Bengals ready to show off new look before national TV audience, with a chance to end September break even. 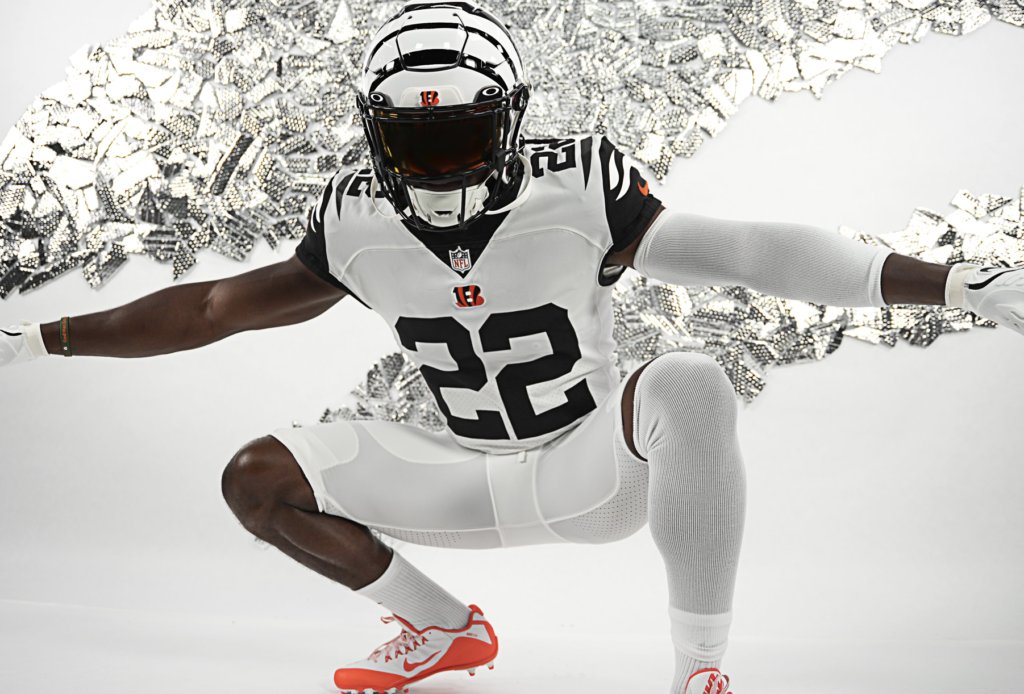 CINCINNATI – When the schedule came out in May, this game felt like that college homecoming opponent that was scheduled for an easy win. It’s anything but now.

A 3-0 start by the upstart Miami Dolphins and new head coach Mike McDaniel has the NFL world paying attention.

“They’re playing with a lot of confidence right now, now that they’ve won three games in a row,” said Bengals head coach Zac Taylor. “They’ve beaten three really good opponents, if you look at New England, Baltimore and Buffalo — three teams with a lot of talent and good coaches. They’re doing a lot of good things right now in all three phases, and I know that our guys are really excited for the challenge.”

All eyes will be on Paycor Stadium Thursday night for a showdown between the unbeaten team atop the AFC East and the defending AFC champions who finally registered a win on Sunday in Jersey against the Jets.

It’ll be a festive night as the Bengals unveil their “White Tiger” helmets and uniforms and then celebrate two new members of the Ring of Honor with the induction of Isaac Curtis and Willie Anderson, both of whom will be in attendance to see their names added to the those of Ken Anderson, Ken Riley, Anthony Munoz and franchise patriarch Paul Brown.

All of the pomp and pageantry doesn’t guarantee good results. The Bengals fell behind 14-0 last year to the Jaguars in this same spot and were nearly down 21-0 before Logan Wilson made one of the biggest plays of the season at the goal line late in the first half, keeping the deficit at 14 points at the half.

The 27-12 win against the Jets on Sunday was a business-like affair for the Bengals but a win over the unbeaten Fins will certainly do wonders for the team’s confidence as they head into a mini-bye this weekend.

“It was exciting to get the big plays we did and the win,” Burrow said Tuesday. “First win of the season is always the hardest. We got that behind us. Now we’re going to be rolling.”

There’s still a tone of urgency to this game for the Bengals. They’re 1-2 and have home field advantage in a game they’re favored to win, not unlike the first two weeks when they lost because they self-destructed at different parts of the game.

The Dolphins enter this game very banged up with Tua Tagovailoa nursing a sore back that the Dolphins say was the cause of his wobbly exit from Sunday’s win over the Bills in South Florida.

The Bengals will be without DJ Reader for several weeks according Kelsey Conway of the Cincinnati Enquirer. That means Josh Tupou and Zach Carter, if active, would have to step up. This also could be the debut of Jay Tufele, who was acquired for depth after roster cutdowns.

Here’s what to look for in Game 4:

Joe Burrow and the offense want to show that last week was no fluke. They scored 20 points in the first half and rode that momentum all game long, playing from ahead and controlling the tempo all day against a Jets team that had no answers for the Bengals active defense and did not find the end zone all day.

“I’ve seen their highlights,” Burrow said. “They came back on Baltimore in the fourth quarter, they’ve got a really explosive offense. We know that they can come back at any point because of the guys that they have. How that changes us, if we get out on top, we can’t let off the gas. They can hit a big play at any moment and get back within striking distance.”

For a second straight week, Chase will see a No. 1 corner try to stop him from putting up big numbers and getting vertical downfield. The difference this time will be that Howard is likely travel with Chase as opposed to Sauce Gardner, who as a rookie was anchored primarily to his spot at right corner.

If it comes to pass and No. 20 isn’t jumping goal post pads, Apple against Hill could be popcorn-watching material. Of course, Hill is still probably very sore about last January, when Apple tackled him at the end of the first half, keeping valuable points off the scoreboard and paving the way for Cincinnati’s dramatic second-half comeback in the AFC Championship. That prompted Hill to say to Apple, “I owe you, boy” after Sunday’s 21-19 Miami win over Buffalo. Mind you, Awuzie could be traveling with Hill or Waddle and Apple could bracket with safety help with someone like Dax Hill. Tyreek Hill had eight catches for 94 yards and Waddle went for four catches, 69 yards and a 42-yard TD pass against New England. Hill went for 11 catches, 190 yards and two touchdowns in the stunning comeback against Baltimore. And Waddle had four catches for 102 yards last week in the win over Buffalo. Bengals DC Lou Anarumo might very well use much of his game plans against KC twice last season in this one.

Asked Mike Hilton about Tyreek Hill chirping Eli Apple, who tackled Hill before halftime in AFC Championship. "It still must be in his head, obviously." pic.twitter.com/mHE4gkhdYu

I get to Cincinnati tomorrow & use the remainder of the week to prep for Thursday nights game 🐅 https://t.co/IWqalzEK0r

Everything is lining up for the Bengals in this one. The Bengals are playing a banged up quarterback and a banged up elite corner on a short week with home field advantage. The Dolphins are coming off an incredibly emotional and significant home win against Buffalo on Sunday. Human nature points to a natural letdown for the Dolphins. But as we’ve seen many times over the years, that doesn’t guarantee anything. The Bengals have to play well off the jump and give Miami a reason to think this isn’t their night. Again, the Bengals have the talent to do this but they have to play well to it and force Tua Tagovailoa into the tight window mistakes he’s been prone to making before his 3-0 start this season. Here’s thinking the Bengals defense is hungry to make a statement on national TV and score at least once, with Eli Apple picking off a pass and returning for six and waving at Tyreek Hill along the way.