Dax Hill back in the mix to bolster defense. 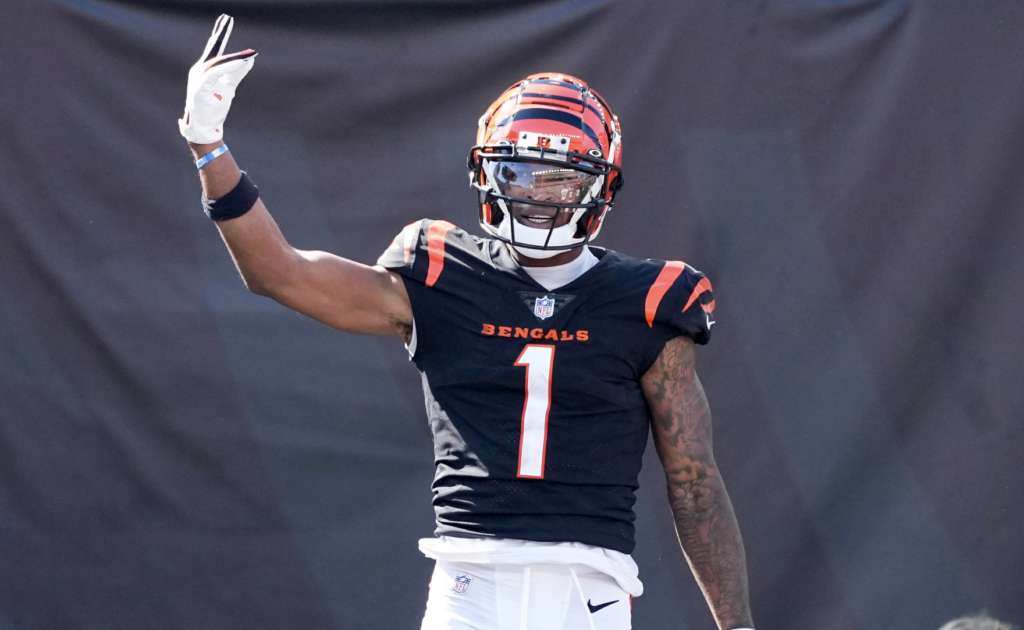 CINCINNATI – The Bengals could take a huge step toward the postseason with a win Sunday in Nashville.

Before the Bengals enter a promising stretch of four home AFC games in their final six weeks, they have one more road test against the team they eliminated in the AFC Divisional Round last year.

If the Bengals beat the Titans, they will not only improve to 7-4 with their first three-game win streak of the season, they will also hold tiebreakers over three projected AFC teams (Miami, NY Jets and Tennessee). They would leapfrog the Patriots (6-5) and stand behind only the Chiefs, Ravens and Bills in the AFC playoff picture. \

Tennessee would be seeded higher because of their division-leading status but if the Bengals win the AFC North, then Sunday’s win becomes that much bigger.

Both Cincinnati and Tennessee are coming off road victories in Week 11, with the Bengals defeating the Pittsburgh Steelers 37-30 for their first divisional victory of the season, and the Titans winning 27-17 at Green Bay.

Cincinnati totaled 408 yards of net offense against the Steelers, fueled largely by 355 passing yards from Joe Burrow. Burrow threw four TDs on the afternoon, with three going to Samaje Perine, as the Bengals turned a three- point halftime deficit into a seven-point win.

“One of my favorite wins since I’ve been here,” Burrow said. “A lot of adversity, AFC North game, bad weather — we fought through and found a way to win.”

Perine figures to get the bulk of the workload again this weekend as Joe Mixon has been ruled out due to concussion protocol all week.

But the biggest storyline for the Bengals could be the return of star receiver Ja’Marr Chase, who missed the last three games with a hip injury. Chase was at practice all week, limited in his participation and enters the game officially as questionable, which is a 50-50 possibility of playing.

Chase did not speak to reporters on Friday, fueling speculation on both possibilities.

Without Chase, the Bengals struggled badly in a 32-13 loss to the Cleveland Browns on Oct. 31. But a 42-21 blowout of Carolina, followed by last week’s 37-30 win after the bye week has given the Bengals the feel that maybe they can survive another week without Chase.

But if it’s determined that he is ready to go and Chase feels ready, then the wide receiver could be clear for this Sunday. He could be on a rep count but Taylor wouldn’t commit to either possibility on Friday.

As for the defense, which got DJ Reader back last week in the middle of the defensive line, could get rookie defensive back Dax Hill back this weekend after he injured his shoulder against the Panthers.

Last week, the Bengals defense turned in three straight three-and-outs to open the second half. The defense allowed just 67 yards before a Steelers TD drive late in the fourth quarter when Cincinnati led by 14. Coordinator Lou Anarumo’s unit forced five punts and a turnover on downs in the final two quarters, and two sacks by DE Trey Hendrickson helped keep Pittsburgh behind the chains. Offensively, Burrow engineered four scoring drives, but perhaps none were bigger than an eight-play, 93-yard march in the fourth quarter that was capped by Perine’s third TD to put the Bengals ahead 34-23.

“We won the second half, and that was what was really important in this game, getting control in the second half,” Taylor said. “I thought our defense did a great job. They came out after giving up 20 in the first half, held them to a field goal but that came on a short field, and then did a great job allowing the offense to regain some momentum.”

The 93-yard drive began with Cincinnati at its own seven-yard line with 9:33 remaining. Burrow and WR Tyler Boyd hooked up for a 27-yard completion to get the offense out of the shadow of its own goal line, and on the following play, Burrow found WR Trenton Irwin — who in the third quarter had his first career TD catch — for a 32-yard gain. The Bengals continued to methodically inch toward the end zone, relying on a myriad of offensive pieces in Boyd, Perine and HB Trayveon Williams, before Perine caught a pass from six yards out and broke the plane.

Perine, who had just three receiving TDs in his 69 previous career games, finished with four catches for 52 yards while also adding 30 yards on the ground. He saw an increased role in the second half, after starting HB Joe Mixon left the game in the second quarter with a concussion. Meanwhile, Boyd, Irwin and Tee Higgins (nine catches for 148 yards) continued to make plays on the outside.

The Bengals know the importance of containing Derrick Henry and making sure he doesn’t run all over their defense and Jeffery Simmons doesn’t break Joe Burrow. The Bengals are rated as one of the best tackling teams in football and film shows they swarm to the ball as well as anyone. Their interior offensive line is playing their best football of the season. They have the ability to contain both game wreckers and here thinking they will.