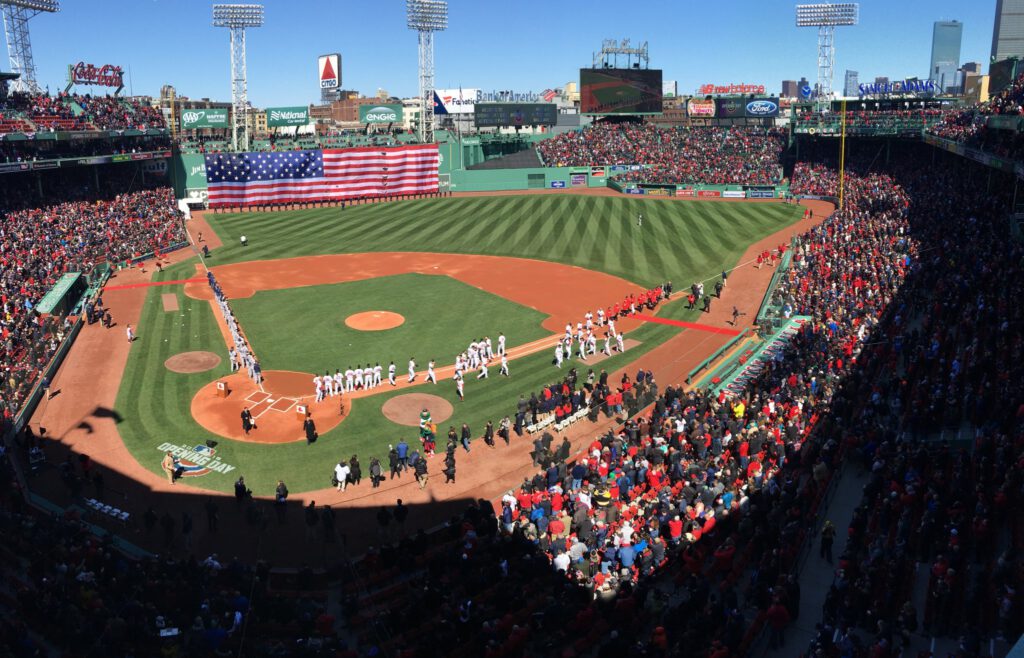 BOSTON — The wind chill was below freezing at 31 degrees. The wind was howling out to right at 18 miles an hour and it was one of the coldest home openers in recent Red Sox memory.

But that didn’t dampen the spirits of the sellout crowd that did turn out on Thursday afternoon at frozen Fenway.

There was plenty to warm the hearts of even the most chilled Red Sox fan Thursday. Here is a taste of it from CLNS Media:

It was the Fenway Park debut of J.D. Martinez. He drilled a line drive in the 7th inning but it found the glove of Rob Refsnyder, who was in his tracks. He received a warm reception during warmups.

Another powerful moment came when the Red Sox had a moment of silence for all the Red Sox former players who have passed away since the end of the 2017 season. Bobby Doerr, who would have turned 100 on Saturday, was given his own moment as one of the most special and “kind” players in Red Sox history. When he died last November, he was the oldest-ever member of baseball’s Hall of Fame.