Was Game 3 Jayson Tatum’s Worst Game as a Celtic?

Jayson Tatum missed all four shots he took in the second half and finished 3-for-14 in a Game 3 loss to the Heat. 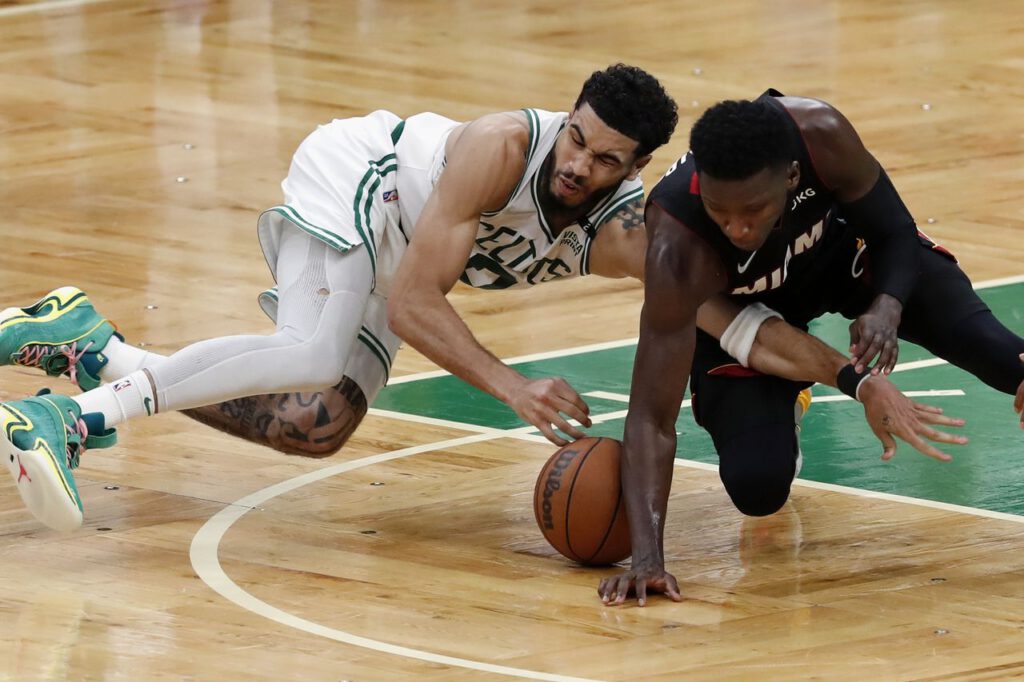 BOSTON — Jayson Tatum shot 3-for-14, 0-for-4 in the second half, and turned the ball over 6 times alongside Jaylen Brown’s 7 as the duo set a new career high in giveaways between them in a game. The Celtics fell behind by 26 points and Tatum was unable to help them as they pushed back within 1 point late, Tatum going to the locker room with a stinger before returning and turning the ball over on a vital possession with minutes to play.

Tatum’s inconsistent postseason continued in the loss, as Bobby Manning and Josue Pavon discuss just how much blame he deserves for Boston’s setbacks compared to the praise he’s received when the Celtics have won.