‘We’re The Team To Beat’: How Tyler Boyd Speaks Truth To Power For These Bold Bengals

Led by the veteran slot receiver, Bengals have the mental make-up to win Super Bowl LVI. 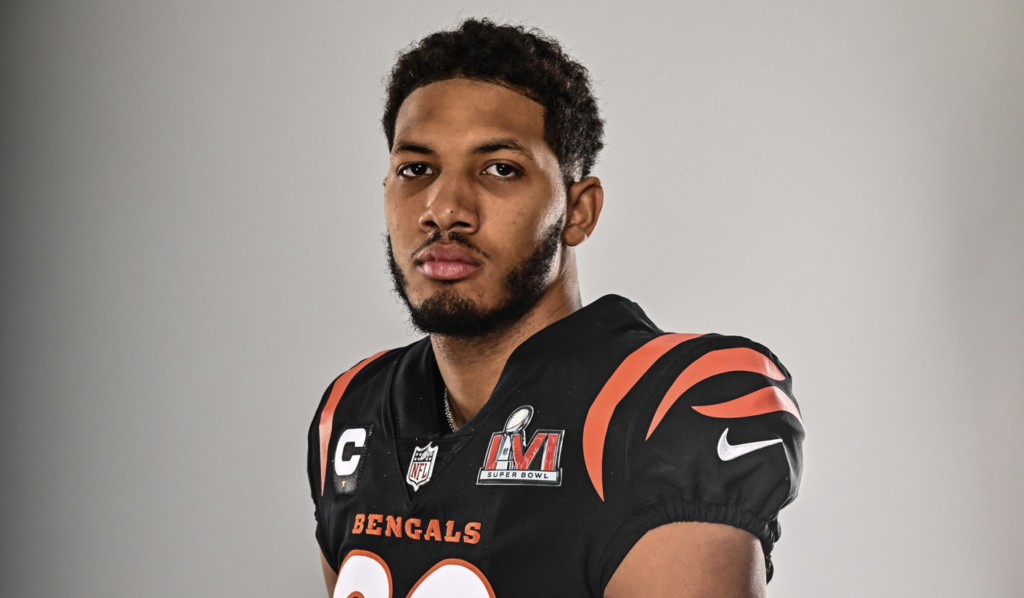 CINCINNATI — Tyler Boyd has never shied away from the confidence that is foundation of his existence in the NFL.

Remember the day after the Bengals beat the Steelers in Pittsburgh this past September?

“The last plays of the game, they gave up. You could see that,” Boyd said of his hometown Steelers during the closing moments of the 24-10 Bengals win Sept. 26 at Heinz Field.

Boyd didn’t back down. The consensus was that the Steelers would be out for revenge in the rematch on Nov. 28 at Paul Brown Stadium. Not so much. Bengals 41, Steelers 10.

Slot receivers like Boyd put themselves in harm’s way every snap, willing to go over the middle or run short or intermediate routes that are in the air traffic of linebackers and safeties coming downhill, ready to plow into the offensive player. With Boyd, he’s not afraid to put himself in harm’s way with his words, either.

When you’re a player like Boyd, you let it be known that you’re not going to shy away from hits or the spotlight. He’s the perfect Bengal to step up on the big stage in LA and shine bright if the moment comes.

And there have been many big moments for this Bengals team in their breakthrough season of 2021. They have a pair of blowout wins against both the Ravens and Steelers. They won on the road in Las Vegas and Denver when the games were tight.

There were few plays bigger than Boyd’s 56-yard catch-and-run against the Broncos late in the third quarter that lifted the Bengals to a 15-10 win in Denver. The Bengals were 7-6 and leaking oil badly, having lost to the Chargers and 49ers in consecutive weeks at home. They needed the game and Boyd, drafted at the start of the dark days in 2016, was there when the team needed a jolt.

Then they beat Kansas City when they trailed by 14 three different times. Boyd came through in the clutch when Joe Burrow was scrambling against the Raiders in the Wild Card round before halftime and found No. 83 in the back of the end zone.

They beat the top-seeded Titans on the road when Tennessee had the ball and a chance to win.

And they pulled off the near-impossible, wiping out a 21-3 hole on the road in one of the NFL’s most hostile environments and beat Patrick Mahomes and the Chiefs in overtime.

The moment has never been too big for these Bengals. The question is, why? There’s no one on the team better qualified to answer that question than the six-year veteran receiver.

“I think because again we know what type of team we have,” Boyd told me. “We’re the team to beat, we didn’t get here luckily, we went out every game, if you watched every second half of our last playoff games or games since we played the Chiefs the first game, we literally went out there and won the game.

“Our defense went out there and had two turnovers in the last two to three weeks. The offense once that’s done, we go out there and we finish it. It’s a collective job once you go out there and execute and at the end of the day it’s going to come down to whichever team wants it the most and we’ve been showing that.”

Boyd couldn’t be more spot on than that. Championship teams don’t flare out under pressure. They respond and shine brightest.

Don’t confuse self-confidence with selfishness. That’s what makes this group of Bengals so special. The wide receiver group of Boyd, Ja’Marr Chase and Tee Higgins work in concert as well as any in football.

If Jalen Ramsey spends time on Chase during Super Bowl LVI, then it will be up to Higgins and Boyd to take advantage. Higgins did so in the AFC championship, catching six passes for 103 yards. Boyd had just 19 yards on four receptions. Two of those came on Cincinnati’s second drive of the game and were good for first downs and set up an Evan McPherson field goal.

“I think all three of us have a good relationship with each other,” Boyd added. “We’re all unselfish players and we know what abilities that we all have. There’s no way teams can come out and double all of us, there’s no way they can take away one guy and the rest of us won’t make plays. I think we do a good job of feeding off each other.

“Once we see one another make a play then we’re going to be the next guy to do that and keep the ball rolling. If we had the chance to keep doing it every play, that’s what we want to do because we believe in ourselves that we can get the job done.”

Boyd has heard the theory that the Bengals didn’t win the game as much as the Chiefs lost it. Boyd and the Bengals don’t need that as fuel for their competitive fire. Thanks to several huge wins against the odds, they already know how good they are.

“At the end of the day I’ve been saying we know what type of team we have,” Boyd said. “We never considered us underdogs. We believe it’s us. It’s that time. It’s not, ‘Oh we feel belittled because they’ve been to the AFC Championship three, four years in a row and they are the team to beat.’ We’re not trying to hear that no more.

“We stepped up and we got the right guys who came into this organization that’s willing to do whatever it’s going to take to win games. And we went out there and won that game. They didn’t just come out there and mess up. We took over.”

Boyd, Burrow, Chase and Higgins need only prove themselves in one more game to sit atop the football world.