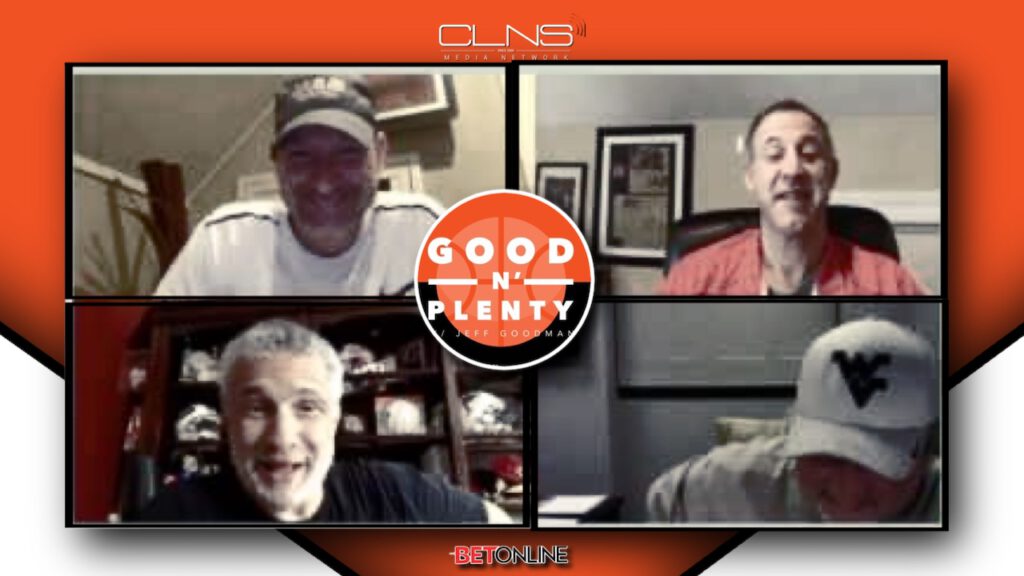 The NCAA Tournament became the largest sports casualty of the coronavirus within mere days of college basketball’s brain trust mulling a tourney without fans. West Virginia’s Bob Huggins was privy to those and ongoing conversations about the future of college basketball.

Like when the conferences slowly shut down their tournaments one week ago, Huggins believes the NCAA will follow the NBA in a return to normalcy. With the pro league already delaying the NBA Draft until August, that likely strikes a major hole in recruiting. Huggins, along with his former assistants, South Carolina’s Frank Martin and UAB’s Andy Kennedy, joined Jeff Goodman’s Good N’ Plenty Podcast with pessimism about the normally busy mid-summer recruiting calendar.

“I don’t see how any decisions can be made early enough to do anything in July, because there’s so much unknown,” Martin said. “We all grew up at the Peach Jam. Do you really think we’re going to be able to sit shoulder-to-shoulder like we did on the sidelines?”

The amount of planning at various levels for coaches, the teams involved and organizers at the South Carolina event. Huggins believes it still could happen, but doesn’t imagine college coaches openly recruiting while the NBA remains shut down.

West Virginia’s coach has drawn attention for his grand idea to return to college basketball with the NCAA Tournament. It may not be the full 64-team field, he said, but a two-weekend tournament with 32 teams could declare a national champion for 2020.

“I think it’d be a great way to get fans excited about college basketball,” Huggins said. “It’s great way for the NCAA to recoup some of their money. It’s going be on CBS, I mean there’s nothing to watch. I’ve been watching Naked and Afraid on Sunday nights.”

Goodman pushed back with the concern teams losing substantial numbers of players to the draft and transfers. The NCAA did not extend eligibility relief to winter sport athletes like it did to spring seasons that got cut nearly entirely. West Virginia is set to lose two seniors and a transfer as well. ESPN slotted them as a four seed in the final Bracketology.

“That’s Cal’s fault,” Huggins quipped. “He should’ve planned for it. That’s what they would tell us … Cal wouldn’t want to do it not for that reason but because it was my idea and wasn’t his.”