What Are the Benefits of Chaga Mushrooms for Immunity 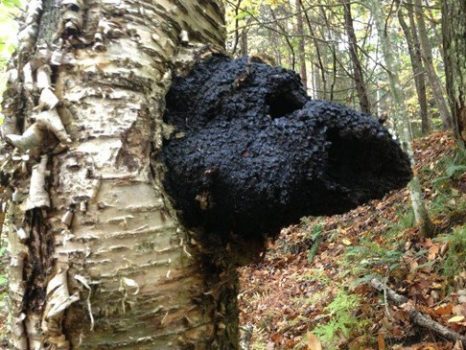 Chaga is a type of functional mushroom that typically grows on birch trees in colder climates, such as northern Europe, Russia, Siberian, Canada, and the northeastern United States. Long used in traditional Asian and Siberian medicine, the chaga mushroom has only recently begun to gain traction in the western world due to its potential health benefits.

Traditionally, chaga would be ground down into a fine powder and brewed as a herbal tea. Today, the mushroom is widely available in powder or supplement form, with chaga mushroom capsules being an especially popular and convenient choice.

There are numerous types of functional mushrooms, but chaga is known to be one of the most powerful. It’s often referred to as the “King of Mushrooms” due to its high nutritional value and array of health benefits. Most notably, though, the chaga mushroom is believed to support the immune system.

Below, we will look at how chaga mushrooms may benefit the immune system.

Chaga Mushrooms and the Immune System

Recent animal research suggests that chaga mushrooms stimulate the immune system and help fight off harmful bacteria and viruses. It’s worth noting that these benefits have not been proven in human trials. Nonetheless, preliminary data is promising.

For instance, a 2005 study reported that chaga extract generated higher levels of chemically protective cytokines in immunosuppressed mice. Cytokines are proteins that act as chemical messengers in the immune system and stimulate white blood cells. Since chaga may promote the synthesis of cytokines, researchers concluded that the mushroom might support immunity.

A separate animal study reported similar findings. It theorizes that chaga may regulate immune response by stimulating the secretion of Th1 and Th2 cytokines. Both of these cytokines are known to help the body respond to certain infections and diseases.

Another reason chaga mushrooms are thought to be powerful immune boosters is due to their rich content of beta-glucans. These are naturally occurring polysaccharides that help balance the response of the immune system. Basically, this suggests that chaga boosts immune response when required and slows it down when overactive (as is the case with auto-immune conditions).

Benefits of Chaga Mushrooms for Immunity

Chaga mushrooms may help you to fight off common colds and flu due to their effects on the immune response. The beta-glucans act as Biological Response Modifiers (BRM) via their capacity to balance the immune system. Plus, the mushroom has potent antiviral and antibacterial properties, also making them useful in the prevention and treatment of infections, from minor colds and flu to more serious ailments.

Normally, when the human body encounters a germ, cytokine is released to help the immune system fight off the invader. However, in some instances, when our immune system mobilizes, it can go into overdrive, causing the release of cytokines to be too abundant. Too many cytokines overwhelm the body and create a “cytokine storm.” This results in the immune system attacking healthy tissue in the body and often leads to inflammation.

Since chaga mushrooms are high in antioxidants, they naturally reduce inflammation in the body. This is important because long-term inflammation is linked to a range of illnesses, including arthritis and heart disease.

The gut and immune system are very closely linked, and 70 – 80% of your immune tissue resides in the digestive tract. Therefore, what happens in your gut is essential to overall health. The gut is responsible for dealing with the pathogens found in everything we ingest. As a result, an effective immune system is vital for fighting off attacks and preventing illness.

The immunomodulatory properties of chaga mushrooms can help reduce inflammation associated with leaky gut, making it a powerful gut-friendly tonic.

When our immune system suffers, so does our mood. Typically, people with colds or flu find themselves feeling drained both physically and mentally. Packed with immune-boosting properties, chaga mushrooms work to keep the body strong, thereby regulating mood too.

Moreover, as an adaptogenic herb, the chaga mushroom helps the body adapt, adjust, and recalibrate itself depending on the environment. For instance, it can help calm the mind in stressful situations or provide you with a boost of energy when you’re tired.

The chaga mushroom is an antioxidant powerhouse packed with an array of beneficial compounds, which are known to help stimulate the immune system. Although human studies are non-existent, research thus far is promising, and there is a general belief that chaga may improve immune health.

Therefore, consuming chaga as part of a healthy, well-balanced diet may do wonders for your overall health and wellness. By improving immune function, these mushrooms may also reduce inflammation, help fight off infections, improve gut health, and more.