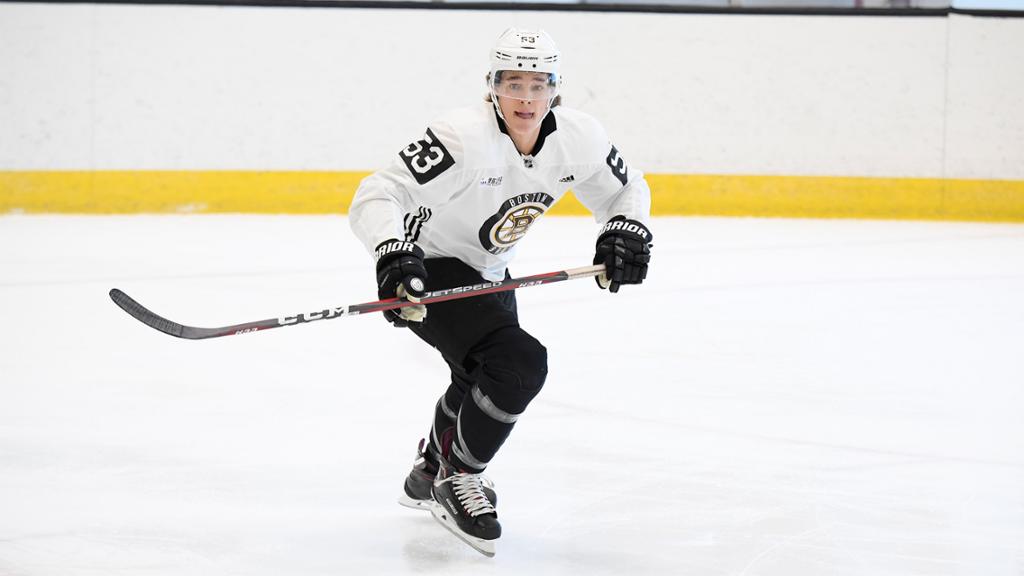 Cracking the World Juniors roster is a dream of almost every young hockey player. Curtis Hall got to live that dream this past winter, representing the United States in the annual tournament.

Hall, who just finished up his sophomore season at Yale University, was one of the lower round draft picks selected to the World Juniors team.

It proved something to the Bruins 2018 fourth-round pick.

“When I was at World Juniors this year, I was one of, not that it even really matters, but I was one of the lowest drafted players,” Hall said on the latest Bruins Beat. “A lot of them are first rounders, second rounders. That in itself was an achievement for myself like ‘ok, I’m here with these guys who are way better.’ I can show that I’m just as capable.”

Though the United States lost in the quarterfinals to Finland 1-0, Hall certainly held his own, scoring a goal and maintaining a solid offensive presence on the national stage.

What helped Hall earn a bid to the team was he was in the midst of a standout year at Yale. He finished the season with 17 goals and 27 points — both numbers good for best on the team.

His second season at Yale in 2019-20 was a stark contrast from his two seasons in the USHL with the Youngstown Phantoms. In 2016-17, he finished with 21 points in 59 games; the next season saw him earn 31 points in 54 games. Ultimately, it lowered his value and draft stock among other skaters born in 2000.

“I could’ve been drafted a lot higher,” Hall said. “I could’ve done a lot better. That pushes me to be better than those other players.”

Hall explained that he often uses this a chip on his shoulder.

“It can go both ways,” he said. “I don’t take it in any way of ‘ok, I’m drafted, I’m cocky.’ I’m really proud of it obviously and I use it to keep motivating myself because I know where I can be.”

Along with the World Juniors, he talked about numerous other topics as well on the latest Bruins Beat, which you can listen to HERE.