What else is new? Patriots are treating prognosticating Jaguars as ‘an elite football team’ heading into AFC Championship 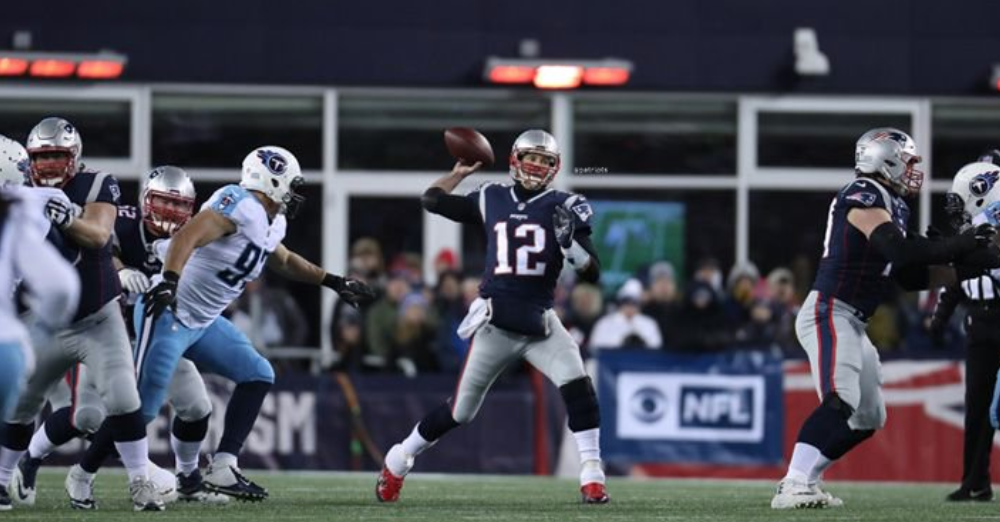 FOXBORO — Few people speak for the Patriots locker room and truly reflect the sentiment inside like Matthew Slater.

The veteran of 10 NFL seasons has developed into a leader of leaders, worthy of his status as a team captain.

And most of all, there will be no guarantees about anything.

Slater doesn’t look at the Jaguars and wonder how an “elite” defense gave up 42 points to the Steelers. All he knows is what he remembers from joint practices in Foxboro in August and what’s he’s seen from the Jaguars all season long.

“This is an elite football team, and I think when we left here in the summer after going against them in the joint practice, we saw these guys [were] going to be good,” Slater said. “They’ve proven it all year long, and this will be the best football team that we’ve played all season long. They’re just playing really, really good football, and they have really, really good players, and they’re obviously very well-coached. You tip your hat to them for going on the road and winning a big game like they did, playing the way that they did with a lot of confidence [and] a lot of swagger. It’s a good team.”

The Jaguars won the AFC South with a 10-6 mark and have won a pair of playoff games to matriculate to Gillette Stadium for the third AFC championship appearance in team history. They’ve lost their previous two, including 1999 when they were heavily favored over the Titans like the Patriots are this week.

“[Joint practice] was like eons ago when you think about the course of a football season, how long it is and what happens over the course of a football season. You look at those joint practices for example, Jalen Ramsey wasn’t even out there. And this guy, he is elite. There are different dynamics to both teams. I don’t know how much we’ll look at those practices, or at that preseason game. I’m sure we’ll take a look at it, but both teams are very different.”

“How do we feel about going to our 7th consecutive AFC Championship game?”

Slater had the line of the week so far when asked about the rather confident stance Ramsey, the second-year All-Pro corner, took at a community gathering on Monday, when proclaiming the Jaguars would be bringing a Super Bowl back to Northern Florida.

“Yeah, that guy is really good, and he should be confident, because he is very, very good,” Slater said. “The good Lord made that guy, and he said, ‘Let there be corner.’ And there he is. I’d be confident if I were him as well.”

“Jalen Ramsey is a good player,” Duron Harmon chimed in. “He talks a lot of trash – that’s a part of his game. You can’t take it away from him. He’s confident. He should be confident in his team. He has a really good football team. The top two AFC teams are left and he’s a part of one of them. His approach to the game is different than ours, but we can’t knock him for it. We know they are going to come ready to play. We just have to match their type of physicality and also just their emotion and their readiness to get ready to play.”

Ramsey and AJ Bouye are both Pro Bowlers on the corners. Brady, 7-0 lifetime against the Jaguars, cautioned Tuesday on WEEI that he’ll let his play do the talking.

“What I’ve learned over a long time is it’s how you play, it’s not what you say,” Brady said. “Everyone has different ways of handling things. We do what works for us.”

The quarterback, though, did not hesitate in offering up his props for a defense that has been rated every bit as good as Minnesota’s in the NFL.

“This is the biggest challenge we’ve faced all year,” Brady added during his weekly interview with Kirk and Callahan on Tuesday. “We’ve had a good offense. They’ve had the best defense. And that’s always a challenge when you go up against those guys. When you watch them play over the course of the whole season, you can see why. There is not a lot of time for the quarterback to throw, and I think the whole secondary knows it. The linebackers know it.

“And they’re aggressive. They take chances. They get a lot of turnovers. They got a really good scheme, and the quarterback is just under pressure all day. Unless you get opened very quickly, there’s a lot of sacks and sacks turns into long yardage and long yardage turns into punts.”

More than anything, Slater believes the Jaguars are mentally strong, having found a way to survive a 10-3 rock fight against Buffalo one week and a 45-42 shootout the next week in Pittsburgh.

“They have the mentality. Coach [Doug] Marrone, having a background as an offensive line coach, they have that toughness,” Slater continued. “They have those types of players who bring out toughness and edge, and it shows up on the film. You can be watching the film for a handful of plays and it shows up. That was something definitely that we saw when we left practicing with them, and it’s something that they’ve consistently shown all year long.”

Josh McDaniels is the man who must give Tom Brady a game plan to handle, Ramsey, Bouye and the most consistently productive defense in AFC this season.

“They have really, really, really good players at all three levels of the defense. They’re very well coached. We had an opportunity to practice against them in August, and that was apparent then and it’s apparent now that they’re very well-coached, rarely out of position, know what they’re supposed to do in each one of their calls,” McDaniels said in Monday’s conference call. “They get lined up and play fast and aggressive and have got an incredibly disruptive front that’s deep and talented. They’ve got really fast linebackers that are very disruptive that can do everything that you need linebackers to do – they run, they tackle, they cover, they turn the ball over, they blitz well – and then you’ve got a really, really good secondary that contests a lot of throws and makes it very difficult to have a lot of success in the passing game. So, there’s nothing they don’t do well.”

“A hungry team. A team that went out there, probably felt disrespected all week and nobody gave them a chance,” added Harmon. “The team just played for each other. They knew they had the pieces to win and they showed it. They made plays. Probably as physical as anybody in the league. It’s a really good football team that’s going to come here ready to play and ready to win.”

In other words, the Patriots are not about to give the Jaguars a chance to play the disrespect card. Never have, never will.