What Happened to Jaylen Brown in Celtics vs Bucks Game 1?

Jaylen Brown paused post-game when asked about how his hamstring impacted his play. He turned the ball over seven times in a Celtics Game 1 loss. 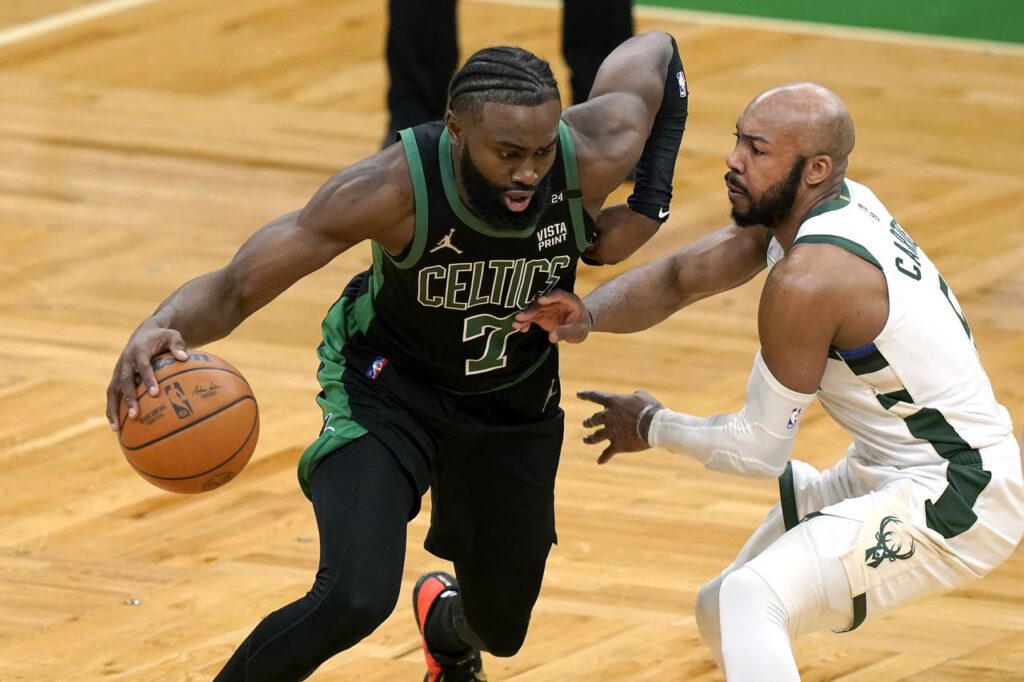 BOSTON — Jaylen Brown turned the ball over 7 times and struggled to shoot (4/13) in his return from a hamstring ailment that plagued him after the end of the Nets series. The Celtics’ offense fell flat around him too, scoring 89 points in a Game 1 loss vs the Bucks. Jayson Tatum met intense defensive pressure and Milwaukee took the paint away, forcing Boston to settle for jumpers. Is Brown’s hamstring still impacting him, and what can he do to jump-star the Boston offense?

Plus, Marcus Smart gets injured in a physical, grueling loss to open the series and give up home court advantage. Bobby Manning and Josue Pavon report from TD Garden.