What Happened to Robert Williams III in Celtics Preseason Opener? 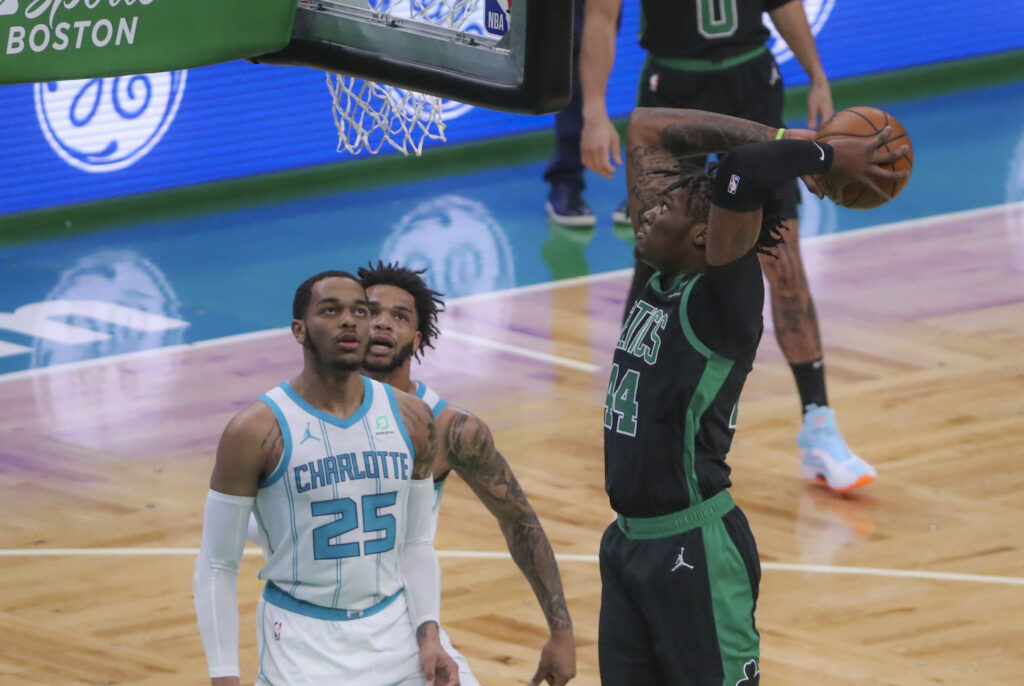 Robert Williams III last missed seven shots in a game on Jan. 2, 2018 playing for Texas A&M against Florida. The high-flying, 70% career NBA dunker makes nearly every shot he puts up, or rather throws down. A single Williams miss is a rarity, since he’s usually a foot over the rim, staring down at the cylinder.

That changed Monday, when every one of his attempts missed. Two dunk attempts went flying in the other direction. A pair of elbow jumpers bounced off the rim, two long shots bricked and Williams got blocked from behind on a layup attempt.

The Celtics worked on Williams’ shooting touch in camp and that, in part, played into an 0-for-7 performance. Williams took only 26 shots outside of the paint during the 2020-21 season, converting 34.6%, well below his devastating 80% efficiency at the basket. He did show promising touch between 3-10 feet, shooting 51-for-81 (63%), something Ime Udoka seems at least mildly intrigued by. 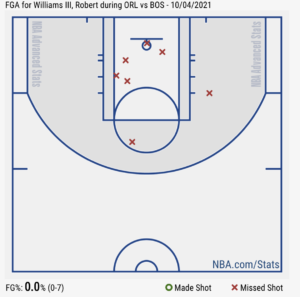 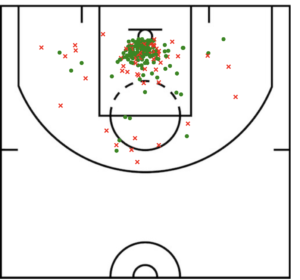 “I think he may have settled for a few when he should’ve rolled a little bit more,” Udoka said after the game. “They ran a pretty deep drop coverage, so he was dropping in the mid-lane, we’ve been working on his touch shot, floaters and some of those, but sometimes we even had to tell him, like Al was doing, he was hitting and really getting out on the roll. We want him to do that, especially with him being such a good lob threat, so it’s a mix, he showed he can make some, but we know where his bread is buttered, and him getting to the basket and causing some tension down there.”

Williams gained weight over the summer and entered camp feeling a sense of urgency to earn the $54-million extension he signed. He listed goals for himself, quipped he needed meat on his bones to match up with bigger centers like Andre Drummond. He also hoped to not gain too much weight that it would impact his versatility, which came into question Monday, when he didn’t display his usual vertical dominance and efficiency.

It’s too soon to tell if weight gain impacted Williams. Mo Bamba, a seven-foot center with a 7’10” wingspan, boasts more than enough length and explosiveness to rise up and erase any player’s spot at the rim — even Williams. That’s still rarely a play Williams struggles with. The Celtics wanted him to break to the basket quicker, since he too often he found himself stuck in-between against drop defense. This play against 6’4″ Jalen Suggs on a cut to the basket raised more red flags than any other, with Williams too slow to rise and finish.

“He did miss some easy shots, but also settled for some mid-range that he didn’t have to,” Udoka said at practice on Thursday. “We told him obviously you want to get back to what you do well, which is a hard-roller, being a lob threat, catching those pocket passes … setting screens, he slipped out of a lot of screens and we really want him to set those, cause a mismatch two-on-one on the back side, and then he can get out to his rolls.”

Williams wanted to gain some repetition, rhythm and get his feet under him in the game. He doesn’t need to do much more than what he provided a year ago on offense to help the Celtics, as long as he’s available. Williams said didn’t feel pressure Monday, yet he appeared to press in the game. His passing, a signature aspect of his game, not as present and at times erratic, like on a mis-timed lob to Jayson Tatum. On defense, Williams also adjusted to a new switch-heavy scheme Udoka instituted, which is different from the drop coverage Stevens often implemented.

Udoka started Williams on Monday and expects to pair him with Al Horford often. The pair both pass, defend with length, while Horford’s shooting contrasts against Williams’ versatility. The duo got pulled to the perimeter often by the Magic, forced to navigate screening action and Orlando buried 40.5% of its threes. Udoka is split between complementing Williams with his old mentor, or utilizing Horford as a strict backup to Rob, able to provide more space at the five. The Celtics do expect to name regular starters, but also match up flexibly in rotation.

“Obviously, I got to slide my feet way better,” Williams said. “Practicing against my teammates, Payton, JB, JT, Dennis is preparing me to play against guards when we got to switch. You’ve got to just trust your teammates got your back, take away shooter’s tendencies, take away driver’s tendencies, know you got help.”

Elsewhere, the Celtics struggled to hand off in the switches, secure rebounds and close out on shooters. Jaylen Brown got on Williams for disappearing from a player after successfully contesting a shot that Orlando recaptured with an offensive rebound. Williams got stuck around screen action trying to track down shooters. The Magic won Williams’ minutes by nearly 12 points per 100 possessions, as Udoka turned toward a more reliable Horford midway through each quarter.

My attempt to get some feedback from Horford fell flat on Zoom, but Williams raved about the chance to be back next to Horford this year. Williams learned professionalism from him on and off the court, seeing Horford as a father of four lead his family as Williams welcomed his own daughter into the world. Amid a whirlwind of expectations, Williams worked on improving his regimen with trainers to stay healthy, learned to manage his energy on the floor and improved his conditioning over the offseason.

“Sometimes when I do big dunks in practice or whatever, Al will come up to me tell me, ‘Save it, you know what I’m saying?’” Williams told The Athletic. “I’m young, I’m used to dunking every time. But you do have to proportion it, you do have to save it, and that’s another part of him being a great professional. He can put it on when it’s time to pull it out.”

That’s another aspect of Horford’s game Udoka praised last week, finding the right time to turn it up and peak during the progression of the season. He expects Horford to play regularly this year, even on back-to-backs, which leaves Williams in a pseudo-competition for matchups like Saturday’s against Toronto. The Raptors play an array of wings, likely eliminating the larger look for the Celtics in favor of more perimeter oriented matchups. Williams vs. Horford could become the closing decision once the regular season begins.

Horford felt comfortable on the perimeter, even through sloppy handoffs with Dennis Schröder, who admittedly had as uphill of a climb into the switching system as any player on the team. Williams, too, needs to find comfort in those spots, which he’s shown when he sits on jump shooters and blocks their shots. All-Defense ranks among his goals for the season, so he’ll need to show he can take the floor in a variety of systems against various offense.

“First week or so of practice, first game, we really overemphasized switching on and off-ball, the communication piece. That was the scheme for the game,” Udoka said. “We’ll go game-to-game, obviously it’ll be personnel-based, but something that we’ve had them do for the last four days of practice and in the scrimmage to kind of implement that and get them used to that … later in the game, we were getting hurt by that and took Enes out of it … that’s one of our schemes for sure.”