Reliable football player, Super Bowl LI hero, and all-around great person are what come to mind when you think of former Patriots running back James White. 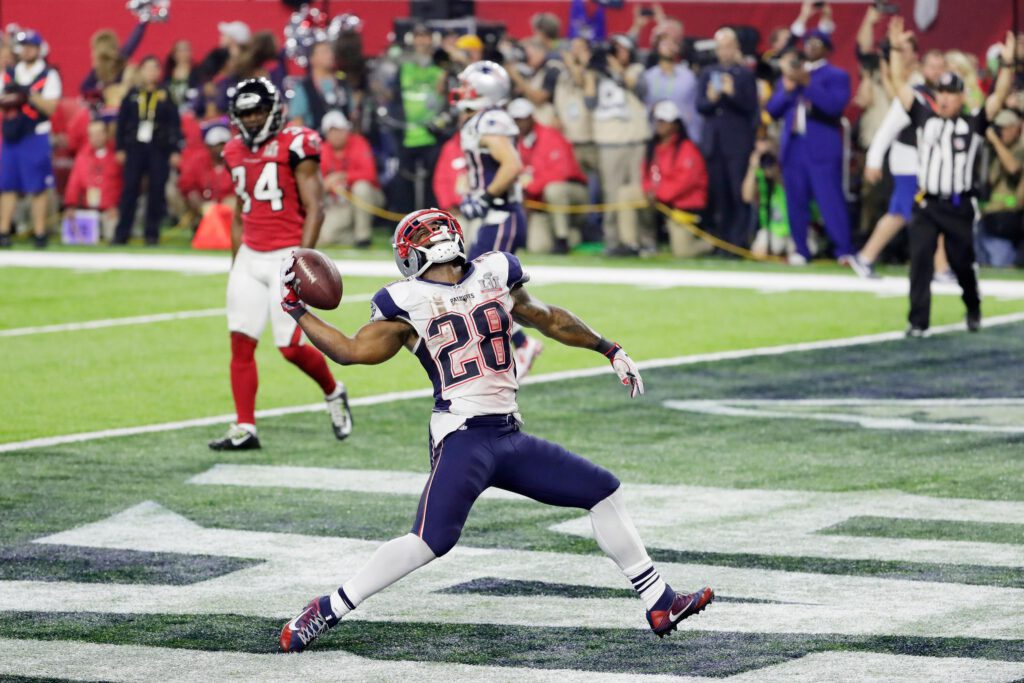 Patriots PR perfectly outlined just how important White was to New England’s passing game during his tenure in Foxboro:

[White] finished his career in eighth place on the club’s all-time receptions list with 381 and ranked second among Patriots running backs, behind the 431 receptions by Kevin Faulk. His 3,278 receiving yards are second among the team’s running backs, behind the 3,701 yards by Faulk. Since 2015, White led all NFL running backs with 376 receptions and 25 receiving touchdowns and his 3,255 receiving yards ranked second. In 2018, he set the team record for a running back with 87 receptions for 751 yards and tied the team mark with seven touchdowns. White set Super Bowl records with 14 receptions (110 yards) and 20 total points (two rushing touchdowns, one receiving and a 2-point play), including the game-winning touchdown run in overtime, to clinch the 34-28 victory over the Atlanta Falcons in Super Bowl LI.

From a fan’s perspective, White will be most remembered for his heroics in the Patriots 34-28 Super Bowl LI win against the Falcons – a game where he hauled in 14 passes for 110 receiving yards and scored three total touchdowns – one of which was the game winner. White’s 14 receptions and 20 total points are Super Bowl records.

Around the hallways of Gillette Stadium, however, White will be remembered as a club captain, a loyal teammate, and an all-around great person.

He spoke with the New England media on Tuesday evening to discuss his NFL and Patriots journey:

Patriots owner Robert Kraft opened up the press conference with a quote from Devin McCourty last week. McCourty said on White: “I think the biggest thing for me with James is – you don’t say this too often about people – he’s one of those guys that one day if my daughter said ‘I’m going to bring home a guy like James White,’ I’d be excited. To come in here and not play much – really not at all – as a rookie, and worked his butt off.”

Coach Bill Belichick got some laughs out of the room when talking about White’s combine numbers: “[they] weren’t too impressive. Weren’t big, weren’t fast.” What those numbers didn’t measure was James’ leadership, heart, and dedication to the game and his teammates.

I asked White what his favorite memory was as a Patriot. He said with conviction “The Super Bowl”, noting what went into getting there and being able to play in so many. I followed up with him asking what his went through his head when Josh McDaniels called a toss. “I’m exhausted! I gotta get in the end zone,” White told us.

Kraft also noted White’s Super Bowl LI performance, telling us that, “that Super Bowl… it’s the greatest message never to give up, no matter what the odds.”

What James White brought to the Patriots is irreplaceable. His moxie, his team-first attitude, and the way he represented the Patriots will be longed in New England for a very long time.

Cheers to you, Sweet Feet. You will certainly be missed here in Foxboro.