What the Bruins Plan Should Be In Free Agency 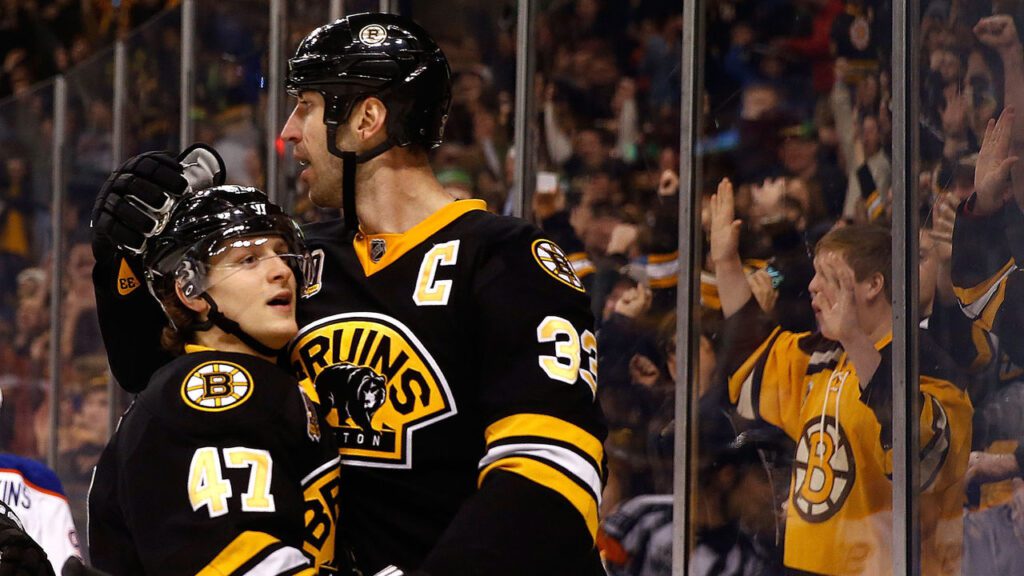 With the NHL Draft over and out of the way, now the fun begins.

The Bruins are set to have an extremely impactful offseason — both for now and the future — and with no real fireworks happening for them at the draft, it appears as though they’re saving them for free agency and the trade market.

NHL free agency opens Friday. The Bruins have Torey Krug, Zdeno Chara, Joakim Nordstrom and Kevan Miller as unrestricted free agents. Jake DeBrusk and Matt Grzelcyk are restricted free agents, so Friday isn’t as critical for them. Sweeney has said Nordstrom probably won’t be brought back. It’s hard to imagine the Bruins do the same with Miller given his injury history.

When it comes to Krug, Chara and the rest of the NHL’s free agents, the Bruins have some really big decisions to make. The Bruins certainly have the flexibility to make some moves with just under $15 million in cap space.

Here’s everything the Bruins should do in free agency.

RE-SIGN CHARA TO ANOTHER ONE-YEAR DEAL

This should be a layup.

Is Zdeno Chara the same, dominant defenseman he used to be? Of course not. But that doesn’t mean he doesn’t have value.

The 43-year-old captain’s future appeared to be up in the air after the Bruins second-round exit against the Lightning. In his exit interview, however, Chara stated he wanted to stay in Boston and continue to play.

The Bruins should meet his demands.

Chara’s days in the offensive zone are done and him breaking the puck out of his own zone makes Bruins fans wince. The plan for Chara next season should be one of third-pairing minutes, defensive zone draws, penalty kills and protecting the lead late in games. Chara’s new partner should be Connor Clifton or Jeremy Lauzon.

His leadership and locker room presence also carries a ton of value and if the Bruins have their hearts set on one more kick at the Stanley Cup, Chara’s name should be on the roster.

Another thing people seem to be forgetting is if Krug and Chara both aren’t brought back to Boston, the left side would then be Matt Grzelcyk, Jeremy Lauzon and John Moore. Maybe Urho Vaakanainen gets a shot as well. Nevertheless, that left side just doesn’t have the same punch, size and depth as one with Chara.

Prediction: One year, $1.5 million for Chara back in Boston.

Notice how I didn’t say “let Torey Krug go elsewhere”. That could still happen. Most likely, Krug does dawn a different uniform next season and makes his money in a different city.

However, the Bruins reportedly did offer Krug a six-year, $6.5 million AAV deal. Given that Krug hasn’t accepted it yet, it’s safe to assume he wasn’t a huge fan of the offer.

It’s entirely possible Krug heads back home to the Detroit Red Wings where they have all the cap space in the world to satisfy him with whatever money he wants. It’s also possible teams are scared of the flat cap and Krug is left on the market for weeks, leading him to walk back to Boston and try to negotiate a better deal or settle on the money offered.

“We’d consider anything at this point in time including the fact that several free agents have have gone and tested the market and come back to the same place that they were at, and it’s something we would also consider,” Sweeney said prior to the draft. “There’s no way in hell you’re going to change my opinion of what I think Torey has the right to do and I believe that. So, he’s put himself in a great position either with us or with other teams that have interest in him.”

It appears as though the Bruins are fine with Krug testing the market and probably signing a deal elsewhere. It’s a safe bet the Bruins go into next season with who they currently have on the left side or bolster their top-four crew via trade.

It’s the move every Bruins fan wants their team to make this offseason, and rightfully so: Taylor Hall is the most lethal, offensive winger on the market. He’d be a surefire fit in the Bruins top-six, which is certainly an area of need.

Hall has said he’d be willing to take a short-term deal. If that’s the case, the Bruins should take a flyer. After all, Boston is still a Stanley Cup contender and Hall certainly wants to go to a winner.

The issue would be money.

If Hall is to take a short-term deal, don’t be surprised if he asks for over $9 million per season. It wasn’t too long ago that Hall was a Hart trophy winner, carrying the Devils to the postseason in 2017-18.

The Bruins wouldn’t be wise to outbid everyone for Hall because there’s better value farther down the ranks of free agency, which we’ll get to in a bit. But if Hall is willing to take less to join an established, veteran crew in Boston, Sweeney would be wise to pull out all the stops.

Just imagine the Zoom presentation given by Sweeney and the Bruins to Hall. I’d be very curious as to what they might show. The success of the teams? Fenway Park? Regina’s? Faneuil Hall? All the Dunkins? Downtown traffic?

Would they do a powerpoint? Videos on Zoom tend to be a bit choppy, so that wouldn’t be too engaging. Zoom meetings do save travel time and are safer during these COVID-19 times. But if there’s one thing for certain, it’s that attention spans are much shorter on Zoom.

When I mentioned there was better value farther down the ranks of free agency, Tyler Toffoli is exactly who I was talking about.

Elliotte Friedman of Sportsnet recently reported that due to the Canucks tight cap situation, Toffoli would hit the market. Toffoli is no where near the offensive weapon that Hall is, but he’s good enough to be a legitimate, top-six right winger, which is literally just what David Krejci needs.

Toffoli’s numbers weren’t exactly eye-popping in his final two seasons with the Kings, but that’s in large part due to Los Angeles’ offensive woes. He’s not far removed from his career-high in goals (31) in 2015-16. Put him next to Krejci, and that goal total is certainly attainable. In 10 games with the Canucks during the regular season, he put up six goals and 10 points.

The best part about Toffoli is that he won’t cost a lot. His last deal netted him $4.6 million per season. It’s hard to imagine he gets above $5 million on his next contract.

If the Bruins can snag Toffoli on a four-year deal at roughly $19 million, that’s a huge upgrade and a smart move by Sweeney and the B’s. Toffoli should be their main target in free agency.

When it comes to “steals” of free agency, Craig Smith would rank near the top in that category.

Smith totaled 51 points in 2017-18 and in the following two campaigns posted totals of 38 and 31. But what really makes him a steal are his advanced analytics.

If the Bruins were to put Smith with Charlie Coyle, that’d be an incredibly dominant line at 5v5. To have that as the third line would be valuable for two main reasons. For one, the Bruins could rely on them to score consistently due to Coyle having the same right wing all the time. The other reason is come playoff time, Coyle and Smith on the third line would be great for line mismatches, which we know Bruce Cassidy loves to exploit.

Smith’s most recent contract carried a cap hit of $4.25 million. Don’t expect Smith to make much more than that on his next deal. Since he’s 31, anticipate his next deal coming in at just under $4 million. If the Bruins could ink Smith for three years, $3.9 million per, that’s a huge win for Sweeney and his checkbook.