What Were the Patriots Thinking? Bold Moves Define Day 2 of the Draft 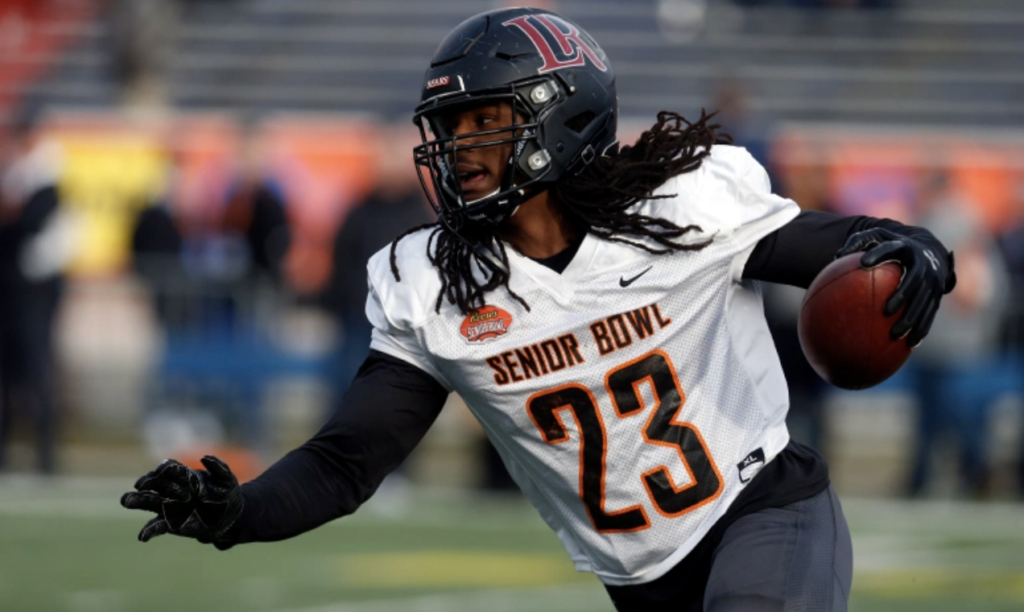 Friday night served as a good reminder to not to fall prey to snap judgements.

When the Patriots made safety Kyle Dugger out of Lenoir-Rhyne their first pick of the 2020 NFL Draft, the natural reaction was not only who but where?

Bill Belichick loves to talk about how much he leans on his scouting department to scour all parts of college football. And it doesn’t get more obscure than a Division II program in Hickory, North Carolina. The Patriots would take two more defensive players before finally appeasing the fans who are still looking for that next Gronk. In Devin Asiasi out of UCLA and Dalton Keene, they get two tight ends who figure to come in right away and fight for a spot on a depth chart that currently features Matt LaCosse and Ryan Izzo.

Here’s the thing to always keep in mind. The scouts don’t ever recommend where to take a player in the draft. They determine the fit for that player in the Patriots scheme on offense, defense or special teams. The ones who pull the trigger, Nick Caserio and Bill Belichick, are the ones who read the board and make the final determination because they want a certain player.

“I wouldn’t say it’s necessarily part of the strategy,” Caserio told me. “I think you have to look at the players holistically, right? Just kind of work across positions, just make a determination based off of how you have the player graded. If you end up picking multiple players at the same position, then that’s fine.

“A lot of this is really, we talked about this, it’s driven by how we have the players sort of graded and/or ranked. Ultimately, we’re just trying to build as much depth and quality on our team as possible. There’s a myriad of ways you can do it. We’ll continue to try to just add the right players for our team and our program to the best of our ability, understanding that there probably be some changes and modifications between now and the start the season.”

Which brings us back to Dugger. The Patriots did their homework and, more to the point, they knew other teams were hot on the trail of this 6-foot-2, 220-pound athletically explosive football talent. You can say a lot of things about the Patriots missing on wide receivers or defensive backs in the first or second rounds. But no one reads the draft board better than Belichick and Caserio, especially when they target a player they feel other teams have a bead on.

“He was a player actually we did part of the spring scouting process,” Caserio said. “It wasn’t as if he was a new player. I think there are certain players at a lower level of competition that are earmarked and call it this time of year during the off-season. Like I said, he had played a couple years. He started as a junior, so he was a player that was identified. We did work on him. Our scouts went in during the fall.

“We had multiple go into Lenoir-Rhyne and the valley. Certainly, you don’t want to wait till the last possible minute. He was a player at this time of year, we talked about this, as a matter of fact our scouts have been working on spring scouting for the next draft in 2021. He was a part of that process. There was a number of us that saw him during the fall, then again in December, January, Senior Bowl obviously when your whole staff is there. We worked through the progression of combine. He was at a multitude of checkpoints. We were able to kind of monitor that progress as he goes.”

The Patriots followed up drafting a player from a no-name school by going to one of the most famous college programs in history, selecting edge Josh Uche out of Michigan. Uche is rejoined with former Wolverine teammate Chase Winovich.

The Patriots weren’t done being defensive. They opened the first of their three third-round picks by taking linebacker Anfernee Jennings out of Alabama. The Patriots lost Kyle Van Noy and Jamie Collins and their response was to plug in three players they feel bring athleticism and versatility.

“I’m sure once the draft is over, there will be some other players that will probably be added to the team that we’re not even talking about right now,” Caserio reminded everyone early Saturday morning, just after midnight. “It’s a pretty fluid situation. It’s ongoing. I mean, I think you have to look at the ability of how do you get those players on your team, if you want to work with them, what’s the best avenue and way to do it, and go ahead and make that decision based on the information that you have at that time, understanding that it could change.”

How fluid? The Patriots are the masters of adjusting to the draft board as it’s unfolding. No team does it better. Want proof. After pulling off a trade to move out of the first round on Thursday night, they executed three deals on Friday night, executing a trade with Baltimore to move up to No. 60 to take Uche. They used the No. 100 pick to move up to No. 91 to get Asiasi and before wrapping up for the night, they made a deal with the Jets, of all teams, to move back to No. 101 and take Dalton Keene.

No one masters the big board like the Patriots. And, whether you know their names or not, they mastered it again Friday night. Now the question is, will that mastery translate into production on the field.