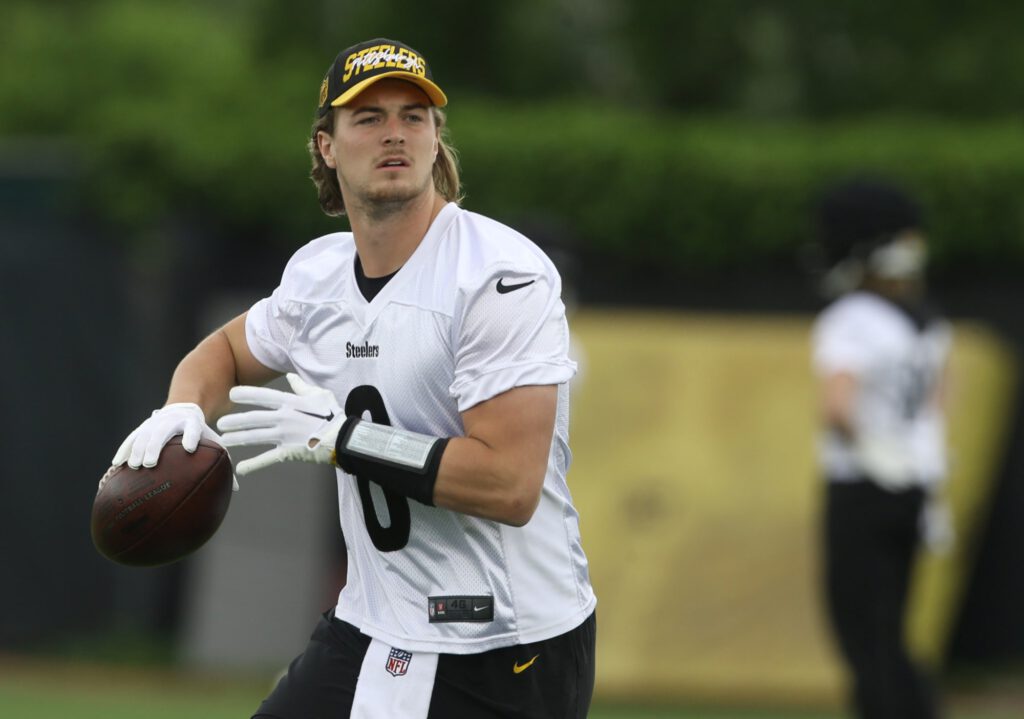 We are now just 11 weeks until kickoff of the NFL season, and minicamps are officially coming to a close.

As you know, the quarterback is the most important position in football, and the rookies quarterbacks are always the most fascinating stories to follow during the offseason.

Back in the day when I wrote for Guy Boston Sports, I explained the narrative on rookie QB’s and how they usually end up starting sooner than you’d expect:

The narrative with rookie quarterbacks, outside of the phenoms who step in week one, is that they will redshirt for their entire rookie season and just learn from the guys in the room. However, this rarely plays out in practice. A few recent examples:

The belief with this years quarterback class is that Trevor Lawrence and Zach Wilson will step in right away, while Trey Lance and Justin Fields are considered projects. The wildcard is Mac Jones.

Mac Jones was certainly a wild card – as he was without a doubt the best rookie quarterback last season. He clearly commanded the Patriots offense and was the only one to take his team to the postseason.

Who will the the wild card this year? Take a look at BetOnline.ag’s odds on the upcoming QB battles, and see where I stand on each of them:

Who Will Start Week 1? – Atlanta Falcons

The Falcons are in a very interesting spot – as they completely revamped their quarterback room this offseason.  They got rid of franchise cornerstone Matt Ryan, signed veteran Marcus Mariota to a one-year deal, and drafted Desmond Ridder in the third round.

Their offense has plenty of weapons who are bound to be successful in the future. Tight end Kyle Pitts is bound to be the best in the game, rookie Drake London was the first wide receiver taken in the 2022 draft, and Calvin Ridley was a stud before being suspended for the entire season for betting on sports.

Mariota (-550) will start the season as a placeholder as they have nothing to play for until 2023. I don’t see Ridder having a shot at the job.

Who Will Start Week 1? – Carolina Panthers

I wrote about how much I LOVE Matt Corral earlier this offseason:

The QB ahead of [Corral] is Sam Darnold, who certainly has had his ups and downs during his NFL career. Once considered a prodigy coming out of USC, Darnold struggled with the Jets before being traded to Carolina when New York decided to move forward with Zach Wilson.

According to reports, the Panthers thought Matt Corral had the best tape among the rookie QB’s, but off the field issues were what made him slide to the third round. I mean, just look at this throw:

There’s no doubt that Corral can play in this league. Barring Carolina trading for Baker Mayfield or Jimmy Garoppolo, I expect him to beat out Darnold and be the Panthers starting QB for week one.

Long story short, I love this bet. Corral (+250) is great value as I don’t think the Panthers are tied to Darnold at all.

Who Will Start Week 1? – Pittsburgh Steelers

Arguably the most fascinating QB competition this offseason is what is going on in Pittsburgh. The Steelers were the only team to take a chance at a signal caller in the first round taking Kenny Pickett with the 20th overall pick.

They also signed veteran Mitchell Trubisky from the Buffalo Bills – who never caught on in Chicago after being the number two overall pick and ended up learning from Brian Daboll this season.

I think they’ll let Pickett ease into the offense behind Trubisky (-175), but I wouldn’t be shocked it they hand the reigns to the rookie by the middle of the season.