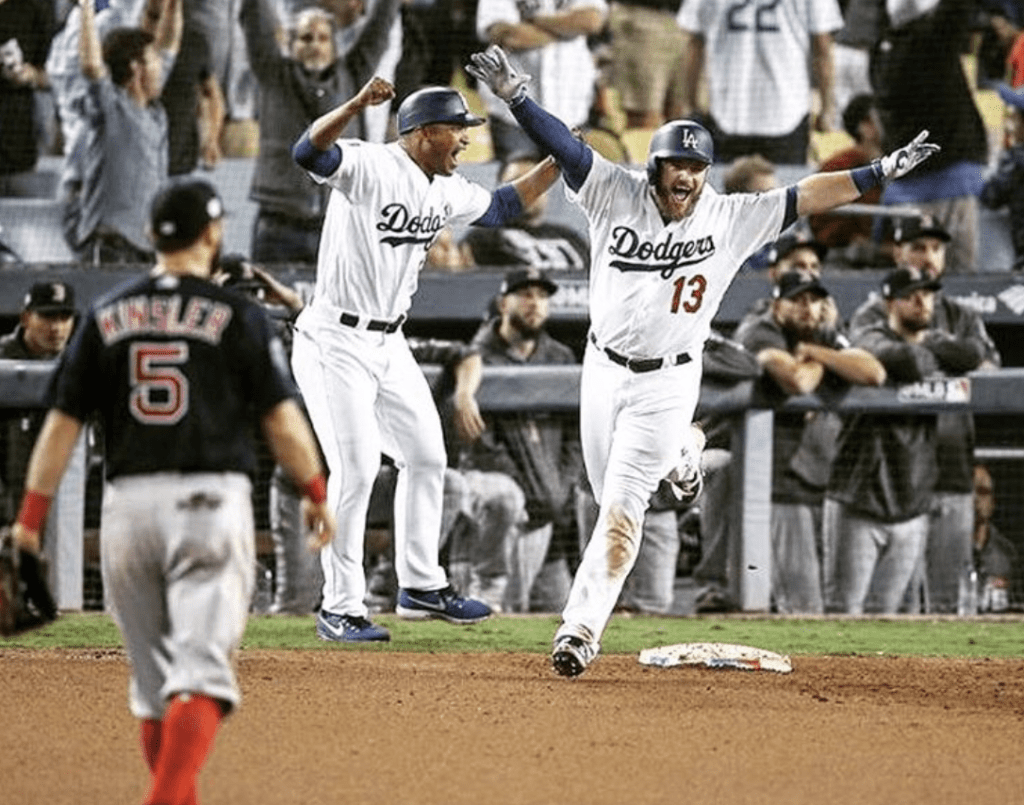 LOS ANGELES — Now comes the hard part for the 2018 Red Sox. After 117 wins and a path to a 2-0 lead in the World Series, this group must find a way to put one of the hardest losses in franchise history behind them.

They have little time to lick their wounds following one of the single most gut-wrenching games in their long and remarkable history. And that’s a good thing.

What happened here Friday night at Dodger Stadium is beyond comprehension. There are only three games that compare with what we saw unravel in the 13th inning and completely disintegrate in the 18th inning of baseball madness.

“This was a gut-wrenching game for both sides,” said Max Muncy, whose opposite field homer off Nathan Eovaldi ended the longest World Series game in history after 7 hours, 20 minutes of heart-pounding drama. “This is one of those games that whoever came out on top is going to have a lot of momentum going into tomorrow.

“This was an extremely long game, 18 innings. A lot of pitchers were used. Every position player was used. Injuries on both sides. Their guys are banged up, our guys are banged up. It’s one of those things when you’re able to come out on top from a game like this, you have to feel it gives you a little momentum going to the next one.”

All of the feels. pic.twitter.com/OxacegqDC1

Ian Kinsler’s error on what would’ve been the final play of Game 3 and given the Red Sox a 3-0 lead in the 2018 World Series is rivaled only by Bill Buckner’s gaffe in Game 6 in 1986 and the Aaron Boone homer in Game 7 of the 2003 American League Championship Series.

In 1986, the Red Sox had a 3-0 lead in the sixth inning of Game 7 two nights later before losing 8-5. So they bounced back but had the advantage of a Sunday day off because of a rainout. The seasons, of course, ended in epically crushing fashion in 2003 and 1978. Baseball, as great as it was, was not on the same level of conscientiousness when Enos Slaughter beat Johnny Pesky’s throw to the plate in Game 7 of the 1946 World Series.

There will be those who rate the Bucky Dent homer more crushing. But in terms of its draining and lasting effect, that one Kinsler moment has undeniably altered the series and given hope to a Dodgers team that was all but finished.

But the Red Sox are still up 2-1 in this Series, with two games guaranteed back at Fenway if they need them. But they were one bad throw from a 3-0 lead, putting the Red Sox on the brink of their fourth World Series title since 2004. The winner of such a game on baseball’s biggest stage has new life. The Red Sox now have the ability to bounce back and still close it out in SoCal.

While Kinsler wears the goat horns, the Red Sox had plenty of heroes in Game 3, led by Nathan Eovaldi. What he did was among the most titanic efforts in Red Sox postseason history. He threw six innings, two days after his second straight 1-2-3 high-leverage eighth inning relief effort. Pedro Martinez (of Game 5 1999 ALDS fame) acknowledged as much after.

What Nathan Eovaldi did for the @RedSox was priceless and showed a lot of guts and heart. This outing definitely guarantees that everybody will be looking at him.

One wonders just how many 100 MPH bullets the righty has left in his holster. The Red Sox enter Games 4 and 5 knowing they are likely without their best bullpen pitcher of the postseason.

David Price, Craig Kimbrel, Joe Kelly and Jackie Bradley Jr. all had their contributions, as did a beat up Eduardo Nunez in the 13th.

The Red Sox have lost just 57 times in 2008, and just once on the road in the postseason. Friday was their most crushing but great teams with 108 wins have overcome adversity like this before to claim baseball’s ultimate prize.

These Red Sox have distinct similarities with those two teams. They have proven themselves 2-out, 2-strike machines like the Big Red Machine and their pitching has been phenomenal in the first three games, rivaling the rotation and staff the Mets threw out there.

The Red Sox have plenty of talent. They have also have plenty of poise. They showed that when the Yankees series was 1-1 going back to NY for a 16-1 whomping. They didn’t come back to Fenway. They showed it when they lost Game 1 to the Astros and then won four straight and didn’t come back to Boston. History could repeat itself if the Red Sox find a way to win Game 4.

There is lots of hope for these 2018 Red Sox to finish the task. How they go about it will be the most entertaining and fascinating part of their season.