Where Will Russell Wilson Play in 2022?

It's looking like Russell Wilson may have played his last game in Seattle. 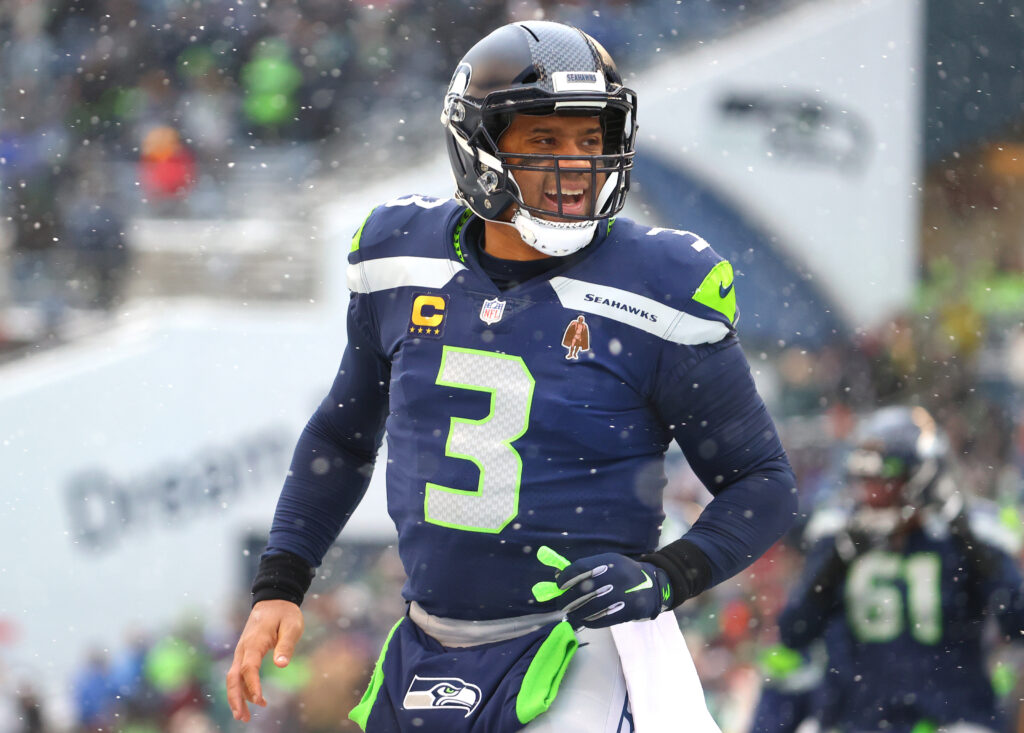 There have been rumblings for quite some time now that Russell Wilson may want out of Seattle. The Seahawks have not been the team they once were when Wilson first arrived on the scene back in 2012, and just last offseason – though he did not officially request a trade – Wilson gave the Seattle front office a list of teams that he would accept going to.

He ended up playing out 2021 in a Seahawks uniform – but may look to be on the move this offseason.

However, according to ESPN, “early indications from people within the organization are that Wilson being dealt would be a pretty big surprise. The NFC will be wide open next year, and Seattle believes Wilson will have a bounce-back season in the second year of offensive coordinator Shane Waldron‘s system.”

Nonetheless, his talents will be a hot commodity for 2022. There are plenty of NFL teams that are just a quarterback away, and as you can tell from the Super Bowl champion Los Angeles Rams – a competent signal-caller can make all the difference in the world.

If Russell Wilson moves on from Seattle, he’s currently (+1600) to join the Philadelphia Eagles

According to BetOnline.ag, the Pittsburgh Steelers are the most likely landing spot for Wilson’s talents in 2022. Here is the full list of odds:

Russell Wilson Next Team (If Not Seahawks)

The teams that jump out to me on this list are the Tampa Bay Buccaneers, the Green Bay Packers, and the Washington Commanders.

According to the NFL Network’s James Palmer, the Buccaneers have done a “ton of work” looking into acquiring Wilson. Tampa Bay, who has +600 odds to land the quarterback according to BetOnline, just lost Tom Brady to retirement last month, are just one season removed from winning the Super Bowl and are very much in “win-now” mode. Although they have looming contract negotiations and free agents that may leave, they still have the talent to remain a deep-run playoff team.

The Green Bay Packers are also a team that is über talented heading into 2022 – and may be on the brink of losing star quarterback Aaron Rodgers. Matt LeFleur is a brilliant offensive mind, and bringing in a guy like Wilson – who is also used to playing colder weather, would be quite a rebound if they lose the two-time reigning MVP. The Packers have +3300 odds to land Wilson.

The final team that I could see Wilson landing with and making a dominant impact for would be the Washington Commanders. Washington has +2000 odds to acquire Wilson, rebranded to a new team name, has new slick uniforms, and has a very good head coach in place in Ron Rivera. The only thing missing is a competent quarterback and a league-mandated selling of the team. Taylor Heinicke was a solid placeholder at quarterback for the Commanders, but Wilson would be a major splash for the team in the nation’s capital and would turn them into an immediate contender in the NFC.

Sleeper alert?! The Patriots have +3300 odds to land Wilson – and although they just drafted Mac Jones in 2021, are a team that has several talented veterans on the roster who could be out the door soon. Will they make a move for Wilson? I doubt it. but it’s something to look out for as no one truly knows what Bill Belichick’s next move might be.

Ultimately, if I was a betting man, I would splash some coin on the Commanders at +2200.