The Celtics don't pick until No. 53 overall in this year's draft, but have several options available to them when they go on the clock. 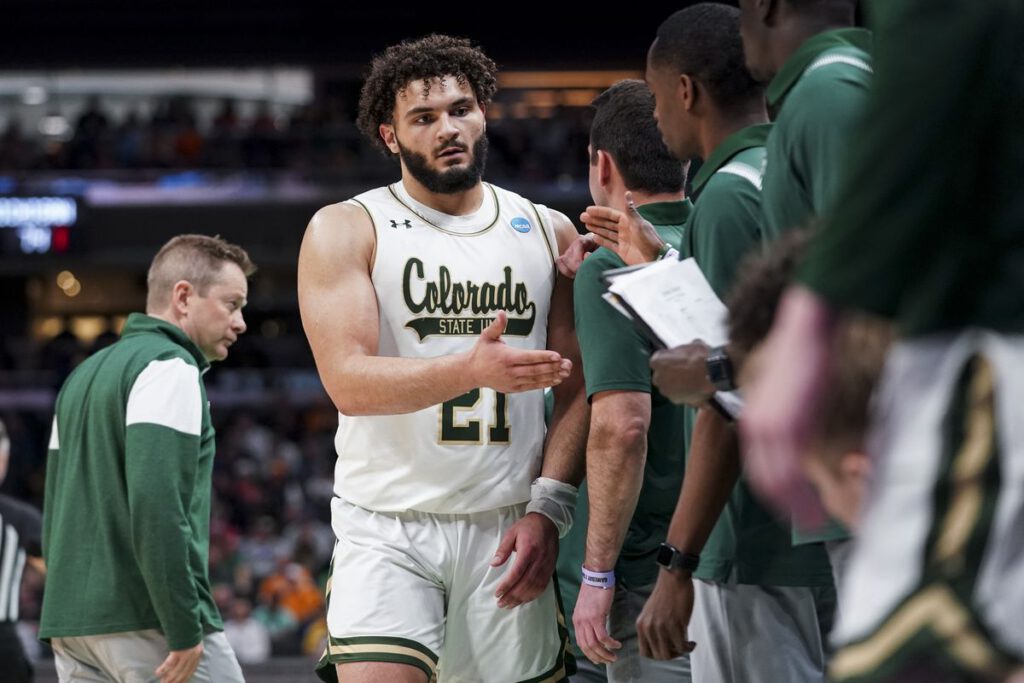 The Boston Celtics decided to steer clear of prime time drafting for the second consecutive year when they flipped their first round pick for Derrick White at the NBA Trade Deadline. San Antonio will select where Boston would’ve, 25th overall, while the Celtics’ regular season surge after that deal pushed them back to 53rd overall in the second round.

Even in a draft where a record number of prospects will appear in the green room while many more than 30 believe they could be first-round selections, there may be more hope than usual an impactful player could slip through to the end of the second round. More likely than not, the talent pool Brad Stevens will pick from shortly before midnight won’t be much different from undrafted free agency. Multiple players projected to fall close to where the Celtics sit are potential draft-and-stash options similar to Juhann Begarin, who played in France after Boston selected him last summer.

Stevens could go that route again, though the Celtics have more depth needs, continually unproven young players on its own roster and the potential to utilize a pair of two-way spots currently held by restricted free agents Brodric Thomas and Matt Ryan. That’d probably be where any stateside selections land on Boston’s roster, while multiple reports signal the Celtics’ desire to move into the first round. That’s as optimistic of a pursuit from deep in the second as Boston’s chances of landing someone who eventually plays from them at that spot. Odds are, whoever they take probably won’t factor into the 2022-23 season. Still, growing annual talent pools and any late first round teams aiming to avoid luxury tax payments give this draft some intrigue.

Here’s who the Celtics could select at No. 53…

A crafty bench scorer able to get his shot off from all three levels. Featuring a 6’10” wingspan, he unloaded on the MAC to join Johnny Davis among the top teenage scorers last season, according to Sam Vecenie. Rollins wouldn’t get anywhere near his college ball time in Boston, but utilizing his length to fit the Celtics’ defensive scheme and flashing shot-making and creation would push him closer to breaking through. Like many of the second round prospects we’ll get into, Rollins didn’t show as much evidence of being a catch-and-shoot threat from deep that’ll be necessary to play alongside Jayson Tatum and Marcus Smart. His spot-up jumper shows far more balance, poise and consistency than his slow, dipping motions behind the line. His crafty ball-handling would be a plus and could even flourish into some playmaking if his scoring threat translates, while his 59% efficiency at the rim showcases his aggression, shooting there four times per game. He’s only 19, also a plus. Between his defensive tools, averaging close to 2.0 steals per game, shot-making, free throw success (80.2%), upside and dribbling ability, he should be Boston’s top choice at No. 53, but will likely be gone by then.

Sporting an odd body and positionless style potentially well-built to adjust to NBA life, Roddy saw a shooting explosion as a junior after finishing worse than 28% from deep during his first two college seasons. Roddy hit everything as a junior, on 3.4 three-point tries per game, while he converted 62% of his twos on a mix of dribble drives, rolls and cutting dunks explosive for a guard sporting his weight. His NBA role projects to be more akin to a P.J. Tucker or Grant Williams, transitioning from a playmaking to a catch-and-shooting, banging role. That’ll bode well, taking him away from defensive assignments on guards that he probably won’t be able to handle for now unless he sheds some weight. In college, his big body allowed him to bang, post, hit turnarounds and utilize strong footwork to sneak to the basket. He remained active off-ball, playing with a fire and flare that’s uniquely recognizable and made up for any physical deficiencies. Roddy hit 44% of his catch-and-shoot attempts, while his 69% mark at the free throw line appeared closer to his past shooting misfortune. It’s clear he got hot last year, but how much can carry forward? The Celtics could get a second round steal if some percentage persists.

An older guard who missed his first season with the Wolf Pack due to eligibility issues, exploding in his second season on the floor last year as one of the most aggressive drivers in his class. Seabron shot 10 attempts per game, over 80% of his total shots, at the rim, putting his head down and exploding several steps past defenders in the non-conference, ACC and right through the draft combine. A 48% efficiency inside left more finishing to be desired, but he countered that number by drawing six fouls each night. His defense needs to improve and he enters the NBA a near non-shooter, finishing 8-for-28 total in 2022 on catch-and-shoot threes. He paused and awkwardly tossed up jumpers with space, giving NBA defenders a clear blueprint to drop below screens and play off him. Habits don’t match his tools on defense, his playmaking will be limited until he can knock down a jump shot, but being able to enter the paint at will gives him a strong floor to build on. He should be available at No. 53.

A playmaker, if not the answer to the Celtics’ challenges in that role. Williams tosses dazzling passes, in the pick-and-roll, on the move, in transition and on drive-and-kicks that powered Wake Forest’s offense after leaving a smaller role at Oklahoma after 2021. He features a 6’7″ wingspan that could make him a switchable defender while his offense leans into physicality in the lane to leverage passing position along with his height. Thrives in the open floor after rebounds while his above-the-rim athleticism also makes him a cutting threat. His shot isn’t there, a slow release and non-threat in the catch-and-shoot game, but attempted over four threes per game making him a more willing off-ball participant than Seabron. Boston’s specific need of a play like Williams puts them in a strong position to draft him, while his deficiencies like turnovers, lateral movement defensively, shooting and his age would make him a surprising selection for anyone before them. This is my top pick at 53.

Reportedly worked out for the Celtics and provides a straightforward stash option for the Celtics if they don’t want to immediately roster their 53rd overall pick. This may not be as great of a concern as last offseason, when Stevens had limited roster spots to work with. A consolidated roster features multiple two-way options, open full time roster spots and more possible through waiving non-guaranteed contracts if necessary to roster a second round pick. Boston may see something in an overseas player like Santos and prefer to let that younger player get minutes and develop abroad. Santos’ shooting, including a methodical step-back and fun, energetic style make him an entertaining watch. On defense, he flies around the floor on the help side to break up plays and flashes occasional athleticism on his blocks. He more regularly plays below the rim, grinding his way to the net and utilizing his 7’1″ wingspan on the ball defensively. His upside would be as an eventual bench scorer, while other stash options like Jean Montero feature playmaking, Khalifa Diop is a rolling big man emerging in Spain’s top league, Gabriele Procida is a consistent 38% three-point shooter with some above-the-rim burst playing in Italy, while fellow Italian Matteo Spognolo was a former Real Madrid recruit working on becoming a point guard.