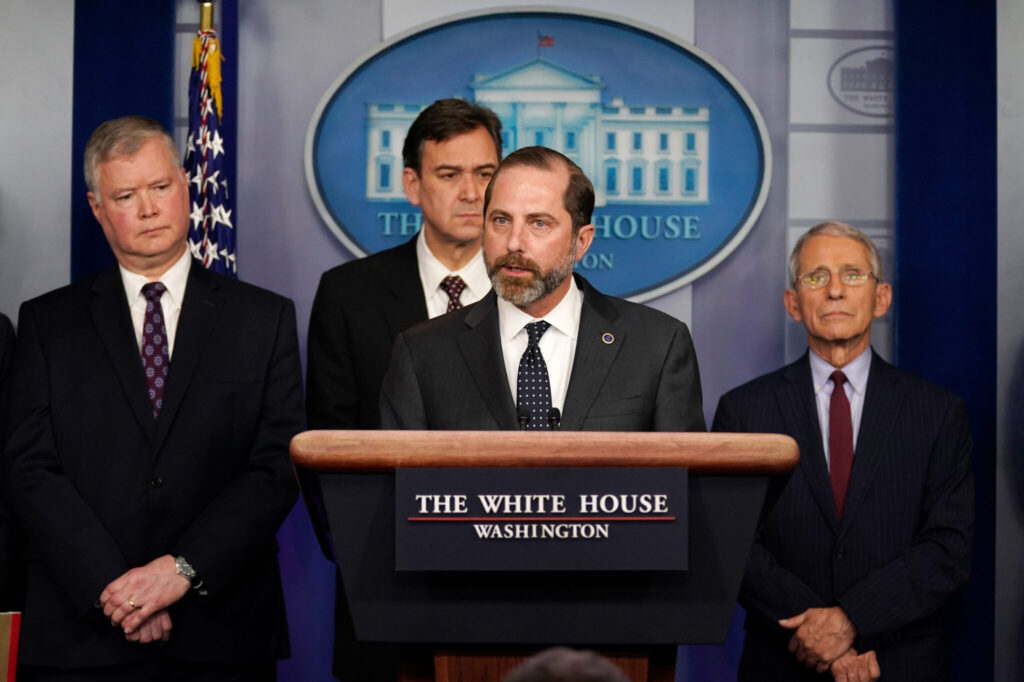 If one thinks Dr. Anthony Fauci is in any sort of hot water, think again.  BetOnline.ag has released odds of the next member of the Donald Trump administration to be fired, and it like The Donald is rearing up the national razor for usage once again.

Alex Azar is off the board.   The former drug lobbyist has served as Trump’s Health & Human Services Sectary and seems to be a golden lock as someone who will not survive the Coronavirus pandemic.  Azar currently chairs the Coronavirus task force, noted for familiar faces and names such as Dr. Fauci, Dr. Deborah Birx, Surgeon General Dr. Jerome Adams, and others.

The current betting favorite is Defense Secretary Mark Esper (+200.)  Esper is a former defense contractor who came on in an interim basis last year before officially being named secretary of defense.  Trump already accepted Jim Mattis’ resignation and the post has seemingly remained fluid since.

Down the line are a few less-than-familiar names.  Jovita Carranza is next up at +300, who is the US’ Administrator of Small Businesses.  Followed by Robert Wilkie, the nation’s Secretary of Veteran Affairs (+400.)

Noted to not be on this list is the nation’s Secretary of State, Mike Pompeo, who has received endless praise from Trump during his tenure on Twitter.  Trump promoted the former Congressman from Director of the CIA to the nation’s top ambassador role and has since let Pompeo operate autonomously.

Bet on the 2020 US Presidential election at www.betonline.ag.  Use Code CLNS50 for 50% cashback on first deposit