Why Antetokounmpo is on pace to be the ‘New’ LeBron James 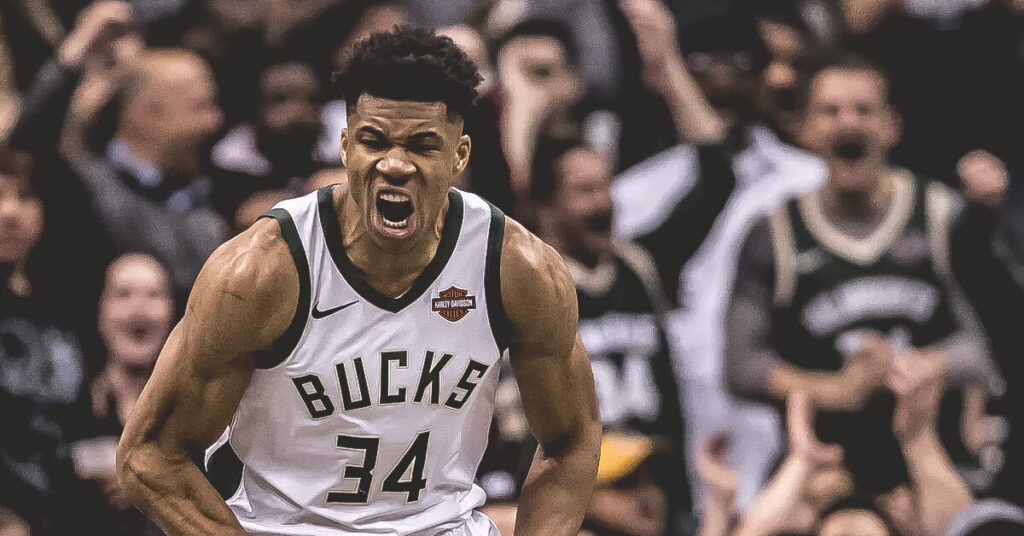 For over a decade, the NBA watched LeBron James rule the Eastern Conference as its clear-cut best player.

Whether it was in a Cavaliers uniform or in a Heat jersey, there was no player more dominant than James. Now, as a member of the Lakers, James is in the Western Conference and the focus has shifted from LeBron to a rising superstar in Bucks forward Giannis Antetokounmpo.

The two-time All-Star has elevated his game to a plateau reminiscent of James’ stature. For back-to-back seasons, Antetokounmpo has averaged over 25 points, 8 rebounds and 5 assists a game.

Few players in the league can average a stuffed stat line like Antetokounmpo and James, nor can many dominate a team’s offense by blowing past defenders and getting to the rim unscathed the way these two can. High-percentage shots and trips to the free-throw line are their main source of offense.

However, one thing these two don’t have in common is longevity in the post season. The Greek Freak has been unable to lead his team into a deep playoff run, a goal in place for him and the Bucks this season. Milwaukee is hoping an MVP-caliber year will be the push they need to get them to the Eastern Conference Finals.

Heading into the 2018-19 season with a fully healthy roster, the Bucks are striving for a 50-plus win season and are already off to a great start. Milwaukee (8-2) hope it can stick in the upper echelon of the east alongside teams like the Raptors and Celtics but can the Giannis elevate his game to new heights? And if not, what’s it going to take for him to truly become the LeBron of the east?

For starters, Giannis could start by expanding his offense beyond the mid-range. He’s shown that he’s not afraid to take more 3-pointers — we’ve seen it already throughout the first nine games of the season — but taking and making threes are two entirely different things.

Last season was the first time in Antetokounmpo’s career that he shot at least 30 percent from beyond the arc while averaging at least two attempts a night, this season he’s been dreadful from deep. He’s averaging 2.5 attempts while shooting at a 10.5 percent clip.

However, it’s not too late for Giannis to rectify his outside touch as LeBron demonstrated years ago at the same age as Antetokounmpo. James shot just over 31 percent but did however, attempt just under five treys a game.

But if you look at the other stats, James and Antetokounmpo share other similarities.

Both contributed balanced production on a consistent level for their respective teams. One way Antetokounmpo could separate himself from James is his efficient free-throw shooting.

They both have never shot anywhere near 80 percent from the floor — a flaw in James’ game that at this point is probably going to stay the same but Antetokounmpo has a chance to rectify his shooting. Signed through 2021, the Bucks organization will lean heavily on their budding superstar in the midst of trying to find him a third offensive option while him and shooter Khris Middleton carry the torch through this current era where we’ll see a competitive Bucks team throughout the foreseeable future.

While the jury’s still out if Antetokounmpo will eventually be considered one of the greatest basketball players of all-time, it is safe to say that his development is on pace to become the league’s best of his era and only time will tell the rest.