Why Deshaun Watson Could Have Patriots Defense On the Run 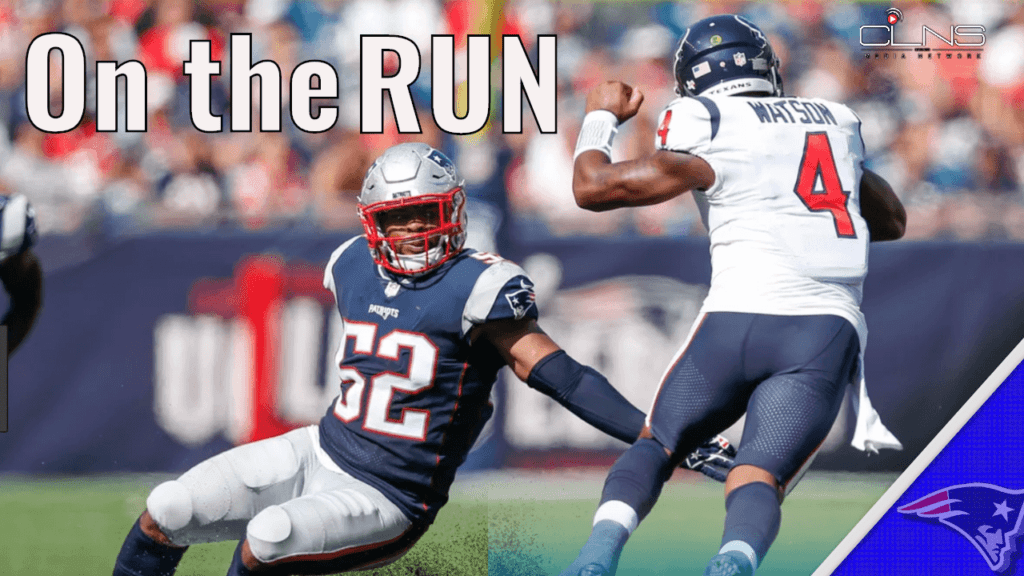 FOXBORO — As the Patriots prepare for the Houston Texans and quarterback Deshaun Watson, containing the electrifying Watson will be priority number one for the Pats defense.

Last season, Watson threw for 301 yards, two touchdowns and ran for another 41 yards leading the Texans offense to 33 points, nearly pulling off the upset over the Patriots in his second career start.

And Watson isn’t the first mobile quarterback to play well against the Patriots in recent years.

Over the last six seasons, the Patriots won nearly 69 percent of their games against mobile quarterbacks, which is still an impressive clip (excludes Marcus Mariota’s brief start in 2015).

However, against non-mobile passers, the Patriots’ win percentage since 2012 rises to 77.3 percent.

If you remove Taylor and Luck from the equation, the Patriots are only 10-8 against mobile quarterbacks (55.5 win percentage).

And as the above charts indicate, it’s not just the win/loss column where the Patriots struggle against mobile quarterbacks.

Mobile passers also have a higher passer rating, a better touchdown to interception ratio, and offenses led by mobile quarterbacks score more points against the Patriots than pocket passers.

Patriots head coach Bill Belichick didn’t want to reveal the team’s game plan when asked about corralling Watson on Wednesday, but the coach did say it will take a team effort to contain the former Clemson star.

“It’s team defense,” Belichick said. “It’s not one guy that can stop him. We’re going to have to do a good job as a team.”

Many of the Patriots defensive players were on the same page as the head coach.

During locker room availability, I asked Dont’a Hightower, Trey Flowers, Kyle Van Noy, and Adam Butler what the keys are to containing Watson in the pocket:

Dont’a Hightower: “It’s a big part of it [the game plan]. I think that’s the key for most scrambling quarterbacks. Don’t let those guys get comfortable getting outside the pocket and keep them inside. Hopefully, we’ll do a good job of it this week.”

Kyle Van Noy: “Be patient. He’s really good back there. He’s elusive. At the end of the day, it takes all 11 guys doing their jobs. You always wanna beat your guy one-on-one, it’s just a matter of finishing the play.”

Adam Butler: “I think it’s coordination. Rush coordination. With guys like Deshaun Watson, it’s never going to be just one person. Whatever move that you make you just have to make sure that’s a move within the [rush] coordination.”

As the Patriots try to correct their past shortcomings against mobile quarterbacks, the head coach and players are all about “team” as it is every week in New England.

The Pats will need a coordinated attack that relies heavily on all 11 players doing their jobs to limit Watson’s playmaking ability with his legs.

That doesn’t mean they won’t try to pressure Watson.

But they’ll have to do so within the framework of the larger plan to slow down one of the most dynamic dual-threat quarterbacks in the NFL.