Why Didn’t Kevin Durant Shoot in Game 3 vs Celtics?

Kevin Durant only took 11 shots in the Nets' Game 3 loss to the Celtics as Brooklyn fell behind 0-3 in the first round series. 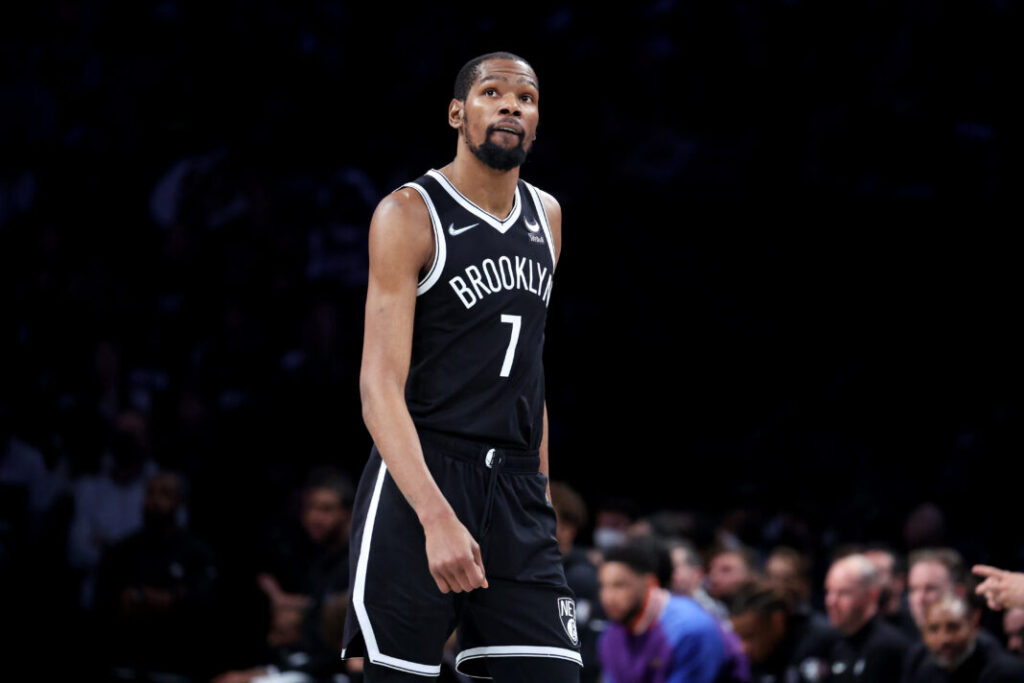 NEW YORK, NEW YORK - APRIL 23: Kevin Durant #7 of the Brooklyn Nets looks on against the Boston Celtics during Game Three of the Eastern Conference First Round NBA Playoffs at Barclays Center on April 23, 2022 in New York City. NOTE TO USER: User expressly acknowledges and agrees that, by downloading and or using this photograph, User is consenting to the terms and conditions of the Getty Images License Agreement. (Photo by Al Bello/Getty Images).
Share
Facebook Twitter Email

NEW YORK — Kevin Durant only took 11 shots in Game 3 vs the Celtics as his Nets fell down 0-3 in the series after a 109-103 loss in Brooklyn. Kyrie Irving played similarly passive and fouled five times, effectively becoming a non-factor while Bruce Brown and Nic Claxton carried the Nets on their best run. Going to Blake Griffin, who said the team lacked spirit post-game, felt like a desperation move for Steve Nash as Brooklyn moves on the brink of elimination.

Bobby Manning and Josue Pavn break down where it all went so wrong for the Nets and how the Celtics helped force their collapse live from Barclays Center.