Why Giannis Antetokounmpo, Bucks Present a New List of Issues for Celtics 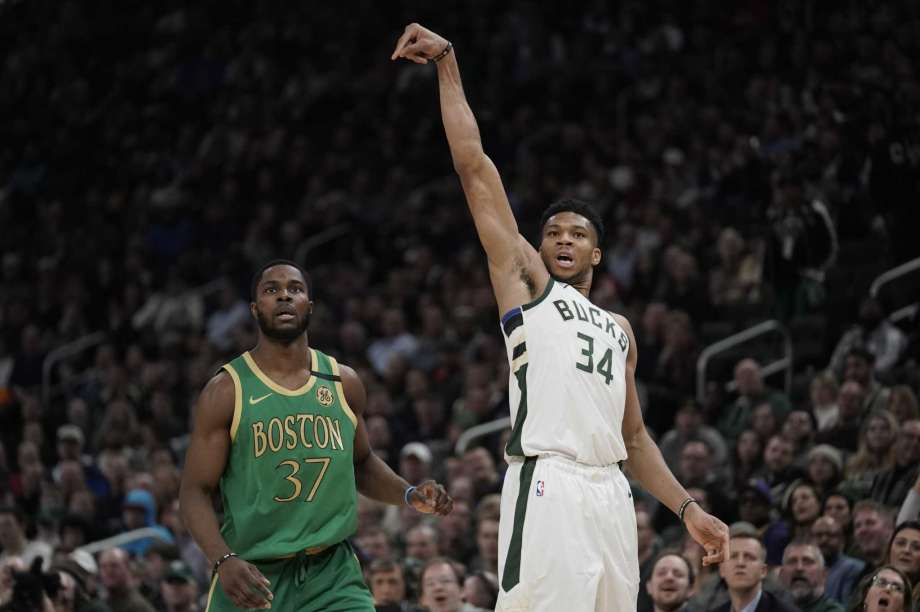 The Bucks have proven they’re head and shoulders above the Celtics and the rest of the Eastern Conference.

Don’t let Thursday night’s near comeback fool you into thinking the Celtics are neck-and-neck with the best team in the league. Almost erasing a nearly 30-point deficit was impressive but it wasn’t enough to overshadow Boston’s glaring weaknesses.

Milwaukee spent most of the game dominating the Celtics on both ends of the floor as they held off a colossal collapse in its 128-123 victory at home. Boston spent the entire second half cutting into the Bucks’ 27-point lead, it whittled down to a single-digit gap just under the two-minute mark of the fourth quarter before Kemba Walker’s final made field goal of the night came at the 1:12 mark and made it a two-possession game for the first time since the opening frame.

On a night when Marcus Smart drained five 3-pointers at a 50 percent clip, his tenth and final attempt — a shot that would have pulled the Celtics to within one with nine seconds left — clanked off the rim and into the hands of Bucks guard Wesley Matthews. However, the Celtics’ problems started way before Smart missed that crucial shot.

The Bucks demonstrated why they’re the best 3-point shooting team in the east, 16 of their 3-pointers — some of which weren’t even close to being contested — found the bottom of the net. Not having Jaylen Brown, who suffered a sprained right thumb against the Pistons Wednesday, available certainly took a toll on the Celtics’ perimeter defense but allowing 16 treys is still inexcusable for Boston.

If the Celtics plan on giving the Bucks a run for their money to win the Eastern Conference, this is an issue that needs to be rectified. Also, Celtics head coach Brad Stevens may want to make a phone call to Danny Ainge to address their 3-point shooting because it’s sorely missed out of the second unit.

The Celtics’ bench made a combined 3-of-10 from behind the arc. Granted, Smart, who scored 24 points, isn’t typically a member of the starting unit, still, the Bucks essentially challenged Boston to beat them from the perimeter and it worked in their favor.

Kemba Walker, who erupted for 24 second-quarter points, finished with a team-high 40 points and is the biggest reason why the Celtics weren’t blown off the floor. The other reason was the Celtics took care of the basketball — they limited themselves to committing only seven turnovers but when you’re facing off against the best player in the world in Giannis Antetokounmpo the margin of error is thinner than most nights.

The Greek Freak is someone you can spend as much time in the world to game-planning for and still see that plan fell by the waist side once Giannis starts cooking. In this case, he chef’d up a 32-point double-double (17 rebounds) special to go with his seven assists.

Khris Middleton (8-of-13) netted 23 points in one of his most efficient performances of the season while Donte DiVincenzo (19 points) torched the Celtics off the bench, connecting on 4-of-6 from behind the arc. Middleton, DiVincenzo and George Hill (13 points) made a combined 10-of-14 of their attempted threes.

While trading for a rim protector has been the ongoing narrative it regards to seeing the Celtics address their biggest flaw, Thursday’s loss against the Bucks opened our eyes to two bigger ones — shooting and defending the 3-point arc.

Carsen Edwards, a rookie the Celtics hoped would carve out a meaningful role as their secondary shooting weapon off the bench, hasn’t shown any signs that he’s ready to be one of Stevens’ rotation players since he drained eight 3-pointers in an exhibition game against the Cavs back in October. The Celtics sent him up to Maine, hoping the reps with the Red Claws will help his progression.

When the Bucks drained six of their first seven 3-pointers, Stevens immediately turned to guys like Semi Ojeleye, Brad Wanamaker and Javonte Green for relief. The second unit’s trio got their hands in the passing lanes and held their ground in 1-on-1 sets throughout a number of the Bucks’ offensive possessions but fell steps behind against Milwaukee’s screens and pick-and-pop plays.

The Bucks continue to fare well against the best of the east. Out of the five teams trailing the Bucks at first place in seeds two through six, Milwaukee currently owns a 5-2 record against the Heat, Celtics, Pacers, Sixers, and Raptors. Boston and Miami are the only two of the five that have topped Milwaukee thus far this season.

This was a benchmark matchup for the Celtics — one where they not only came up short but also showed they’re not as close to Bucks’ level than we originally thought heading into Thursday’s game. Stevens certainly has his work cut out for himself, despite what’s been an overall impressive first half of the regular season.

Will the Celtics Tank or Take Off?