Why is Charles Oakley Targeting Patrick Ewing Amidst The Last Dance? 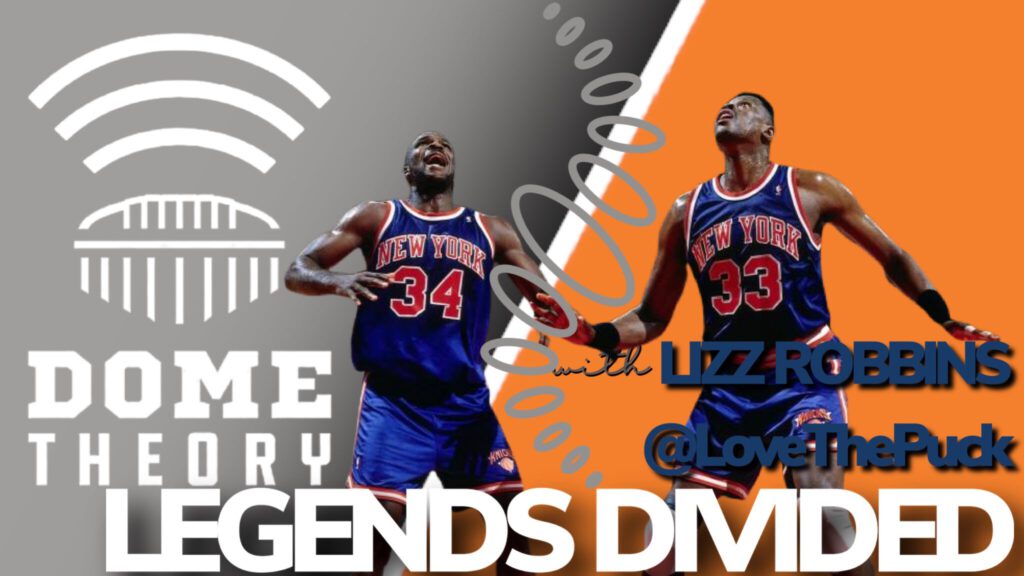 Michael Jordan is rebuilding his legacy for a new audience with The Last Dance. With its rise, other great ones go crashing down in flames.

Charles Oakley contributed to the damage for the 1990s New York Knicks, stunningly turning from his crusade against owner James Dolan toward teammate Patrick Ewing.

“He never put us on his back like he should have because every adversity he ducked away from,” Oakley told Damon Amendolara, good friend of the Dome Theory Podcast.

Longtime Knicks fan, actress and model Lizz Robbins defended Ewing amidst The Last Dance. She joined me for a wide-ranging conversation covering the Knicks’ failures against the Bulls depicted in last week’s episodes. Perhaps Ewing’s knees failed him, she said, but never his will to win.

The Bulls lost 16 out of 17 games in Chicago Stadium during the 1990s. In two runs to the NBA Finals, each following Jordan’s two retirements, New York fell to the Rockets and Spurs. They, like Chicago, haven’t returned to championship-level relevancy since.

“I just think the things (Oakley) is putting out there right now is disrespectful and unnecessary,” she said. “I don’t think Ewing would respond, he’s got too much class for that. I don’t see him going in a … back-and-forth like Charles Barkley did.”

Ewing complied. He shared no response to Oakley’s criticism other than calling him one of his favorite teammates.

Subscribe to Dome Theory and the CLNS Media YouTube and DailyMotion channels for more from Lizz and The Last Dance, which continues tonight at 9 EST.