Malcolm Brogdon chose the Celtics from a list of options from the Pacers, believing he & Marcus Smart will lead the best defensive backcourt in the NBA 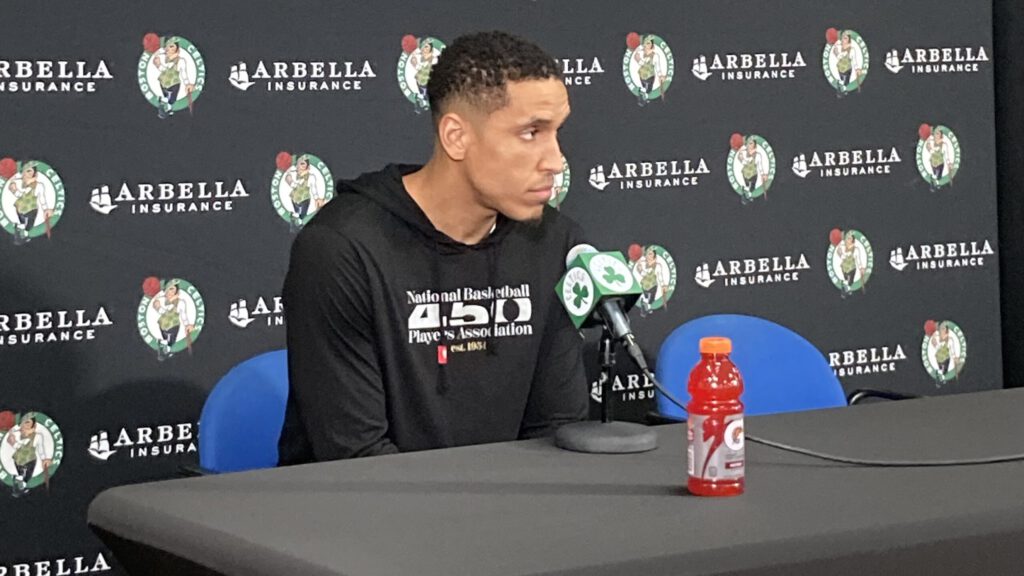 When Malcolm Brogdon and the Indiana Pacers agreed to part ways during the offseason, the seven-year veteran admitted, at Celtics Media Day, on Monday that he had options.

It’s one of the many rare opportunities offered to revered NBA veterans by their respective organizations, giving a player the option of picking his next destination, especially from a team like the Pacers. Indiana won’t be competing for a championship any time soon. They are in the midst of a rebuilding phase.

Brogdon, on the other hand, turns 30 before the next calendar year and has other plans in mind — which, he says, made picking the Celtics an easy choice.

“I picked Boston,” Brogdon told reporters at Celtics Media Day. “Because I want to win.”

Malcolm was dealt to the Celtics for center Daniel Theis, guard Aaron Nesmith, Nik Stauskas, Malik Fitts, forward Juwan Morgan, and a 2023 first-round pick. It was one of the biggest trades of the offseason. The 2017 NBA Rookie of the Year is considered one of the better on-ball defending guards in the association and is no slouch on the offensive end of the court.

In 2021-22, he averaged 19.1 points in 36 games and is a 37.6% career 3-point shooter, per Basketball-Reference.com. However, on the surface, many pondered if Brogdon was a threat to take point guard Marcus Smart’s starting job with the Celtics, which Malcolm addressed while speaking to Boston’s media on Monday.

“I think we can be the best defensive backcourt in the league, for sure,” Brogdon said. “Offensively, I think we can be great. So, I think we got guys like Jaylen (Brown) and Jayson (Tatum) that make the game easier for us; they take the pressure off of us on both sides of the ball. But, those guys’ roles are to lead these guys on offense and to score the ball, and to be the monsters they are. And, our job as the backcourt is to make it easier for them to defend when they need to focus on offense, and be great defensively and support them offensively.”

Malcolm shared he’s always had a great rapport with the NBA’s reigning Defensive Player of the Year, which is one of the many reasons Brogdon sees their union in the backcourt as a critical asset for the Celtics.

“Marcus is one of those guys (who) whenever I play him, we always say, ‘What’s up?’ after the game,” Brogdon said. “And then, since I’ve gotten here, he’s been great. He’s been terrific. I think people build up a feud between us, you know, “they’re bringing in a point guard; yadda, yadda.” At the end of the day, me and Marcus are going to be on the floor a lot together. Playing together. Me and Marcus have different strengths (that could) work really well together, and we’re both really competitive and are going to push each other and help each other.”

According to Brogdon, the new dynamic backcourt duo has already discussed the upcoming season since the Celtics and Pacers deal was made.

“As far as conversations, they’ve been great,” Brogdon added. “Talking about the identity of the team but also just trying to get to know each other before the basketball because that, a lot of the time, is more important. Knowing someone before you get into the details of the game. So, I’ve enjoyed being around him.”

The Celtics will begin training camp at the Auerbach Center on Tuesday.