Why Rob Gronkowski isn’t ready to become The Rock 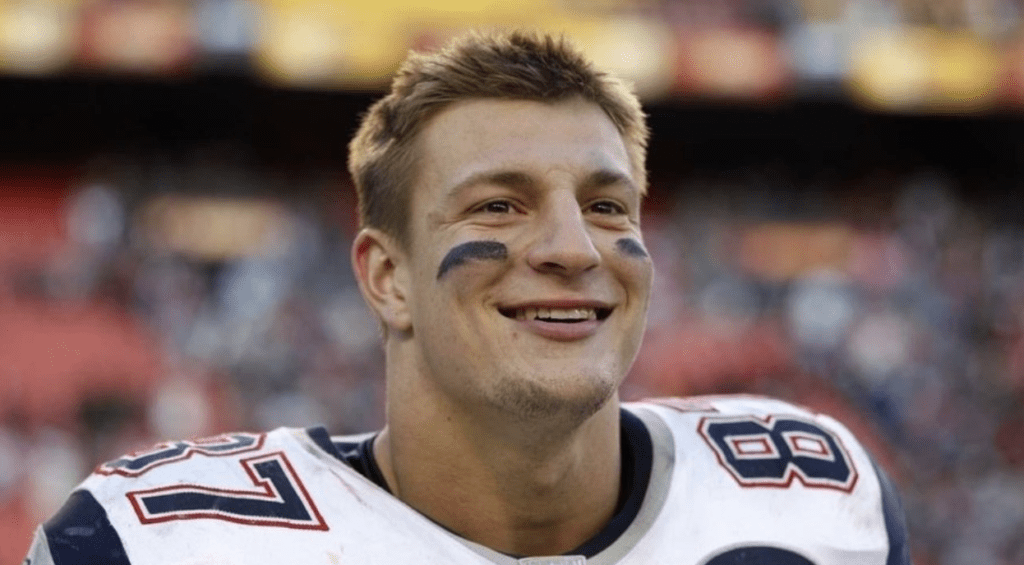 It’s easy to say now but Rob Gronkowski wasn’t ready to leave Tom Brady in the dust. There’s too many touchdowns left to catch from No. 12 and too many spikes. With two Super Bowl rings, Gronk clearly feels there’s the chance of one or two more before hopping into a different kind of ring.

Just like a tag-team partner, the man of 69 has made it known through his people (likely Drew Rosenhaus among others) that he has every intention – for now – to return to the Patriots in 2018 as the best tight end in the NFL.

Gronk might be a serious actor someday. He might even be Mojo Rawley’s sidekick but his main gig is playing the role of the best tight end in the National Football League. And the punishment is worth it, for now.

What started with a tweet from Pro Football Talk’s Mike Florio on Super Bowl Sunday turned into a firestorm after Super Bowl LII in the staging area of US Bank Stadium.

This is 99-percent wild guess but it would not shock me at all if Gronk retires after tonight’s game.

Then there was the latest in the drama between TB12 and the Patriots. Tom Curran of NBC Sports Boston suggested that Gronkowski was seriously considering whether he should be continuing to play this season as early as training camp and that he wasn’t enjoying football as much anymore. It had become a grind.

Throw on top the reported tension between the team and his new training regimen through TB12 Sports and it took an emotional toll. Then, late Tuesday, Mark Daniels of the Providence Journal reported that the Patriots approached him to not publish a story he was working on detailing the immense benefit he was receiving by adopting much of the TB12 training program promoted by the controversial Alex Guerrero.

Fanning the flames of a possible Jim Brown-esque retirement was a tweet this week from the man himself pictured with WWE star Mojo Rawley.

It’s a team effort with Family and Friends! @MojoRawleyWWE https://t.co/Av1AK5UBe2

The Gronkstorm clouds were forming and the undercurrent of uncertainty was gathering momentum.

That momentum continued when the Herald’s Jeff Howe tweeted Wednesday morning that “Rob Gronkowski’s representation, Drew and Jason Rosenhaus, declined comment over Gronk’s potential retirement. ‘We’re not going to talk about that. That’s personal,’ they told me.”

Then, as if to calm the fears of everyone in New England and try to quell the speculation for now, NFL Network’s Ian Rapoport reported from the NFL Combine Wednesday that:

“The expectation is that Patriots TE Rob Gronkowski will return for 2018 after pondering his future, I’m told. He may never make a grand announcement, but the belief is entertainment opportunities (acting WWE) will wait.”

Of course he won’t make a grand announcement. He’ll leave that for the WWE. If we are to believe Rapoport’s report, Gronk isn’t ready to leave the early-morning hours in the Gillette Stadium meeting rooms and the bone-crushing hits (like the one from Barry Church in the AFC championship) for the late-night hours getting his Mojo going.

If Gronk were to step away, he’d be in total control. That’s where you wonder where his head is at. He knows that the WWE offers much more security and stability and a controlled environment filled with glitz and glamour. He also knows an action career in Hollywood awaits, as the reported pitches from The Rock and Sly Stallone suggest.

Now that Tom Brady can breath easier and the WWE will have to wait at least another year to get their hands on The Rock, Part 2.

Which brings us to the main point, anything Gronk accomplishes now will almost certainly come as a footnote to what he’s already accomplished with the greatest quarterback and coach in the history of the game.

Could he win an Oscar in an action-thriller role? Who’s to say no? But as far as a Hall of Fame career in the ring, as great an athlete as he is, Gronk isn’t going to approach another former football tight end.

Dwayne Douglas Johnson – The Rock – has become an American actor, producer, and semi-retired professional wrestler. Johnson was a star tight end for the Miami Hurricanes, where he won a national championship in 1991. After being cut from the Calgary Stampeders of CFL two months into the 1995 season, he began training for a career in professional wrestling, following in the footsteps of various family members, including his grandfather Peter Maivia and his father Rocky Johnson, from whom he inherited Canadian citizenship in 2009.

Widely regarded as one of the greatest professional wrestlers of all time, Johnson gained mainstream fame in the World Wrestling Federation (WWF, now WWE) from 1996 to 2004 and was the first third-generation wrestler in the company’s history. He returned to WWE part-time from 2011–13 and continues to make sporadic appearances. He is an eight time WWF/WWE Champion, two time WCW/World Champion, two time WWF Intercontinental Champion and a five time WWF Tag Team Champion. He is the sixth Triple Crown Champion in WWE and won the 2000 Royal Rumble.

All due respect to Gronk, that’s not going to be his career path. Gronk is looking to pursue acting (and maybe wrestling) as that career after putting his body through the grind of the last 12 years, featuring three back surgeries, an ankle injury, two forearm surgeries, a blown out ACL and several head shots and numerous concussions.

Gronk is due to collect about $8.9 million this year in salary and bonuses. Maybe Gronk and Drew Rosenhaus will look to boost his payday this year before he steps on the field for a single snap. Maybe the Patriots will give in and sweeten the pot.

At this point, Gronk appears ready to choose one more year on the grid iron instead of heading into the ring or silver screen. That should earn him at least a free smoothie from his quarterback.