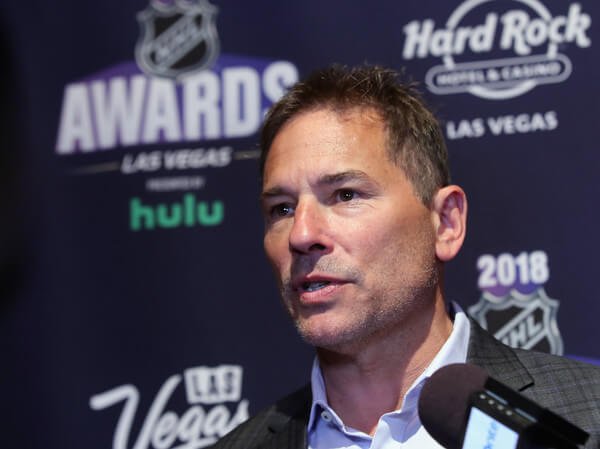 Bruce Cassidy’s toughest coaching job with the Boston Bruins came the day he was hired.

When he was promoted on Feb. 7, 2017 to replace Claude Julien, Cassidy had to correct a team that was in danger of missing the playoffs for the third straight year. With Peter Chiarelli and Julien gone, alongside an aging core, it appeared as though the franchise was heading for a rebuild.

All of that was the case until Cassidy righted the ship and steered the B’s to an 18-8-1 record to close out 2016-17. That was good enough to earn the Bruins a first round matchup with the Ottawa Senators. Though they lost in six games, that series saved the Bruins from a rebuild.

For all of his work done since 2017, the Bruins rewarded Cassidy with a multi-year extension on Wednesday morning. It’s clear the Bruins brass entrusts Cassidy with leading the team into the next decade.

But things don’t look to be getting any easier.

Cassidy is now faced with another coaching feat that may end up being tougher than the one mentioned above. To be clear, there’s no worry of a rebuild this year for the Bruins — Cassidy’s already guided them past that.

The 2019-20 season presents many different kinds of challenges that he hasn’t had to deal with during his time in Boston. Positional battles won’t be included in this since those take place every year. David Krejci hasn’t had a permanent solution at right wing since the start of the decade and the third line is always up in the air so don’t worry — those won’t be mentioned in here either.

Even if the Bruins had a full offseason, the odds are stacked against them to begin the season. The slate of games in October is highlighted by a four-game road swing out west, a game against the Tampa Bay Lightning followed up by a home-and-home with the Toronto Maple Leafs, and a Stanley Cup rematch with the St. Louis Blues.

That’s far from easy. To add to that, the B’s are coming off a 2019 postseason that went until June 12, which was the last possible day of the season. There’s two aspects to that shortened offseason that Cassidy will have to manage.

With training camp around the corner, what Providence Bruins players will make the jump to the #NHLBruins roster?

The first one is the veterans. How does Cassidy and his crew ease the transition into the 2019-20 season for vets such as Patrice Bergeron, Brad Marchand, David Krejci, and Zdeno Chara while also getting them fully prepared for the start of the season?

Bergeron recently said that he received a PRP shot on his groin this summer and Chara stated he “may not be ready” for the opener.

It’s almost a foregone conclusion that the veterans won’t see much time in preseason games. It’s very normal for those guys to not play much during that time, but expect even less this year.

There’s also a massive psychological aspect to that core losing in Game 7. That group isn’t getting any younger and the road to the 2019 Stanley Cup Final looked like a perfect opportunity for them to earn their second Cup victory. The road will only get harder (let’s save that for later) and there’s a big reason why after Game 7, Chara and Marchand had tears in their eyes during their postgame media scrums.

It’s entirely possible that last year may have been their last shot at winning the whole thing.

The second one is properly managing the young guys. After playing some of the most intense games last spring, getting ready for a mid-October game will become more difficult. On top of that, a lot of these young guys won’t have had the necessary amount of time to recover over the offseason.

Managing the short offseason is sure to be a thorn in Cassidy’s side when the season starts.

That’s how the Atlantic Division has played out over the past couple of years — the Lightning dominate, with the Bruins and Leafs battling it out for second and third place.

This year could end up being much different.

For starters, the Lightning are coming off being swept in the first round by the Columbus Blue Jackets. Teams typically come back much stronger, harder, and focused following seasons that end in such a disappointing fashion and there’s no reason to think that the Bolts won’t continue that trend.

Remember how the 2011 Bruins fared after what happened in 2010 against the Philadelphia Flyers?

A big reason why the Bruins made it all the way to the Cup Final in 2019 was because they didn’t have to face the Lightning in the second round. Though it would’ve been a much closer series than in 2018, the B’s certainly wouldn’t have been favored.

Then there’s the Maple Leafs. Their big move of the offseason was adding Alexander Kerfoot and Tyson Barrie while subtracting Nazem Kadri. Kerfoot has a lot of offensive upside and will be an upgrade at the third line center spot. Barrie will most likely be on the top d-pairing with Morgan Reilly. The 28 year old defenseman is also coming off a career-year in points with 59 last season.

So to recap thus far, the Leafs are much stronger and the Lightning are coming back with something to prove.

Enter the Florida Panthers. The other team in Florida signed Sergei Bobrovsky to a big, new deal. As bad as that deal may be in the long term, the Panthers are solidified in net for the short term. With a really good top-six and a very underrated top-four on defense, the Panthers should be a playoff team.

The Montreal Canadiens won’t be bad and the Buffalo Sabres have to break out at some point.

Lots of questions surround teams in this division. But if there’s one thing for sure, it’s that this division will certainly be more than a three-team race.

This one is a bit weird.

Anyone else with David Backes’ stats and age would watch most games from the ninth floor. But Backes is a leader in the dressing room and carries a salary cap hit of $6 million.

With Bruins Training Camp this week, @DJ_Bean joins @emarinofsky to preview it.

This isn’t anything new — Cassidy dealt with this issue last season. Backes was a healthy scratch for a game against the Flyers last season for the first time in his career. He found himself in the same position many times throughout the postseason.

Backes doesn’t even look to have a spot anywhere in the starting lineup this season. But even with that, his leadership abilities are highly valued in the B’s dressing room. Sean Kuraly most notably praised Backes and his presence.

Cassidy has two issues when it comes to playing Backes. For one, when does Backes play? And two, where does he slot into the lineup? Both thoughts will cross Cassidy’s mind every time he sits down to create the lineup.

And it shouldn’t be an easy decision either way.