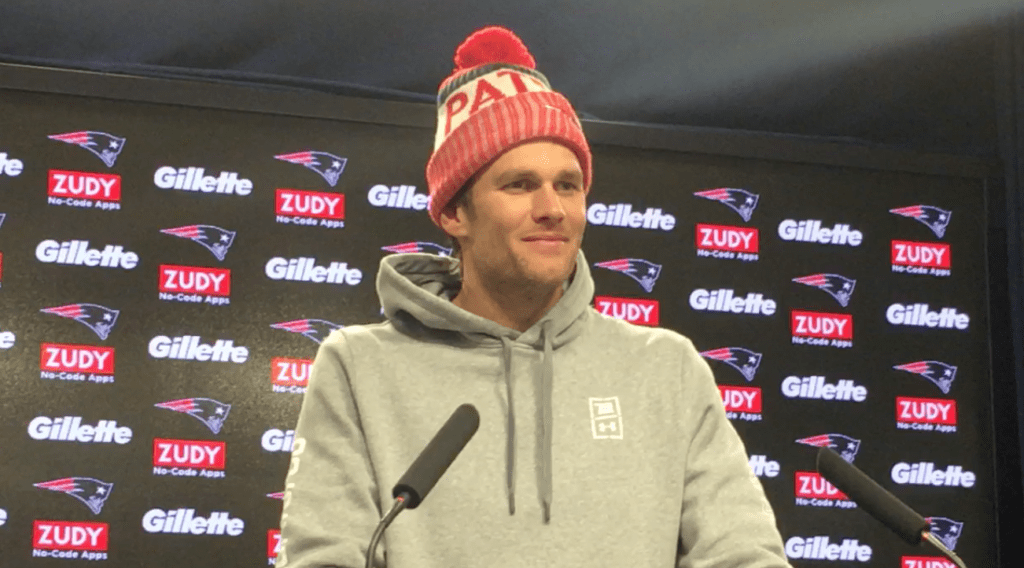 FOXBORO — Tom Brady has always prided himself on two traits key for any successful quarterback in the NFL.

It may not have looked that way at times in Super Bowl LI against the Falcons or even at times against the Titans and Jaguars in the playoffs this postseason.

But there’s a reason the cream rises to the top, even if it’s in nail-biting time in the fourth quarter.

It’s because, to paraphrase a popular expression in Philadelphia, Brady trusts his own process. Eagles head coach Doug Pederson told his team to worry about their own house and not focus on the greatness of the Patriots. Reading between the lines, that’s Pederson’s way of saying don’t wake the bear. Don’t disturb the beehive. Don’t trash talk about how you’re going to shut down the greatest quarterback in Super Bowl history.

I asked Brady if he and the Patriots follow that same mentality, don’t worry so much about what Philly might do and focus on his own strengths in the Patriots offense.

“Well, I think you have to do both because I don’t think you can discount what they do well,” Brady told me. “We obviously have to focus on what we do well, and I think after 18 games, it’s hard to reinvent your entire team in two weeks, and for what reason would that be?

“I think, you know, they have their strengths; we have ours. It’s going to come down to who plays the best, and that starts with being who’s the most prepared. It’s a lot of time to prepare still. I think we should use that time wisely, and obviously with a lot of things, you’ve got to plan and family and logistics and parties and all that stuff – getting everyone what they need just so we can make sure we go out and do the job we need to do.”

All-Pro nose tackle Fletcher Cox is certainly someone Brady and the offensive line will have to account for.

“They’ve got a great defense – as good as we’ve faced all year,” Brady added. “The D-line is I think better than any team we’ve faced all year. Fletcher Cox is an incredible player, but they’re all really talented. They all play well together. I think they’ve got a great scheme. It mixes in well with their coverages and what they do. But, they’ve been playing well all year, and that’s why they’re in this game, that’s why we’re in this game and it’s going to be a great game.

This is an Eagles team that will be embracing the underdog role heading into Super Bowl LII. Some players have taken to wearing dog masks on the field in their postgame celebration after wins over the Falcons and Vikings.

“I don’t think much about masks that they wear or anything like that,” Brady said. “I just try to focus on what we need to do. It’s a good team we’re playing. They’re a great team. They played well all season. They’ve been the best team, No. 1 seed in the NFC, so I think that speaks to how well they’ve played all year. They’re a great football team.

“I’m glad we’re still playing. I think, more importantly than anything, to be working this week is pretty special for all of us and it’s a great environment we’re about to go into. So, you’re right, we’re right at the finish line I think. It’s one game to play and there’s a finality to this game. We’ve got to hopefully play our best possible game. That’s what it’s going to take playing against a team that challenges us in all phases. They’ve been great on special teams, they have a great offense and they have a great defense. So, I don’t think anything less than our best is going to win the game, so hopefully it’s our best.”

There was no getting Brady off his focus in the days leading up to the team’s departure for Minneapolis. This is because the four days of installation in Foxboro are arguably the four most important days of prep for the Super Bowl that will take place over the two weeks leading up to the game.

This is Brady’s eighth trip to the Super Bowl, all of course with Bill Belichick as his head coach. The quarterback and coach know that you need to get as much installation done before the often silly press conferences and sublime Media Night Monday takes over.

“I always say I think Coach Belichick does a great job kind of getting the guys ready, and I feel like one of them,” Brady said. “I mean, this is exciting for me, too. So, I’ve never taken anything like this for granted, and I think we’re all very fortunate to be in this game. It’s a lot of hard work to get here. It’s exciting for us as players, coaches, for our families, for our friends, and what makes it great is when you go down there and you play great.

“So, being a part of a couple of these losses, those are pretty tough to swallow, but I think you realize how much effort you have to put in to prepare. It’s a very unique environment, unique game, and you have to be at your best. But in order to do that, you have to prepare as well as you possibly can.”

Brady’s only two Super Bowl losses have come by a combined seven points to Eli Manning and the Giants. Still, Brady – looking to avoid a third – won’t even be distracted by his own Facebook documentary “Tom vs. Time” when asked about it on Saturday and the need to avoid distractions.

“Yeah, we’ll stick to football this week, too,” Brady said with a sheepish smile. “So, I like that no distractions part. Thank you.”

Brady will no doubt embrace talk about his documentary, but only if the story has a fitting conclusion on Feb. 4.