The Celtics signed Noah Vonleh to a training camp deal and have 2 regular season spots Vonleh, Justin Jackson, Brodric Thomas and others have competed for. 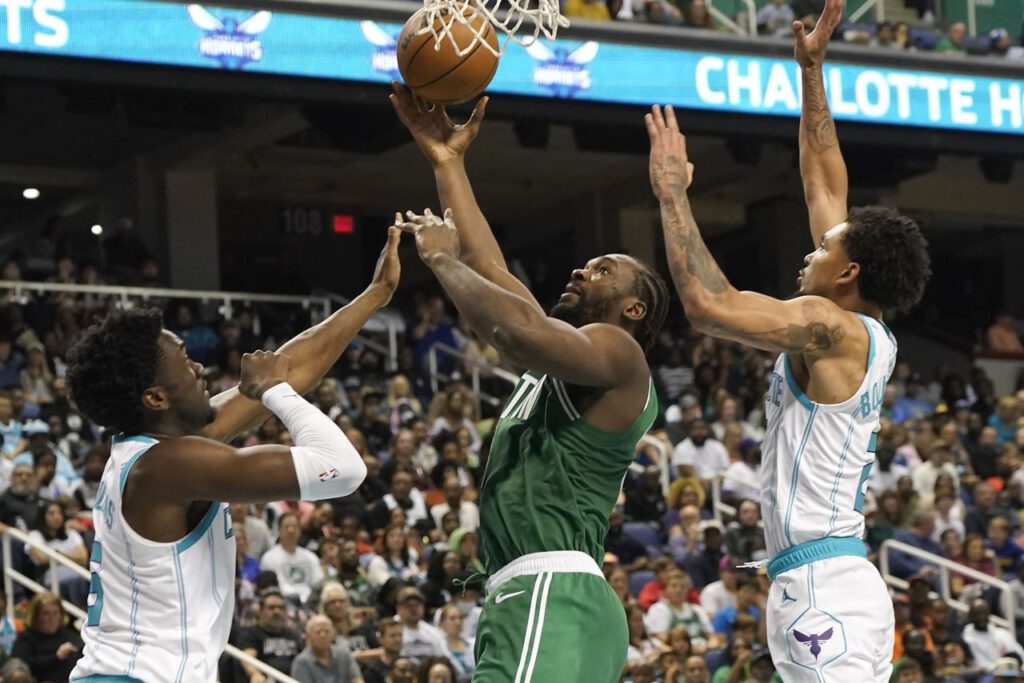 BOSTON — The Celtics have a mix of Noah Vonleh, Mfiondu Kabengele, JD Davison, Jake Layman, Luka Samanic, Brodric Thomas and Justin Jackson trying out for the final two roster spots after the team signed Blake Griffin to its 13th spot. Kabengele and Davison are already inked to two-way deals, while Vonleh has played the most time in camp by far. Does Thomas or Jackson bring more value, and is it worth filling the 15th?

Bobby Manning discusses, hearing that Boston will likely use all of its roster spots entering the regular season one week from Tuesday.