Will Sunday’s Democratic Debate Be a PR Unity Event? 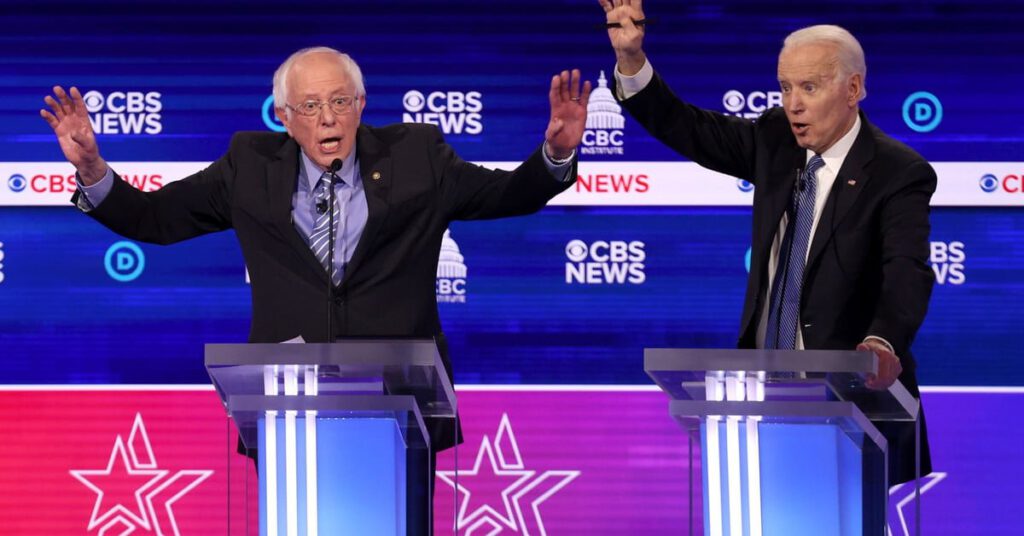 Following Joe Biden’s Super Tuesday 2.0 romp this past week, the dream of a second Bernie Sanders socialist revolution appears to be gone with it.

Numerous top party officials within the Democratic primary have called for Sanders to step aside, or for the Democrats to just shut the primary down altogether.

However, there have been reports that the upcoming Democrat debates are to be utilized as glorified PR unity events.  For Sanders to use the stage to begin to transition his rabid support and following to eventually vote for Joe Biden in this November’s general election.

.@berniesanders is giving @JoeBiden questions in advance of the Sunday debate so Biden knows what he has to address to get Bernie and his voters on his side. This is a very smart and mature statement. Good for him!

There are now numerous betting odds available at BetOnline.ag that take this into context.  One of the first props being: that Bernie Sanders will not reference Biden’s rather unpleasant auto-worker rant in this debate.  One can bet NO for -500 and YES for +300.

If Sanders really were to want to begin a stirring comeback, why would he leave these opportunities on the board?

Biden and Sanders are each a coin flip to win the debate.  Joe, however, is a massive favorite to clinch the nomination – sitting at -1000.