With J.D. Martinez in fold, it’s up to Red Sox players to meet great expectations 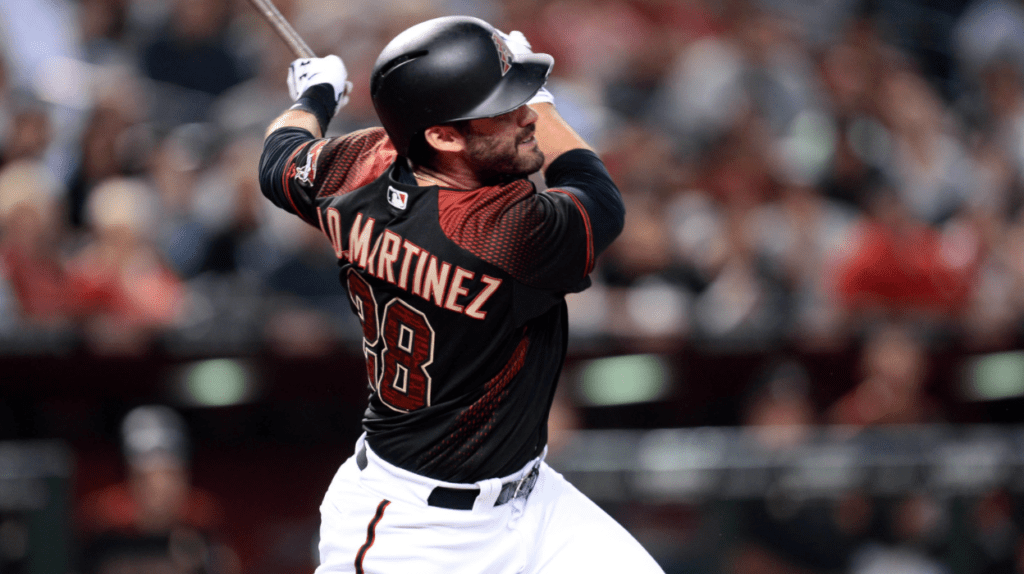 BOSTON — Now the pressure shifts to the players.

It seemed all along J.D. Martinez was eventually going to land in Boston, adding power to a team that has back-to-back 93-win seasons atop the AL East. There was some doubt over the last month since it was reported the Red Sox had offered five years, $100 million and weren’t going to budge off the $20 million average annual value.

They weren’t going to bid against themselves in the free agent market that resembled the frozen tundra of Antarctica.

Give Dave Dombrowski some credit for not immediately giving in. The president of baseball operations knew he had some negotiating room. He knew he could move off that number if he needed to and he apparently knew that – with Arizona showing ZERO interest in coming anywhere remotely close to the $20 million AAV for a 30-year-old slugger – there wasn’t going to be another team coming in at the last moment and scooping him up.

But after some creative manipulation that included a pair of opt-out years after 2019 and 2020, the power hitter the Red Sox sorely lacked in the first year of David Ortiz’s retirement is back in the Boston lineup at a pricetag of five years and $110 million. The Red Sox upped the average to $22 million and provided Martinez opt-outs after the second and third year of the deal.

Owner John Henry is the man signing the check. He clearly felt a boost was needed and he committed to it. But he also threw exiled batting coach Chili Davis and former manager John Farrell under the bus on Monday in a press conference just hours before Martinez was finally brought on board.

“From my perspective we made a lot of changes,” Henry said. “I think our approach last year was lacking offensively. We had issues that the players have already talked about, so I don’t need to talk about it, but I agree with what’s been said. But I don’t agree that we haven’t made much in the way of changes. These are significant changes.

“I think we have the right team. People don’t like us apparently saying that we won the division last year, but we had the best offense in the American League the year before last. We had significant pitching that was injured last year. I think we are very strong and people are highly underrating this team. If we have the right approach I think we’ll be very successful. I think we would have had more significant power last year if we’d had a different approach. That’s my opinion. It may not be true, but I think we have a very good offense.”

And adding Martinez was clearly Plan A all along.

The dynamic in the clubhouse bears incredibly close monitoring early on for a number of reasons. Martinez, through his agent Scott Boras, indicated that he was getting tired of the Red Sox “low-balling” him. Dombrowski and players last week said they were perfectly happy going into the season with the roster and the clubhouse if it turned out 2018 started without Martinez. And then there’s the obvious: Can Martinez live up to a monster contract?

“We’ll always strive to make our club better,” Dombrowski said Sunday. “But if we went into the season with the club we have now and it was healthy, I would feel very good about that.”

The Martinez signing should have a ripple effect through the Red Sox lineup. The Red Sox finished with an American League-low 168 home runs and were second to the bottom in slugging (.407).

The Red Sox have Mookie Betts and Andrew Benintendi at the top of the order. Martinez in the middle of the lineup that includes a more pliometric Hanley Ramirez, Xander Bogaerts and Rafael Devers could match the Yankees for potential firepower.

But that’s the $22 million question. Will it?

With Henry laying the blame at the feet of those no longer under the team’s employment, the pressure is now squarely on the players who have publicly recommitted themselves to a more cohesive clubhouse in 2018.

“Obviously losing David Ortiz is somebody who was charismatic and a great leader,” Red Sox chairmain Tom Werner said. “I actually like the youth of our team. I think if you talk to fans – I know there have been some comments, that I respect, that we didn’t have the most popular team, but when I look at Benintendi and Mookie Betts and Rafael Devers and Bogaerts and Bradley, I see energized young, exciting players. I know there were some bumps last year. But I look at a team that’s exciting. I don’t quite see it the way some of the fans see it.”

Winning over fans is simple. Produce and get past the first round. There are no more excuses now.