With Trey Flowers as the perfect example, Bill Belichick makes sure Patriots never wear down in the clutch 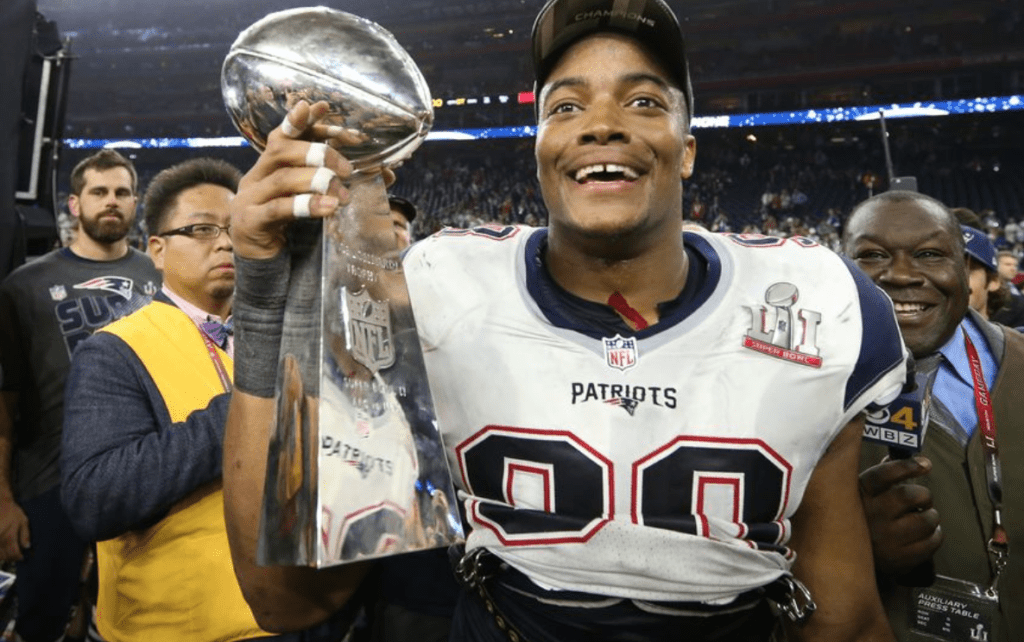 FOXBORO — If there’s been one trait of the latest run of excellence in the Patriots dynasty, it’s the will to finish.

Every team in the NFL preaches that. Even the Patriots in the mid-2000s talked about finishing games and seasons strong. Every college team with the lead shoots four fingers in the air heading into the fourth quarter. It’s really nothing new in football.

But this current group that will be battling the Eagles in Super Bowl LII has made its mark not just by finishing strong but by wearing down and driving the will out of its opponent when it matters most – late in games.

Bill Belichick and Matt Patricia both alluded to the team’s conditioning on Monday, saying the level of execution in the fourth quarter against Jacksonville was better than the previous three periods and that was the difference in being able to overcome a 10-point deficit in the final 15 minutes.

I asked Belichick if there was a certain emphasis late in the season and postseason to mental and physical endurance.

“We know in this league, as competitive and as evenly balanced as this league is, that a lot of times when plays will come down to, as we know, one or two plays to determine the outcome of a game or at this point in time the outcome of the season and how critical those are. We’ve got to do the best we can to prepare for any of those situations that might come up, which conditioning and stamina and so forth are part of that discussion.”

Last year in the Super Bowl, it was Trey Flowers with the sack of Matt Ryan that knocked the Falcons out of field goal range. When Flowers went down with a rib injury against Miami on Nov. 26, there was a sense of concern because Flowers was easily the player who generated the most consistent disruption along the defensive line. It’s why the Patriots weren’t about to rush him back or take any chances. He missed two games and made it back in time to be a force against the Steelers on Dec. 19.

Ever since he came out of Arkansas in 2015, the Patriots saw a defensive lineman with a remarkable motor and ability to explode. That motor was in high gear for the entirety of the second half Sunday, when the Patriots needed it the most. They were down and needed someone to start disrupting what the Jaguars were doing along the offensive line.

“I think it’s very good and I think you saw that from Trey in college,” Belichick added. “He plays hard, pursues the ball well, played a lot of plays at Arkansas, wasn’t substituted for a lot. He was in there and played a lot of important plays, kind of as you would expect him to be given the caliber of his play. So, yeah, he was a guy I would say that’s done this. It’s kind of what it’s been and – very competitive player, very productive player and a versatile one. He can do a lot of different things for us and has done that and it’s been very valuable.”

Matt Patricia saw this same trait. He also saw it in the days leading up to the AFC Championship.

“I don’t know if you want to call it stamina or work ethic or whatever you want, but his continual grind at the game, the way he approaches it and the way he works at it,” Patricia told me. “There was definitely a point in practice (last) week I distinctly remember where we kind of offset periods with the offense and doing some different things there and you look all the way across the field and there’s Trey Flowers working on his fundamental technique. He’s going through the drills by himself and then that starts to catch on and guys want to get down there and they want to do the same set of work.

“Just him and his continual work ethic that he portrays every single day in the building and preparing for the games on Sunday. That’s really what I think in the end helps him when it comes to game time. It’s just his approach during the week to try to make himself the best that he can and the most prepared that he can to play that game.”

WATCH: Trey Flowers on key to great second-half D “just win the 1-on-1 matchups” and they did. #NotDone pic.twitter.com/LKgreKvAOY

That’s the grind the players face in practice. Belichick offered an enlightening glimpse as to what it’s like for the coaching staff this week, putting plans in place to take on the Eagles.

“(Tuesday) is very much of a major working day, and I would say kind of a catch up day for us because we just don’t know very much about Philadelphia. You know, other years when we had played a team more recently like Seattle, who we had played two years before but in a regular season game, but there was some carry over from that or in the [New York] Giant years where we had played those teams in the regular season, there was a little bit less of an acclimation to the opponent this week because we had some background with them,” Belichick said. “In this case we really don’t know very much about Philadelphia. They’re obviously an outstanding team and we have a lot of work to do. We have a lot of ground that we need to cover, so we’re at it hard trying to catch up so when we bring the players in we’ll be ready for them and we can do a good job of presenting the information to them efficiently and accurately because, again, there’s a lot of information to digest. There’s 16 regular season games, and then there’s playoff games, and then maybe some additional other things that get kind of tossed in there as well.

But the bottom line is it’s a lot to sort out and then pull together pretty concisely because, again, for all those games that we look at – let’s call it 18 games, just to pick a number – I mean that’s probably 2,500 plays in all three phases of the game and there’s just going to be 160. So they can’t do everything that we’ve ever seen them do any more than we could run everything that we have experience running so we have to whittle down our side of it. We know that they’re going to have to only be able to run so many plays and so the idea is to not – we have to be prepared for a lot of things but at the same time we can’t be overly distracted by things that either have a low percentage chance of coming up or probably wouldn’t be the type of thing they would do against us.

“We try to eliminate some of those and make sure we work on the things that we feel are most problematic or may be most likely to occur. Today is a tough day because normally at this point we would have a lot of information on the new team, and we have a lot of information. We have a lot – I mean our pro scouting department has done a good job of advance scouting but from a coaching standpoint, the coaches haven’t really been focused on this game. We were focused on Jacksonville and now we turn our attention here to Philadelphia and there’s a lot of work to do. They’re obviously a great team and they’re strong in every area. That’s why they’re playing in this game. Our attention is on them but there’s a lot of work to do.”

Belichick and his staff will rest well on Feb. 5. But until then, this is the fourth quarter of their season and they will do everything in their power to mirror their players and finish strong.