Zdeno Chara was the Model Boston Athlete for a Generation 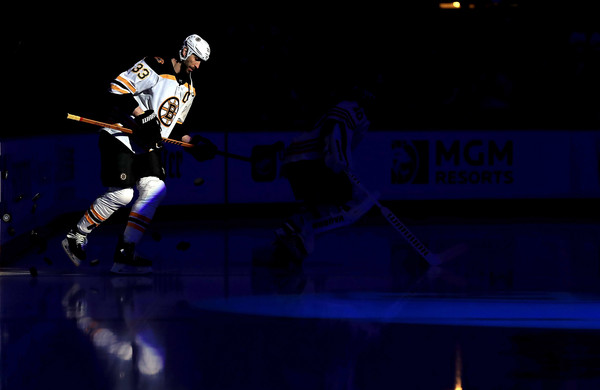 Through his years in Boston, Zdeno Chara was never the most well-known star.

There was Tom Brady in Foxboro winning six Super Bowls over a 20-year span and becoming the greatest quarterback in America’s most popular sport. Then there was David Ortiz who ended an 86-year curse, won three World Series rings and became the greatest clutch hitter in Red Sox history.

As iconic as Brady and Ortiz were though, no one embodied Boston more than Chara.

While Brady was off advertising Aston Martin cars and Ugg boots and Ortiz was touting his newest diamond earrings, Chara was your neighbor. He was blue collar. He rode his bike to work. He ate in the North End. He introduced himself to every player. He rode the elevator with everybody else.

He was just like you even though he wasn’t.

Now, Chara’s one ring doesn’t compete with Brady’s six and Ortiz’s three. Chara isn’t the greatest defenseman to ever play hockey and he wasn’t known for the clutch play — how did he let Alex Burrows score that easy wraparound in overtime like that?

But so many things stick out about Chara that put him on the same legend level as the Boston greats.

The toughness was one of his biggest staples. There was the obvious with the hits and the fights. It still amazes me people drop the gloves with Chara, especially after the bloodbath with David Koci in 2007. Chara rarely missed games. Excluding the lockout-shortened 2012-13, he didn’t dip under 70 games played for a season with the Bruins until he was 37 years old, and that was way back in 2014-15. His exercising regiments were well-known, as he worked out multiple times a day and after games.

And then there was Game 5 of the 2019 Stanley Cup Final when he actually played through a broken jaw, which was surprising cause it was a broken jaw but wasn’t because it was Chara. Deep down, you knew he wasn’t missing a thing. His introduction prior to that game wasn’t just the loudest I’ve ever heard the Garden — it was the loudest I’ve heard anything. The worst part of that situation was because the Bruins fell to the Blues in seven games, it sort of gets lost in the shuffle. Had they won, that would’ve been right up there with Curt Schilling’s bloody sock.

For top offensive moments, look to his hat trick back in 2011 and then that beautiful spin-o-rama down in Florida. Don’t forget about his screen on Patrice Bergeron’s game-tying goal in Game 7 against the Maple Leafs in 2013. And for some reason his method of “wind up and take the hardest slapshot I can from right in front of the goalie” seemed to work well in shootouts.

He was elite at the other end of the ice back then, too, shutting down the top, opposing guns on a nightly basis. Him against Alex Ovechkin was always a must-watch matchup. And remember when he got under Sidney Crosby’s skin in 2013? One of the biggest reasons as to why the Bruins won the Cup in 2011 was the pairing of Chara and Dennis Seidenberg — probably the best shutdown defensive duo of the past 20 years in Boston.

As the NHL got faster and left more and more bigger, slower players behind, Chara kept up. Yes, he’s looked slow in past years. But what saved him when teams came down on him was that huge reach of is, forcing guys to the outside and at the very least, contesting scoring chances. What was one of his bigger assets through his career ultimately saved him.

But the most important thing Chara ever did in Boston was the tone he set just by going there.

After three straight first-round exits and a lockout, the Bruins were a mess in 2005. They traded Joe Thornton, a former No. 1 overall pick, to San Jose for Marco Sturm and a bag of pucks (Brad Stuart and Wayne Primeau). Though Sturm ended up playing an important role in Boston, that return was not nearly enough for the eventual Hart trophy winner that season. The Bruins had also shipped out their former Calder trophy winning goalie in Andrew Raycroft. Not to mention Boston was never a huge free agent destination to begin with.

Despite it all, Chara signed with Boston and demanded he be captain. Think about the pressure — the big contract along with demanding to be the leader of a sinking, Original Six franchise. Though the first season didn’t go as planned (the 2006-07 Dave Lewis Bruins were a disaster), there was a real leadership culture set and it started with Chara.

That culture was one of the driving forces behind the Bruins being as dominant as they were from 2007-08 all the way up until today. He was aggressively against hazing younger guys. He hated the word “rookie”. Those things added up and created arguably the best locker room in hockey. That wasn’t just Chara’s doing — Patrice Bergeron and David Krejci had a lot to do with it, as well as other players along the way. But it did start at the top. The amount of young defensemen he mentored also can’t be forgotten — Dougie Hamilton, Brandon Carlo, Charlie McAvoy, to name a few.

He was the leader of the crew that made New Englanders proud to be Bruins fans again. Growing up, every kid wanted to be him on the ice — big, tough, dominant. Were any of us actually 6-foot-9? No. Were we going to act like we were? You bet.

Chara’s best and most iconic moment came when he hoisted the Cup in Vancouver.

After three Game 7 wins, coming back from down 2-0 in a series twice and with Vancouver burning outside, Chara grabbed the Cup and let out a caveman’s yell as his hat fell to the ice and he was oh-so-close to falling over. Even with the thousands of angry Canucks fans surrounding him, it was picturesque.

Like Brady’s infamous fist pump and Ortiz’s point to the sky after a home run, Chara’s goal celebration — both hands to the sky, mouth wide open — was equally “Boston”. There was just something about it.

Somehow Bostonians related to a 6-foot-9 creature for over a decade. Even though he was taller than most NBA players, his toughness, grit, leadership and blue collar attitude embodied the culture of Boston like none other.

And we probably won’t see anything like him ever again.