Baker Mayfield Doesn’t Report to Browns Camp – Where Will He Play Next?

The former number one overall pick is looking for a new home in 2022. 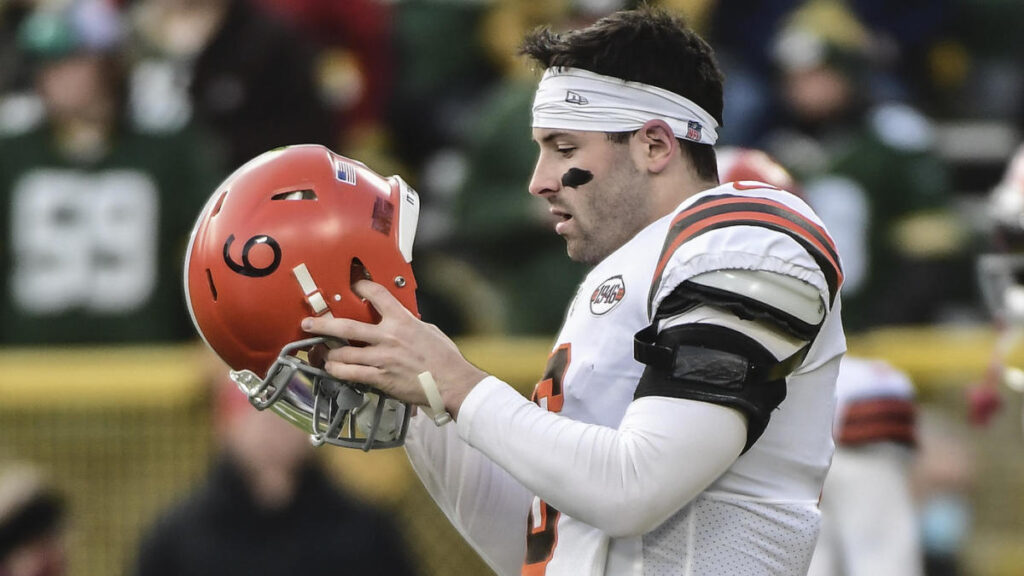 As first reported by ESPN’s Adam Schefter, quarterback Baker Mayfield did not report to the Browns offseason workout program on Tuesday.

No surprise, but Baker Mayfield officially not present for the start of the Browns’ off-season workout program today.

The former number one overall pick in the 2018 NFL Draft has had himself quite the offseason. After nursing a shoulder injury all year, Mayfield sat our week 18 and underwent surgery on a torn labrum.

On March 17th, he requested a trade out of Cleveland after they were rumored to be in on the Deshaun Watson sweepstakes. Now that Watson is officially a Brown, the front office and Mayfield are said to be working together to find him a new home.

Since Baker is as good as gone with Cleveland – BetOnline has odds on who he will suit up for next (unless, for some reason, it’s the Browns). Take a look:

The obvious answer here is Carolina. Mayfield has been linked to the Panthers over the last several weeks – and as NFL Network’s Ian Rapoport put it, Carolina is “the most likely” trade destination for Baker. He reported that the Panthers brass is currently evaluating all of the top QB’s in this class, and Mayfield, ahead of the 2022 NFL Draft. If Baker is indeed headed to Carolina, expect it to happen prior to next Thursday.

A “longshot” if you want to call it that, is the Seahawks at +900. They’re a team who is in somewhat of a rebuild after trading Russell Wilson to the Broncos, and Mayfield would be a top-tier bridge quarterback. Baker said it himself on the YNK podcast when asked where he thinks he’ll play next, “Seattle… would probably be the most likely option.” Mayfield and Pete Carroll would be a super exciting pair to watch together, and for what it’s worth, I think Baker is a perfect fit for that Seahawks uniform: 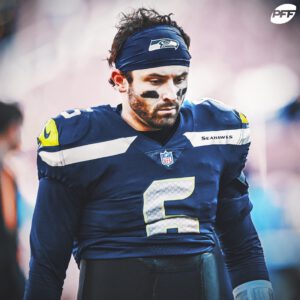 Wherever it may be, the former Heisman Trophy winner deserves a second chance. He’s just one season removed from taking the dreadful Cleveland Browns to the playoffs for the first time since 2002, and has both the moxie and the arm talent to succeed in this league. I fully expect him to make any situation he lands in better for the 2022 season.