Best Remaining Free Agents and Trade Targets for the Patriots 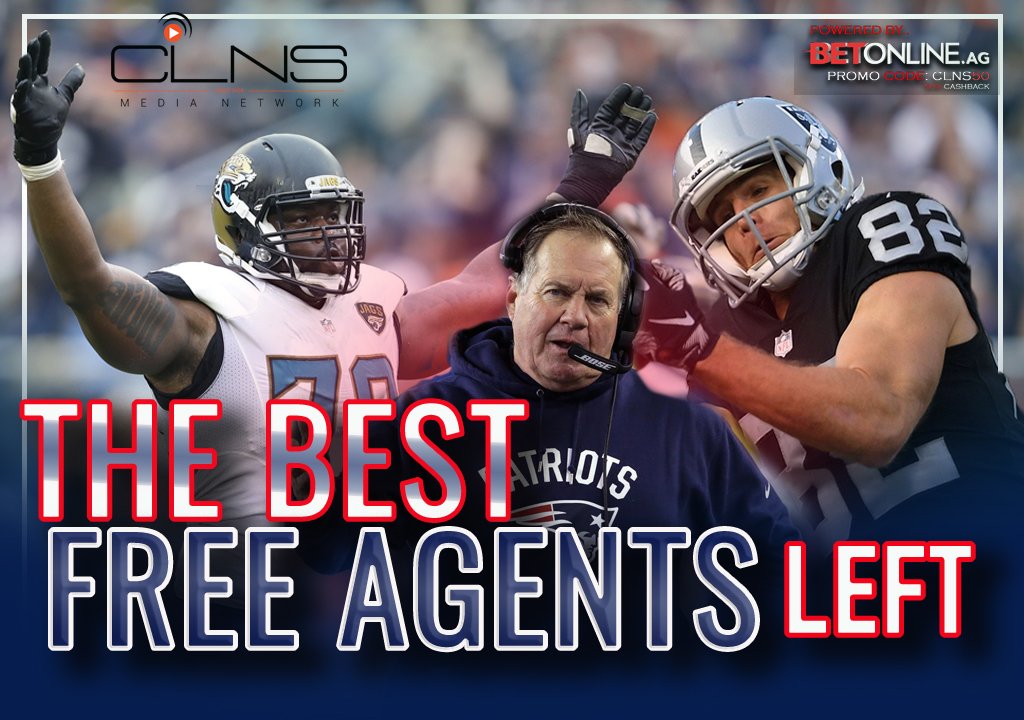 Entering the second week of the league year, the Patriots need to move some money around before they make any significant cap acquisitions via free agency or trade.

According to an internal report sent around to teams on Sunday, the Patriots have $5.55 million in cap space, which means they’re done making moves unless they free up some room when you factor in the roughly $3 million they need to allocate to the 2019 draft class.

The Pats can create more cap space in a few different ways such as contract extensions with players entering the last year of their deals (Tom Brady, Devin McCourty, Kyle Van Noy, Julian Edelman, Joe Thuney) or by converting salaries into signing bonuses for those signed beyond 2019.

For example, the Patriots could convert up to $8.6 million of Stephon Gilmore’s 2019 salary into a signing bonus, giving themselves some wiggle room to make another signing or trade.

With that in mind, here are some names that are still on the free agent and trade market that could pique the Patriots’ interest:

Since their release from the Raiders, many have theorized that the Patriots might kick the tires on veteran receiver Jordy Nelson and offensive tackle Donald Penn.

Here’s my take on both former Pro Bowlers as it pertains to their fit in New England.

Nelson is nearing the end, but his play in the last month of the regular season for Oakland suggests there could be something left in the tank. In the Raiders’ last five games of 2018, Nelson averaged over 75 receiving yards per game and caught nearly 80 percent of his targets. Although he doesn’t run like he used to, the former Packers wideout still shows great attention to detail and understands how to get open against different coverages. A receiver like Nelson that manipulates coverage based on leverage and other nuances makes things easier on the quarterback. I believe that Nelson can still be a top three receiver on the depth chart, and it should come with little risk for New England.

When Oakland released Penn, his age (turns 36 years old in April) and performance last season gave me pause, but after some digging into his situation with the Raiders my opinion changed slightly. After years of experience at left tackle, Oakland moved Penn to right tackle to make room for rookie Kolton Miller on the left side. Penn didn’t adjust well to a tricky maneuver late in his career, and some have explained to me that his season-ending foot injury could’ve been a result of the switch. In 2017, Penn was a starting caliber left tackle and could be that again this season.

To me, the decision on Penn comes down to two things; how much will it cost and how do the Patriots view next season for 2018 first-round pick Isaiah Wynn?

Penn won’t be cheap, and it’s possible that they feel Wynn is ready to take on the starting role right away after an Achilles injury ending his rookie season before it even started. If the Patriots want Wynn to learn on the field for a year before taking over as they did with Nate Solder, Penn could serve as a bridge starter, but he’s signing to play not as a backup swing tackle.

Another option for the Patriots other than the Raiders castoffs could be former Jaguars starting right tackle Jermey Parnell. The Jags cut Parnell to make room for Nick Foles, but he has starting experience and would be a luxury swing tackle if the price is right.

While prepping for the Jags over the last few seasons, Parnell’s hand strength and power at the point of attack flashes. He can stun pass rushers with his punch and uses that hand strength and length to win in the trenches.

The Patriots have dipped in the restricted free agent well before, and there are a few intriguing options if they decide to go that route again.

After trading for Odell Beckham, the Browns now have the most expensive wide receiver corps in the NFL, and Higgins is dangling out there on an original round tender (fifth-round pick). Higgins will turn 25 years old during the 2019 season and has shown steady improvement in Cleveland in each of his first three seasons. The Colorado State product has above-average arm length that translates into a large catch radius, displays strong hands at the catch point and can sink his hips to change directions at the top of routes.

On the sequence above from last season, you see those traits at work. On the first play, Higgins runs the “whip” or “return” route that’s a staple of the Patriots offense. He squares up the corner in his release and stems with a hard inside push like he’s running a crosser then sinks his hips to quickly change directions into the flat for a first down reception. On the next play, he shows that stop down ability at the top of the route finding a soft spot in the zone coverage and plucks a high pass controlling it through contact.

The Patriots can either surrender their fourth-round pick for Higgins (they don’t currently have a fifth-rounder) or agree to other compensation with the Browns, but they’ll have to make a generous offer to pry Higgins out of Cleveland.

The Seahawks tendered Fant at the second round level, which tells you that they are high on him. However, Seattle could easily use their first-round pick on an offensive tackle in April’s draft, and Fant is still third on the depth chart. On 123 pass blocking snaps last season, Fant only gave up three pressures playing both left and right tackle.

On this play, Fant is at right tackle, and you see him chip and climb to the second level. Fant displays power on the double team then climbs with good timing and accuracy to get the linebacker to open the hole for the running back.

The Seahawks have the salary cap space to match an offer sheet, but Fant is a starting caliber tackle that’s still available for the Patriots.

Unlike the names listed above, this group will likely come at more of a discount for the Patriots based on their current markets.

The biggest name of the group is another former Packer, slot receiver Randall Cobb. Cobb’s free agent market hasn’t been what some expected. Much like Nelson, Cobb isn’t the same player he once was, but the Patriots aggressively pursued other slot options this offseason, and he fits their system. He’s tough, will go over the middle, has reliable hands and has a good feel after the catch. The veteran receiver only played in nine games last season due to a hamstring issue, which is worth noting, but he’ll come at a discount.

The Patriots probably would’ve signed Inman over Maurice Harris or Bruce Ellington if they were interested, but I’m going to continue to bang the table for him. Inman impressed me in the playoffs with the Colts when the Texans secondary couldn’t cover him, not even top corner Kareem Jackson. I wrote about Inman in more detail before free agency started, and you can read that here.

Kearse had arguably his best game against the Patriots in Week 12 last season, which makes a rough season for the veteran feel better for Pats fans. However, Kearse can still separate over the middle and will fair much better with Tom Brady than he did with rookie Sam Darnold and Josh McCown. The former Seahawks wideout has also avoided serious injury to this point, playing in at least 14 games for six straight seasons. The best ability is availability, and Kearse could be a reliable player in New England.

The Patriots are always active in the trade market, but without any rumblings, we’ll have to do some detective work to find candidates, and that takes us to New York and the Giants.

The Giants traded away Odell Beckham and then signed another slot receiver in Golden Tate this offseason, which leaves 2016 second-round pick Sterling Shepard. Shepard is on the last year of his rookie deal, and the Giants might decide to move him now instead of offering him a pricey contract extension. For the Patriots, Shepard fits nicely as a versatile weapon that can play both the slot and outside. Last season, Shepard’s 872 receiving yards were split evenly between the slot and outside, but in 2017, he had the fifth-most receiving yards out of the slot in the NFL (639). Shepard is both extremely affordable ($1.2 million in base salary for 2019) and a good fit on the field for the Patriots, but other than a weird offseason in New York, there’s no indication that he’s on the block.

Some would like to see A.J. Green in this spot if we are talking Bengals receivers, but Green’s 2019 cap hit makes things difficult. Boyd is the younger, healthier and cheaper receiver that’s coming up on the last year of his deal. Last season, Boyd had a breakout campaign eclipsing 1,000 yards with seven touchdowns and a 127.8 passer rating when targeted in the passing game. Boyd also ranked fourth in the NFL with 733 of his 1,028 receiving yards coming out of the slot. He’s a great fit and extremely talented, but the Bengals asking price for a 24-year-old wideout on the rise might be too steep for New England.