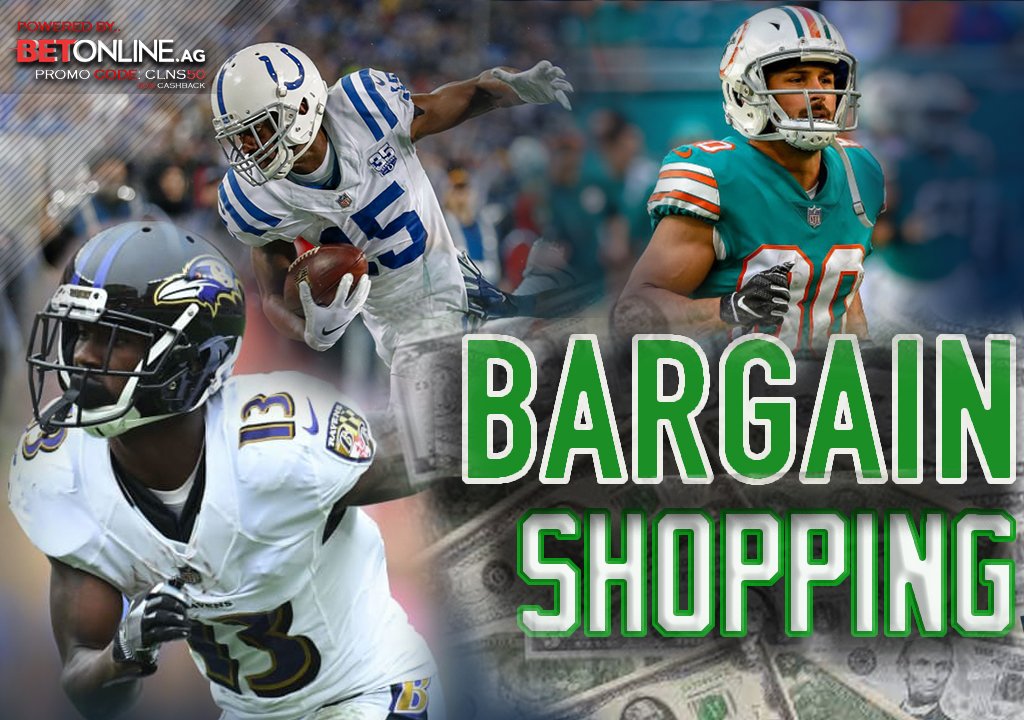 Every year we theorize about the Patriots’ offseason plans and hone in on big names.

We’ve all done it, I’ve done it, twice, with pieces about Odell Beckham, Jr. and Adam Humphries in the last month.

Some trustworthy sources have suggested that the Patriots might “load up” this offseason to capitalize on the twilight of Tom Brady’s Hall of Fame career.

However, with only $24 million in cap space, besides re-signing their own free agents, the Patriots will in all likelihood go bargain hunting in free agency this offseason.

With that in mind, here are five under-the-radar free agent targets for New England this offseason:

Brown might demand too much money on the open market to qualify as a “bargain” but the quarterback switch in Baltimore last year stunted the speedy wideouts production, and Bill Belichick loves to take advantage of those types of situations. His price tag would be much higher if the Ravens stuck with Joe Flacco; Brown was on pace for a 1,000-yard season with Flacco at quarterback and isn’t just the deep threat receiver that the narrative would suggest. Where does he fit into the Patriots offense? Glad you asked. Last season, 44 percent of Brown’s receiving yards came on passes at the intermediate level (ten to 20 yards).

Here’s a perfect example of how the Patriots could unlock Brown’s game-breaking speed without throwing it to him 50 yards downfield. Brown runs a simple in-cut against a cornerback playing with outside leverage. Flacco gets him the ball in stride, and Brown gets an excellent open-field block from his tight end to help him flip the field and run for a 56-yard gain. The Patriots can scheme open runways for Brown to take off into space.

Brown also does defenders dirty on comebacks on the perimeter against defensive backs concerned about his speed.

The 28-year-old is an inferior but cheaper version of what the Patriots got with Brandin Cooks two years ago, and an upgrade over Phillip Dorsett.

Inman got my attention with his performance in the postseason, earning an 80.5 overall grade from Pro Football Focus in January. Inman caught all eight of his targets in the Colts’ two playoff games and flashed terrific route running skills when he was at his best last season. Inman changes speeds and directions within the route, which helps him separate with nuanced route breaks.

In 2016, Inman had 810 receiving yards for the Chargers, and although he hasn’t matched that production the last two seasons, he’s an NFL route runner with size to win on the perimeter.

Let’s get the band back together. After a year away, the Dolphins cut wide receiver Danny Amendola freeing up $6 million in cap space. Amendola took a slight step back with Miami last season, but he still caught 43 passes out of the slot for 437 yards. Plus, there’s no receiver in free agency that’s as familiar with the Patriots offense and quarterback Tom Brady than Amendola. The former Pats wideout has expressed interest in rejoining the team, but the Pats set his value multiple times and made it clear that they won’t pay him more than Julian Edelman. If Amendola comes back, he’ll have to take a significant pay cut.

Pennel is one of my favorite sleepers in this free agency class. He was a force in the middle of the Jets defense as an elite run defender last season. His upper body strength and first step quickness make him a nightmare for interior offensive linemen at the point of attack, and he earned an 87.1 overall grade from Pro Football Focus last season (14th among interior defenders).

Pennel got on my radar with a solid performance against the Patriots in Week 17 of 2017, and he backed that up with a strong 2018 season. On the play above, Pennel is initially combo blocked by center David Andrews and left guard Joe Thuney but uses one extended arm to hold and then collapses the hole by pushing Andrews right back into Dion Lewis.

Last season was a breakout year for the soon to be 28-year-old, and he’ll most likely be cheaper than re-signing Malcom Brown or Danny Shelton.

Nsekhe is an extremely versatile player that has filled in admirably for the Redskins backing up nearly every position along the offensive line. Last season, he allowed one sack and 11 quarterback pressures on 249 pass blocking snaps, including 195 total snaps at left tackle. The Redskins used Nsekhe mostly as a swing tackle, but he has starter potential if a team gives him a chance. The Patriots could be that team if they’re looking for some veteran insurance behind last year’s first-round pick Isaiah Wynn.

The Ravens selected Williams 55th overall in the 2015 draft, but he only managed 497 receiving yards in his first four NFL seasons. In response, the Ravens drafted two tight ends a year ago, and recently re-signed tight end Nick Boyle, meaning Williams is the odd man out. Last season, Williams graded out as the 16th-best tight end in the NFL according to Pro Football Focus and was an above-average run blocker. The Patriots love to take fliers on high draft picks that failed on their rookie deals, and Williams fits that mold.