The Red Sox travel to Houston on Friday for Game One of the American League Championship Series. 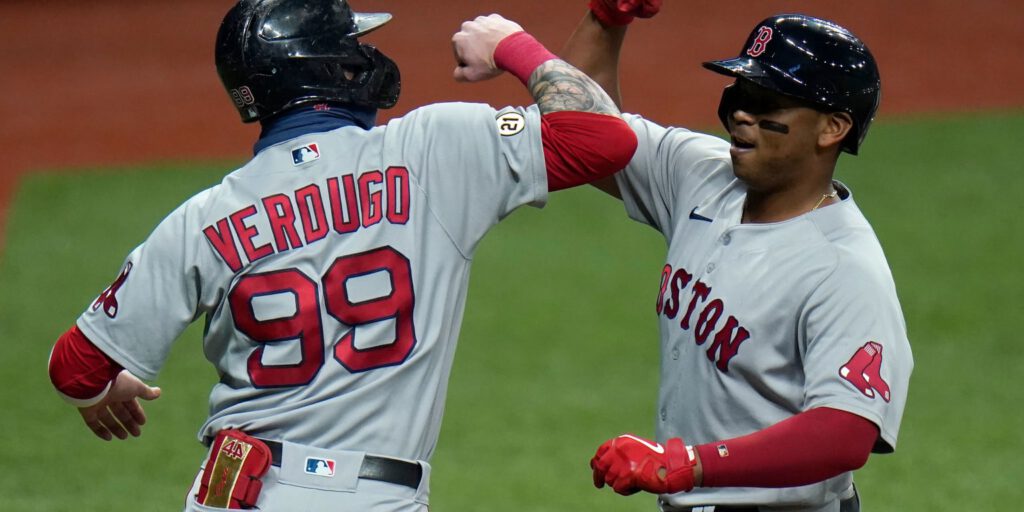 After rummaging through two division rivals in the Yankees and Rays, the Red Sox now have their sights set on bigger and better. Boston is set to take on the Houston Astros for a shot at the World Series.

The Astros went 95-67 this season winning the AL West. They finished off the Chicago White Sox in four games in their division series.

The series starts in Houston on Friday from Minute Maid Park. First pitch is set for 8:07pm and game will air on FOX.

According to BetOnline.ag, the Red Sox open up the series as underdogs. Here are the full odds for the series and game one, courtesy of our exclusive wagering partner:

Red Sox manager Alex Cora announced on Thursday that they’ll go with pitcher Chris Sale in game one. Sale started game two of the Tampa Bay series for Boston, but only lasted an inning after letting up five runs on four hits. Sale came off Tommy John surgery and started nine games for the Red Sox down the stretch. He went 5-1 in those game, striking out 52 batters and holding a 3.16 ERA.

The Red Sox will start Nathan Eovaldi in game two. Eovaldi has been nails in the playoffs for Boston since they traded for him in 2018. He’ll need to keep that up for them to make a run at the World Series.

Centerfielder Kiké Hernandez had an outstanding LDS against Tampa. He hit .450 with two homers, and knocked in the series winning run in game four. Hernandez will look to continue giving Boston the bump they need heading into the LCS. He spoke about this Red Sox team on Monday:

Kike Hernandez: “We are surprising everybody but ourselves.”

Astros pitcher Lance McCullers is dealing with a strained forearm and could potentially be out for the entire ALCS. Houston’s ace let up just one run on five hits in their series clinching game before being pulled after four innings to the injury.

There is great concern for McCullers in the short term, and he’s most likely out for the ALCS

Houston will send lefty Framber Valdez to the mound on Friday. Valdez held a 3.14 ERA during the regular season and went 11-6. He started game two of their series against Chicago, going four and a third innings and letting up four earned runs on seven hits. Luis Garcia will start game two for Houston.

As much as I’m in on this Red Sox team right now, I think Houston takes game one. Although Boston is coming off rest, the Astros are coming on a 10-1 thumping of the White Sox and will be out for blood.

I think Boston will ultimately find their groove and win the series, but Houston will be victorious on Friday with Valdez on the bump.

Broncos vs Chiefs | Fading The Chiefs At Home? | BetOnline All Access NFL Picks