Red Sox Open as Underdogs Ahead of ALCS vs. Astros | BetOnline.ag

Manager Alex Cora and his Red Sox are set to take on his former team in the American League Championship Series. 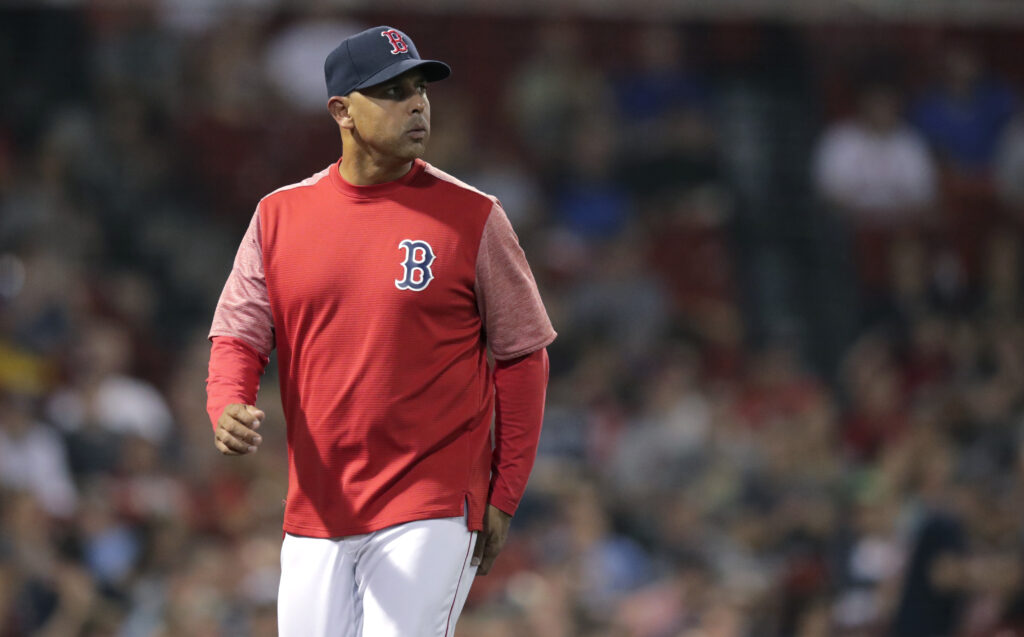 After an outstandingly hard fought ALDS against the Tampa Bay Rays, the Red Sox are onto the American League Championship series. Boston will take on the Houston Astros, who edged out the White Sox 3-games-to-1 with a convincing 10-1 win on Tuesday.

Game One of the ALCS will take place in Houston on Friday. The game will air on FOX and the time is currently TBD. Below is the series price for the ALCS, brought to us by our exclusive wagering partner BetOnline.ag:

Get your trash cans ready folks! The storylines surrounding this series are incredibly dicey, and it hasn’t even started yet.

As we know, Red Sox manager and former Astros bench coach Alex Cora was involved in Houston’s sign stealing scandal that led up to their World Series victory in 2017.

While “sign stealing” in the basic sense is legal and considered “gamesmanship” in baseball, the use of technology takes it to another level. The Astros were using replay cameras in the stadium to relay signs to their dug out, and then would make noise (using trash cans) to alert the batter at the plate what pitch was coming from their opponent.

Former Astros pitcher Mike Fiers brought the scandal to light in an interview with The Athletic in 2017, which led to an investigation by Major League Baseball. The league used their findings to suspend Houston general manager Jeff Luhnow, manager A.J. Hinch, and Red Sox manager Alex Cora for the entire 2020 season.

Houston fired their brass upon the MLB’s announcement and the Red Sox and Cora mutually agreed to part ways.

While Luhnow is now out of baseball and Hinch found his way to the Detroit Tigers, Boston gave their guy a second chance. They re-hired Cora to a two-year contract on November 6, 2020. He has since led Boston to a 92 win season and a spot in the league championship against his former team.

Cora spoke about the Red Sox advancing to the ALCS on Monday:

Moving into actual baseball now. Yes – the Red Sox have made it through both the Yankees and the Rays rather handily over the last week and a half, but the Astros aren’t a walk in the park. The AL West division champs 95 wins in 2021 show that Hinch and Cora’s cheating ways weren’t the only thing allowing them to succeed.

This team is loaded with talent. Their lineup is stacked with guys like Jose Altuve, Carlos Correa, and Yordan Alvarez. They also see production from Alex Bregman, Kyle Tucker, and Yuri Gurriel. As a team, the Astros led the MLB in batting average with a .268.

Houston also has a solid starting pitching rotation led by Lance McCullers and Zach Greinke. McCullers led the team with a 3.16 ERA and 13 wins, while Greinke had 13 wins himself and struck out 120 batters over his 29 starts. The Red Sox certainly have their work cut out for them.

Check out the latest edition of the Red Sox Beat podcast HERE, where our own Mike Petraglia is joined by MLB.com’s Ian Browne:

This series is going to be closer than you think. Cora knows his former team well and will have his guys dialed in. Getting some much needed rest, the Red Sox are sure to come out hot on Friday.

I’m not putting it on the record, but Cora and the Red Sox (+130) have all the momentum right now. I bet you’ll see them in the World Series in a few weeks.