We take a look at game four of the ALDS, powered by BetOnline.ag. 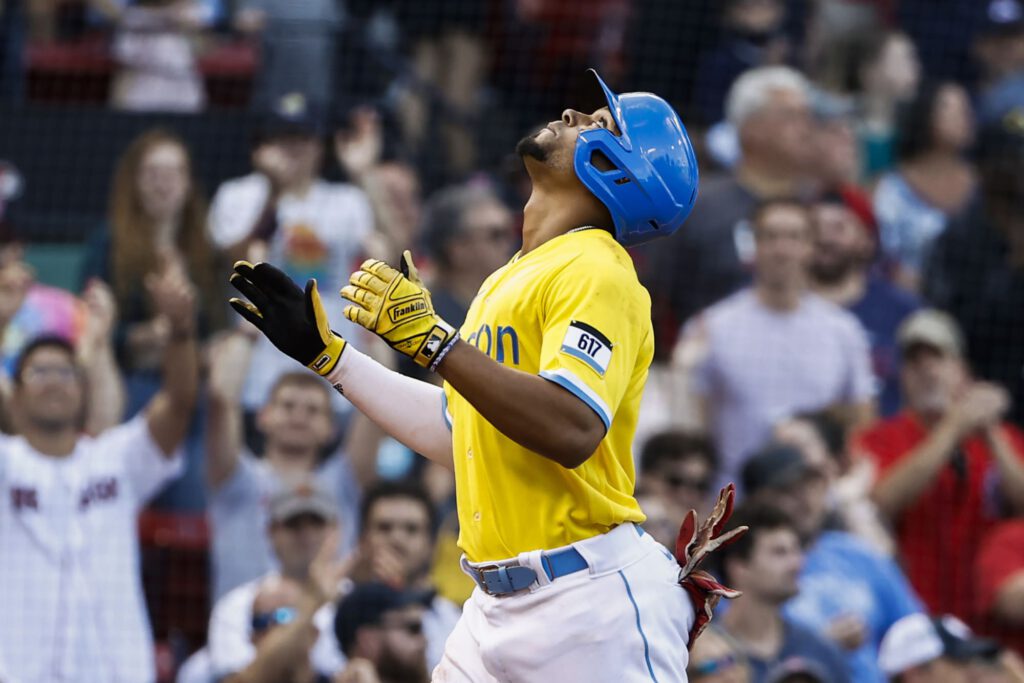 Now I’m not one to brag – but not only did we did go 2-0 in our Game Three preview article bets, we also hit the final score right on the head. The Red Sox beat the Rays on Sunday night in incredible fashion, with a walk off two-run home run from catcher Christian Vasquez in the bottom of the 13th to cap off the 6-4 win.

Boston now heads into Marathon Monday as a heavy favorite to win the series against Tampa Bay, sporting -255 odds to advance to the ALCS, per BetOnline.ag. Game four will air on FS1 from Fenway Park, with first pitch set for 7:07pm.

Let’s take a look at the betting lines for the rest of the series, courtesy of BetOnline.ag:

All great things seem to come with a little bit of controversy (i.e. Tuck Rule Game). The Rays looked to have taken a 5-4 lead in the top of the 12th after a Kevin Kiermaier hit went off both the right field wall and Hunter Renfroe’s leg before finding its way into the bullpen. Yandy Diaz scored, but was brought back to third base after the play was ruled a ground rule double.

I’ve watched this 20 times today. No other way to score it than a ground rule double. #RedSox

Nobody at Fenway looked to have seen anything like what had happened or knew how to score it. It was an odd circumstance, but a ground rule double was the only logical ruling. Boston certainly caught a break, but they would have won the game anyway with the Vazquez two-run homer in the bottom of the inning.

The real story on Sunday was Nick Pivetta. Assumed to be pitching in game four on Monday, Pivetta came in relief after Boston exhausted their bullpen and put together four shut out innings for the Sox. He struck out seven while only letting up three hits and one walk.

Here’s a fired up Nick Pivetta after striking out Manuel Margot to end the 12th:

Pivetta’s performance reminded me of Nate Eovaldi’s outing in game three of the 2018 World Series against the Dodgers. Eovaldi came in at the back end on short rest and put together six outstanding frames in Boston’s 18-inning loss to the Dodgers. What was better about this one? They came out with the win.

This is Boston’s chance. They have to use their momentum from Sunday’s win and end it tonight. If the series goes back to Tampa Bay on Wednesday, they’re probably toast.

I continue to come back to the Marathon Monday storyline because I think it’s important. Fenway Park and the city of Boston are going to be electric tonight coming off the 125th running of the Marathon. We’ve never seen a playoff game on the same day as the race, and I think it’ll be a day to remember.

Red Sox WIN, we’ll see you in the ALCS.