There's nothing like October baseball at Fenway Park. Check out the odds for Red Sox - Rays, powered by BetOnline.ag. 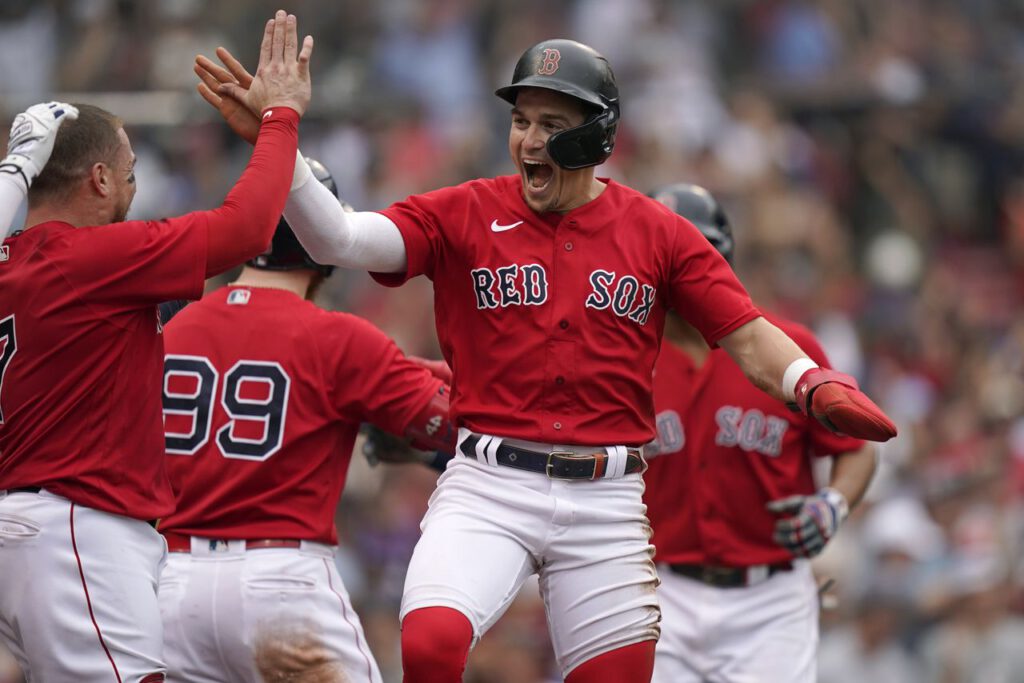 Boston got their bats going on Friday night at the Trop, taking down the Rays 14-6. They now have home field advantage for the remainder of the series with their ace taking the ball in game three.

The Red Sox return home to Fenway Park on Sunday with first pitch at 4:07pm. The game will air on MLB Network.

Here are the odds for the game three, courtesy of BetOnline.ag:

Despite not getting the start they wanted from Chris Sale on Friday, the Red Sox were still able get guys across the plate and put together a convincing win.

Sale only put together one inning before being pulled for reliever Tanner Houck. Manager Alex Cora is lucky he made the switch when he did, as Houck put together an outstanding five innings for the Sox letting up just one run on two hits.

Tanner Houck on the mental approach to come in for Chris Sale after 1 inning.

"I definitely had a little butterflies at first."

Boston strung together 14 runs on 20 hits and had an answer for every run the Rays scored. Rookie pitcher Shane Baz went just two and a third innings for the Rays, allowing three runs on six hits. Kiké Hernandez was the star of the show for Boston, going 5 for 6 at the plate with four extra base hits. J.D. Martinez made his anticipated return to the lineup, going 4 for 5 and knocking in three runs.

Martinez and outfielder Alex Verdugo spoke to the media after the game:

I can’t quit this team. Every time I try to give up and fully move onto football season, they pull me back in. The Rays aren’t going to go away easy, but these Red Sox don’t have quit in them either.

With Nate on the bump at Fenway, I really think the Sox get the win and go into Marathon Monday up 2-1 in the series. Get those blue and yellow jerseys ready.