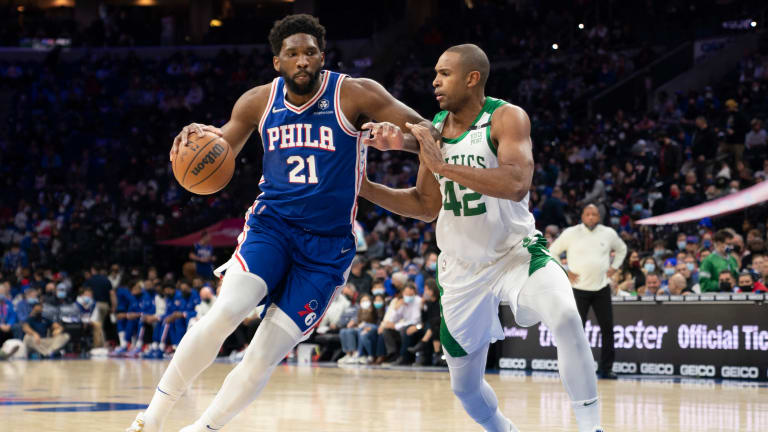 According to the online sports book Betonline.ag, the Boston Celtics are 3-point favorites:

Daniel Theis is the only questionable player for Tuesday’s game, but with Boston’s trade with the Rockets becoming official, he is expected to be available.

Meanwhile, the 76ers only have one player listed on the injury report – James Harden. He will not play until after the All-Star break as he continues to nurse a sore hamstring.

The Celtics have beaten two solid teams in a row – the Denver Nuggets and Atlanta Hawks. They are now in prime position to fight for a top-tier playoff spot. Boston sits at 33-25 on the season, good for sixth in the Eastern Conference. They are only two games back of both the 76ers and the Milwaukee Bucks. If they take down the Sixers tonight, they would be only one-game back of fifth place.

Defense has been the main catalyst behind Boston’s recent surge. They are able to throw out a defensive lineup of Marcus Smart, Derrick White, Jaylen Brown, Jayson Tatum, and Robert Williams. That’s without even accounting for Al Horford. Ime Udoka has so many defensive pieces to work with. They are the second-best defense in the league on the year and by far the best over the last two months. But now they must take down Joel Embiid.

Embiid has absolutely cooked the Celtics all season. He’s always going to dominate, but it’s all about slowing him down. With Harden sitting out until after the All-Star Game, Embiid will continue to carry the load for Philadelphia. In most cases, Embiid is the frontrunner to win MVP this season. He has been nothing short of dominant, and trading for Harden is Philadelphia’s way of capitalizing on that dominance.

However, Daryl Morey did hurt the depth of the team by trading for Harden. Ben Simmons may have been the main piece of that deal, but from the Sixers’ perspective, he wasn’t even close to the most impactful. They lost Seth Curry, their go-to three-point marksman and fourth-leading scorer, and Andre Drummond, the only real backup center on the team. They will have to get crafty with their rotations until Harden returns.

Obviously, the first order of business has to be to account for Embiid. In all likelihood, Horford will begin the game on Embiid and Udoka will have to get creative from there. Maybe throw Brown on him and have Williams and Smart constantly helping to pester him. There’s no one in the league that can stop Embiid, but slowing him down is always a priority.

Next up is the rest of the squad. Embiid is the primary offensive option in Philadelphia, there’s no doubt about that. But past him, there are still guys like Tobias Harris and Tyrese Maxey. If the Celtics’ elite defense can snuff out Philadelphia’s secondary options, then Embiid will have a lot more trouble killing the C’s single-handedly. Sure, he’ll put up a valiant effort, but if he has no one to kick it out to, then his life becomes a lot harder.

Finally, as much as Boston should worry about the scouting report, they also just need to focus on themselves. As Udoka stated a few games ago, it’s about playing nameless, faceless opponents. That’s been working for the Celtics lately, so realistically, why stop now?

This is the toughest opponent Boston has faced since the start of their winning streak. Boston is 2-1 against the 76ers this season, but after how poorly they came out last time they took on Philadelphia, expect fireworks on Tuesday night. This one should be a good one.