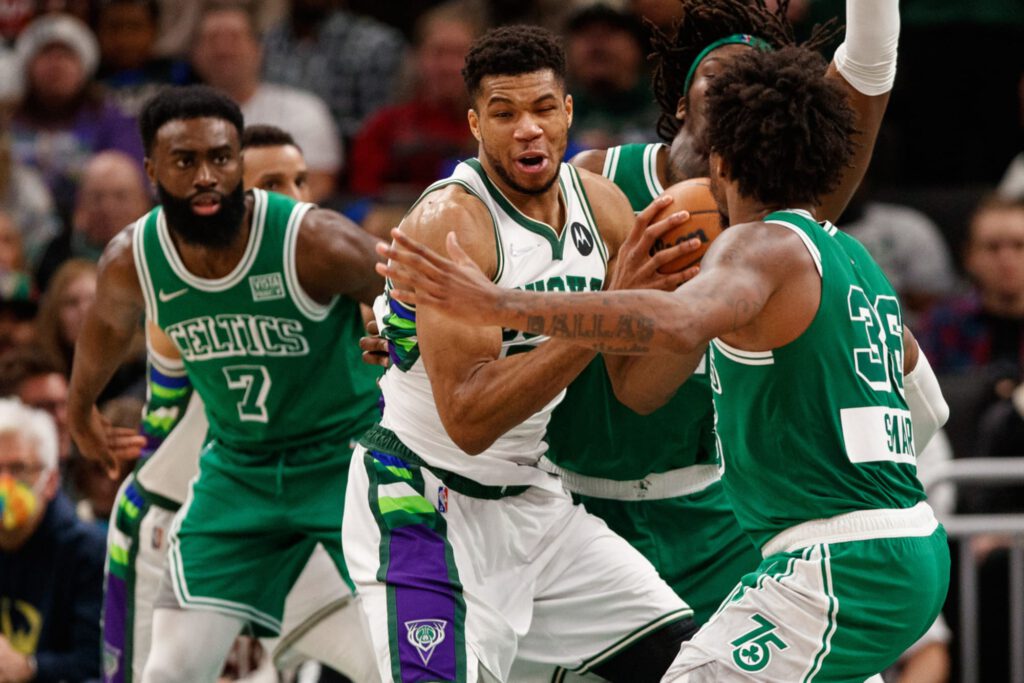 According to the online sports book Betonline.ag, the Boston Celtics are 8.5-point underdogs:

Jayson Tatum (knee), Al Horford (back), Robert Williams (meniscus), and Nik Stauskas (ankle) are all out against the Bulls. Marcus Smart is probable with a right ankle sprain.

Milwaukee only has two players listed on their injury report. Giannis Antetokounmpo is probable with right knee soreness, while Grayson Allen is doubtful with left hip soreness.

With their win over Chicago, Boston earned their 50th win of the season. They now once again hold the record for the most 50-win seasons in NBA history, surpassing the Los Angeles Lakers. After the game, Ime Udoka, Horford, and Smart all stressed the importance of health heading into the playoffs. So while the injuries listed should definitely be noted, it’s more likely that the Celtics are simply choosing to give some of their top guys some rest.

Just because some players aren’t competing doesn’t mean this game doesn’t mean anything, however. The result against Milwaukee will come with major playoff-seeding implications. After their win against the Bulls, Boston climbed up to second in the East, earning a half-game lead over the Bucks and Philadelphia 76ers. If they lose to the Bucks on Thursday, they would fall down into a virtual tie with the Sixers in third, and if the 76ers win, they’d fall to fifth.

The Bucks are just 1-2 in their last three games, but they’ve been giving their top guys some rest. Milwaukee is sitting at 49 wins on the season and looking to pick up their 50th on Thursday against the Celtics. A win would catapult them into second place in the East, but that might not be as ideal as it may sound.

With the Brooklyn Nets stuck in the Play-In Tournament, the first and second seeds in the East are in danger of playing them in the first round. And although they’re lower in the standings, not many opposing teams would love to play Kevin Durant and Kyrie Irving in a seven-game playoff series. There’s still plenty of room for movement in the standings, but avoiding the Nets is likely at the forefront of most teams’ minds.