The Celtics blew out the Bulls, putting themselves in control of their playoff destiny, playing the closest they have been to their former selves before Robert Williams III went down. 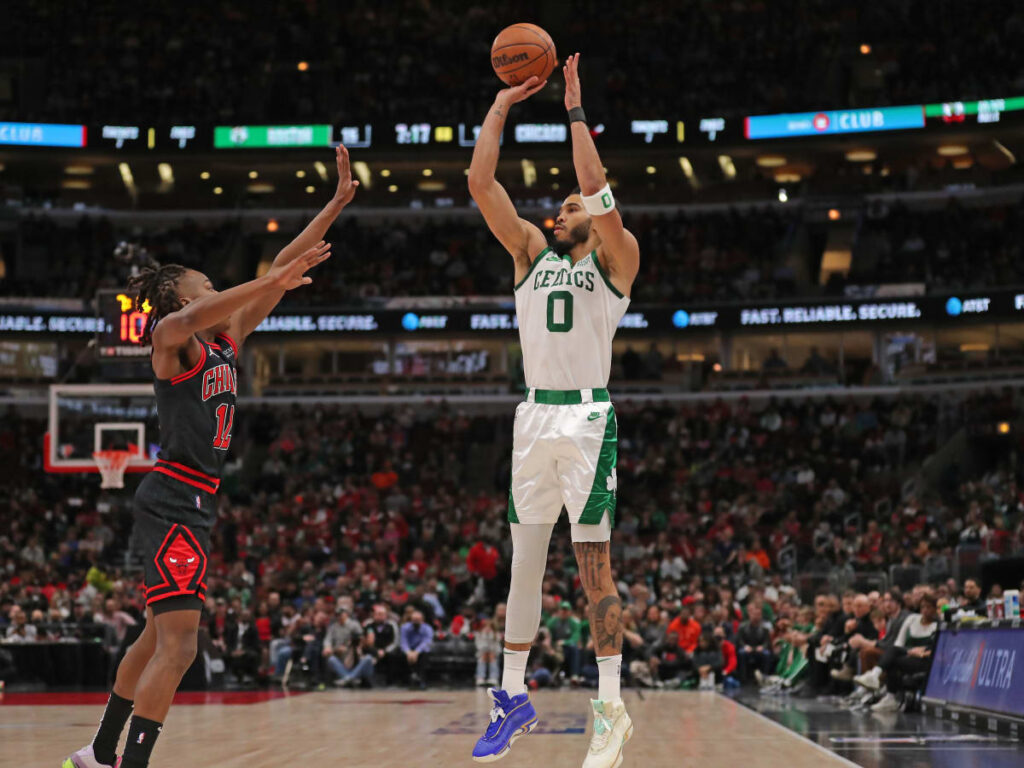 CHICAGO — The Celtics are back to themselves. It only took one week after Robert Williams III underwent surgery for Ime Udoka to find his starting lineup, rotations, roles for his newer players and uncover shades of the Boston team that blew out almost any opponent for two months.

After a 117-94 win over the Bulls on Wednesday, Boston now faces decisions on rest and standings management entering a back-to-back against the Bucks. To boil down a complicated array of scenarios into one sentence, a win on Thursday in Milwaukee would all but secure the No. 2 seed for the Celtics (officially with a 76ers loss in Toronto) and a Boston loss would send the team on a path toward the No. 3 or 4 seed.

“At this point, I’m going to do what I have to do,” Al Horford said post-game in Chicago, adding that he feels ok physically. “We know who we are already, but at the same time we have to have to see how I’m feeling tomorrow and go from there. The biggest thing for us is we have make sure we’re at our best as a team, but also health-wise. Physically. This past month, we’ve been playing some high-intensity basketball. Really good teams. So we’ll see what happens.”

Boston had added layers of needing to building connectivity on defense after the Williams III injury, finding a new rotation and continuing to acclimate Daniel Theis and Derrick White over the final games of the regular season. A process that’s still ongoing.

Theis fouled out in Chicago, but continued to assert himself as a versatile starting option next to Horford on his way to 15 points and six rebounds on 6-for-12 shooting. Horford and Theis held Nikola Vucvic to 13 points on 5-for-13 efficiency.

Udoka continued to press Theis’ positioning and decisiveness within the defensive scheme, stepping between Theis and Payton Pritchard into timeout over a lapse in communication on a Derrick Jones Jr. fast break layup. White, Udoka had said last week, needed to play more physically.

Theis initially called out Pritchard on the breakdown, before Udoka stepped in to assert what he saw into timeout to Theis in an animated conversation. The Celtics led 37-28 at that moment, Derrick White and Grant Williams mis-communicating a switch plays later, before Boston piled up stops on seven of the next 10 possessions and finished the game only allowing six fast break points.

The Celtics led 67-51 at halftime and never looked back.

“Talking, teaching point right there. We addressed it and improved on it and so just talked that out and stopped the run and went out and did what we do normally. It’s another game under 100 (points) against a team that scores at a high level,” Udoka told CLNS Media. “A lot of individual success with these guys, DeRozan coming off 50s and 40s regularly, to only have 16 there and LaVine have seven points, obviously we’re playing high-level defense and making others beat us. The focus was on those guys, we did a great job there, but more of the same of what we’ve been doing and what we expect from each other on a night-to-night basis.”

A familiar formula returned from the opening minutes. Horford attacked mismatches to help create three straight Boston buckets from the jump. Jaylen Brown and Horford’s first-quarter steals led to baskets, as did Horford’s block on LaVine at the rim. Horford’s 17 points, 10 rebounds, two assists, two steals and block on 7-for-7 shooting marked his most dominant statistical performance of the season. Brown scored 25 points for the 10th straight game, shooting 10-for-21, and again setting a tone in the opening quarter. He added four steals on the defensive end.

Defense turned to offense throughout, Marcus Smart and double teams quick to rotate on DeMar DeRozan. Udoka successfully challenged a tight Smart closeout before half that would’ve earned him his third foul. A frustrated Bulls collective picked up a pair of technical fouls between the second and third quarters. Smart, on another play, fronted Tristan Thompson in the post and successfully boxed him out.

“We’re a step closer,” Smart told CLNS. “Obviously the things Rob brings, it’s going to be tough to duplicate without him. To be honest, we might not be the exact same defensively like we were when Rob was here, but it just means we’ve got to change a couple things and everybody else has to step up a little bit more to protect from his absence. We’re definitely getting closer, but just the things Rob brings, we’re not going to have that until Rob gets back. Our defense is predicated around a bunch of other things that can help without Rob being there, we have Al, Theis, me, Jayson, Jaylen and other guys who can come in and pick up the slack for him.”

Several visuals looked closer to those Celtics. Chicago’s inability to reach the rim. A first-half 20 point advantage. The unmatched margins the Celtics won by in February and March returned against the Wizards and Bulls, not top-line competition, but also not teams that have completely rolled over in recent weeks. Offensively, the team remained prolific, whipping the ball around the half court and seamless avoiding double teams as Jayson Tatum passed his way to eight assists to overcome 5-for-18 shooting over Chicago’s length and pressure.

It could get more difficult with a Nets matchup potentially looming in the first round if the Celtics clinch the No. 2 seed in Milwaukee with a win and Philadelphia loss. Brooklyn moved back into a tie for No. 8, which they own the tiebreaker for over Atlanta, lining them up with the sinking Cavaliers for a one-game playoff for the No. 7 seed. Every first round opponent presents a challenge, whether it be Brooklyn’s firepower offensively, or Toronto’s length and size that could make the Celtics stagnant on offense, which s when they’ve played their worst this year.

A loss to the Bucks would establish a path to the No. 3 seed and a likely rematch with the Bulls, or at worst, the No. 4 seed and Toronto. What the Celtics may benefit from in terms of late-season rest or a more manageable first-round opponent would require trading away home-court advantage in the second round and potentially exposing Boston to any vaccination lapses on the roster that would impact availability in a Raptors series. Gary Washburn reported that two front line Celtics players are unvaccinated earlier this week. Unvaccinated players cannot enter Canada as of Jan. 15, needing the first or single-dose of the COVID-19 vaccine 14 days in advance.

Udoka said the Celtics will evaluate scenarios and consult with the medical staff, then make a decision later today regarding availability for the final two games. It wouldn’t be stunning to at least see Horford, who was probable with back soreness on Wednesday, miss the second half of a back-to-back after 30 minutes in Chicago. Horford said he’s feeling ok physically. Brown and Tatum also landed on the injury report as probable with knee soreness for the Bulls game.

“I’m a competitor,” Smart said. “So I’d love to play, but I do want to be fresh going into the playoffs, so whatever decision Ime makes, we’re going to roll with it.”