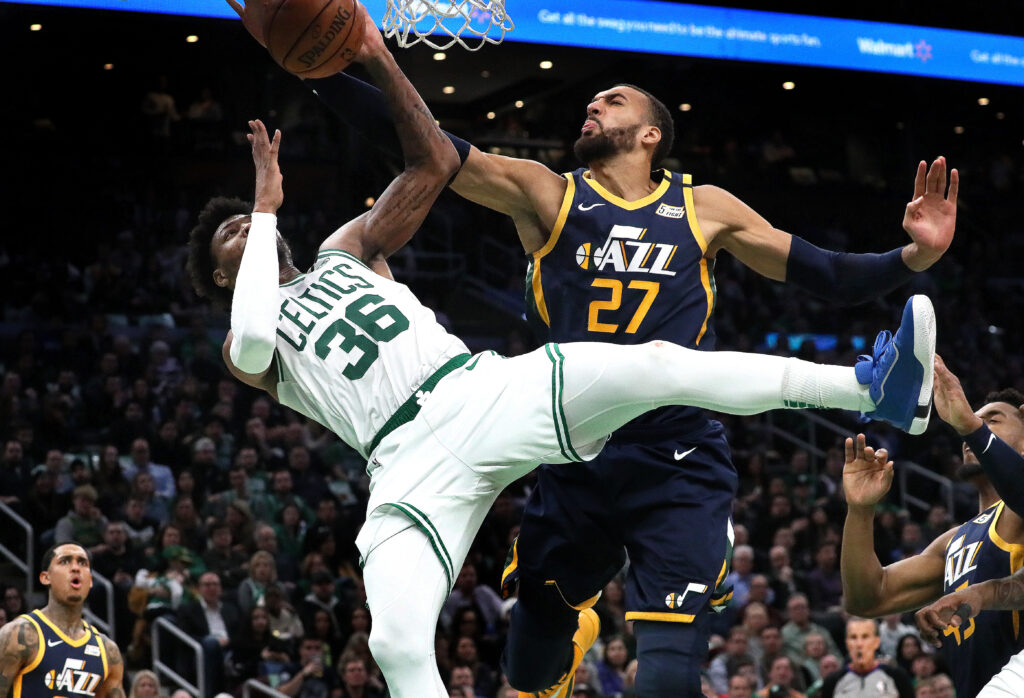 According to the online sports book Betonline.ag, the Jazz are 7.5 point favorites.:

Jaylen Brown is the only player listed on the injury report for the C’s tonight. He will be out due to injury management. Everyone else is cleared to play.

The only player listed on Utah’s injury report is Trent Forrest. He is questionable for tonight’s contest due to a non-COVID-related illness.

Boston rode the wave of their defense for the entire month of November. In that span, they held the third-best defensive rating in the entire league, while also having only the 20th best offensive rating. Needless to say, they looked significantly better on one side of the floor than on the other. Well, that trend seems to have continued into December, too. They only allowed 87 points to the Philadelphia 76ers the other night, but could only scrounge together 88 points of their own.

A big part of said offensive struggles is the play of Jayson Tatum and Jaylen Brown. Tatum put together a quality performance last time out, but Brown looks off since returning from injury. He’s averaging almost 10 fewer points, and his splits are down 10 percent from both the field and from deep, too. Brown is not available for tonight’s contest, and hopefully, that will give him more time for recovery.

On the flip side, Marcus Smart, Al Horford, and Robert Williams all look incredible. Smart seems to be the most reliable Celtic right now, creating open shots for others on offense and being the same hustle player on defense he’s always been. Meanwhile, Horford and Williams have been one of the best defensive duos in the NBA. Out of over 1000 two-player lineups that have played at least 100 minutes together, they have a top-15 defensive rating.

As for Utah, this season has been a bit of a weird one. Normally, the Jazz are known for two things – defense and knocking down three-pointers. While the defense has certainly been there (#6 defensive rating, 105.4), their shooting is only just coming around. At the start of the season, they were one of the worst three-point shooting teams in the league but now sit at around ninth in the league. They still rank first in offensive rating by a large margin (115.2), but center Rudy Gobert recently criticized the entire team:

“We’re letting a lot of games get away that we should win. At the end of the season, we’re going to feel stupid… I don’t know how many years we’re gonna keep losing in the playoffs and not learning from it. I might be 30. I might be 40. We need to put our egos aside and learn.”

Gobert made this statement after a recent loss to the New Orleans Pelicans. Their three-point percentage falls off a cliff when in clutch situations, and a big part of that is the looks they are getting. With this statement, Gobert is attempting to incite change that would, hopefully, not only see the Jazz be better right now, but also when the playoffs come around.

Historically, the Celtics usually have a tough time with the Jazz, especially when playing on the road. However, if the C’s want to start their road trip out the right way, maintaining their defensive intensity is key. Boston allows the seventh-most open threes in the league, but that’s simply a part of their defensive scheme. They might have to adjust tonight because as much as the Jazz struggled early in the season, their three-point turnaround has been robust. Letting the Jazz rain down threes should not be in the game plan.

Another area where the C’s focus needs to be is in the paint. Gobert is one of, if not the best rebounder in the entire league. Luckily, Boston has Horford and Williams to throw at him, but it needs to be a team effort on the glass. Tatum ripped down 16 boards last game, and another monumental effort like that tonight would go a long way for the Celtics.

Finally, Boston needs to worry about Utah’s role players. In the Celtics’ game vs. the Atlanta Hawks, the game plan was to stop Trae Young and let everyone else beat them – which they did. Tonight, instead of focusing on solely Donovan Mithcell, the C’s need to clamp down on everybody. The Jazz have six players averaging double-digit points, so Boston’s focus needs to be all over the court.

The Jazz have won two games in a row in blowout fashion, but both were against subpar defensive teams. The Celtics are far from that. Tonight should be a battle, but Utah’s offensive advantages might prove to be too much for the C’s to deal with.