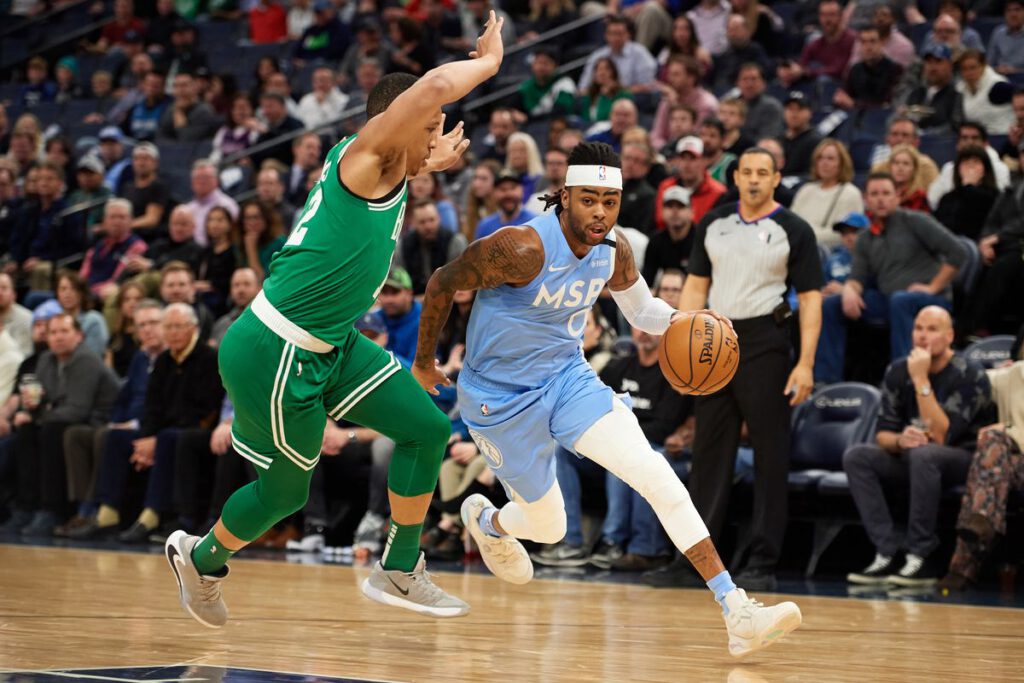 The Boston Celtics (46-28, 37-34-3 ATS) are back in action on Sunday night as they take on the Minnesota Timberwolves (43-32, 41-32-2 ATS). Boston is fresh off of a three-day break while the Timberwolves are looking to start stringing together some wins after a victory over Dallas on Friday.

According to the online sports book Betonline.ag, the Boston Celtics are 6-point favorites:

Jayson Tatum (right patella tendinopathy) and Jaylen Brown (knee) are both listed as probable for the game, while Al Horford is out due to personal reasons.

Malik Beasley and Jaden McDaniels are both dealing with ankle sprains and will not be active against the Celtics. In addition, Jordan McLaughlin (quad) is listed as questionable.

The Celtics are riding a five-game win streak that includes a dominant West Coast trip where they beat their opponents by an average of 20 points a night. They have been playing amazing basketball, and it all stems from their dominance on the defensive side of the floor. Considering where they started, their in-season turnaround is nothing sort of incredible.

As far as the standings go, the C’s have a real shot at nabbing first place. They are in a virtual tie with the Milwaukee Bucks for second, as both teams are just half a game behind the Philadelphia 76ers and Miami Heat in first. If the Sixers lose and the Celtics sin on Sunday night, Boston will take over at the top of the East.

Throughout the month of March, the Timberwolves have been one of the hottest teams in basketball. The T-Wolves are 10-3 in March and, like the Celtics, are playing their best basketball of the season. Everything finally seems to be clicking in Minnesota after years of finishing toward the bottom of the standings. And as great as their Big 3 has been, guys like Patrick Beverley and Jarred Vanderbilt have really set the tone for Minnesota this year.

Just like Boston, the Wolves find themselves in a tight playoff race out West. They are currently battling to earn the six-seed and stay out of the play-in altogether. Right now, Minnesota is 43-32 on the season, sitting in seventh, and is one game behind the Denver Nuggets for sixth place. Luckily for them, though, they have all but secured themselves at least the seventh seed, as they are seven whole games above the LA Clippers in eighth.