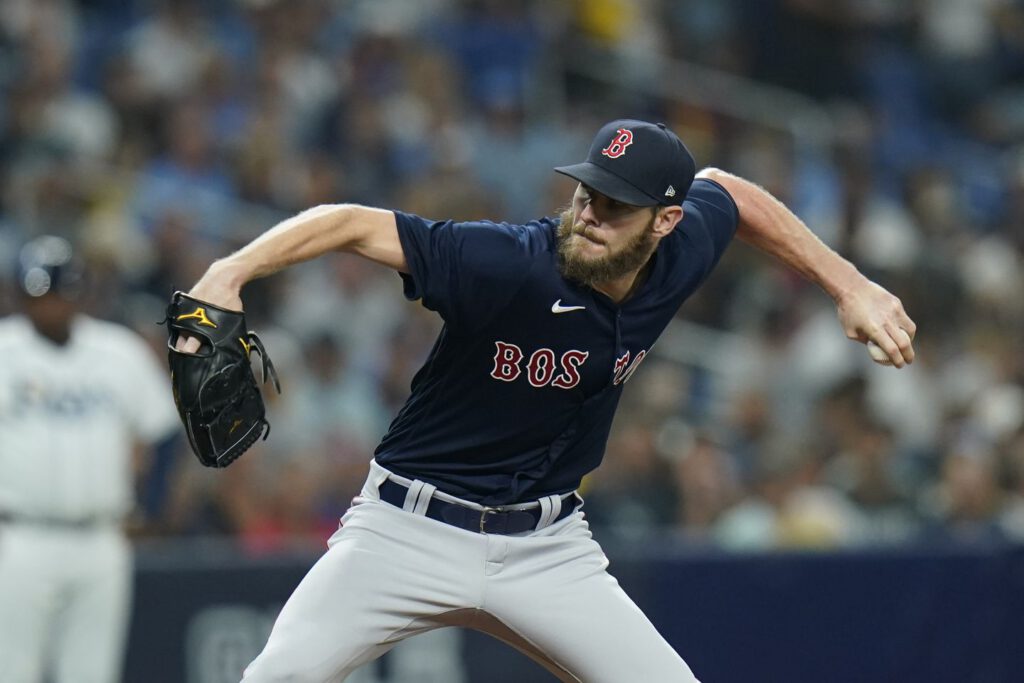 There is nothing worse in sports than when the game is taken out of the players hands, yet that is exactly what we got last night at Fenway. The Astros took down the Red Sox 9-2 on Tuesday in what was shaping up to be another instant classic. That’s until home plate umpire Laz Diaz got in the way. They’ll look to bounce back tonight before the series heads back to Houston on Friday.

The Red Sox finally get themselves an afternoon game, with the series continuing today at 5:08pm on FS1.

Last night swung a lot, including the series price. The Astros are now the favorite to represent the American League in the World Series just one day after being big underdogs. Here is the updated series price, plus game five odds, courtesy of BetOnline.ag:

Well before Diaz’s blown call, Red Sox shortstop Xander Boegarts put Boston on the board with a 2-run blast in the second inning:

It looked like the bats were going to go all night, but they quickly cooled off. Both teams went scoreless over the next six innings before Houston’s Jose Altuve took Garrett Whitlock deep in the eighth to tie it.

Boston got five solid innings out of righty Nick Pivetta. He let up just two hits and one earned run before being pulled for Josh Taylor to start the sixth.

Houston’s starting pitching continues to be unreliable. Zack Greinke went just an inning and a third for the Astros before needing Brooks Raley to get him out of a jam. The Astros then turned to four relievers over the next seven innings who shut out Boston and allowed just four hits.

We looked to be in for another potential walk off at Fenway, but then Laz Diaz struck. Red Sox ace Nathan Eovaldi seemed to have gotten the Red Sox out of a jam in the top of the 9th, but the umpire called the clear strike three a ball. The rest is history. Houston went on to score seven runs in the frame and took down Boston 9-2. Here is a look at the pitch:

If this is called a strike, the inning is over and the game stays tied.

But Laz Diaz called it a ball. pic.twitter.com/yIrBezqk89

Eovaldi himself clearly thought he got Boston out of the jam:

Nathan Eovaldi on 1-2 pitch to Jason Castro: "I thought it was a strike."

Let’s put Tuesday aside. The Red Sox are still clearly in this series. Despite no longer holding home field advantage, we’re now in a best of three with the winner moving onto the World Series.

Boston is sending Chris Sale to the mound, and they need him to step up. He’s been shaky recently, but this is what Boston paid him for. They have one more game at home this series. It all comes down tonight. I think we get a gem from Sale and Boston goes back to Houston up three games to two.

Broncos vs Chiefs | Fading The Chiefs At Home? | BetOnline All Access NFL Picks