Boston will look to stay hot and take a commanding 3-1 series lead in the ALCS. 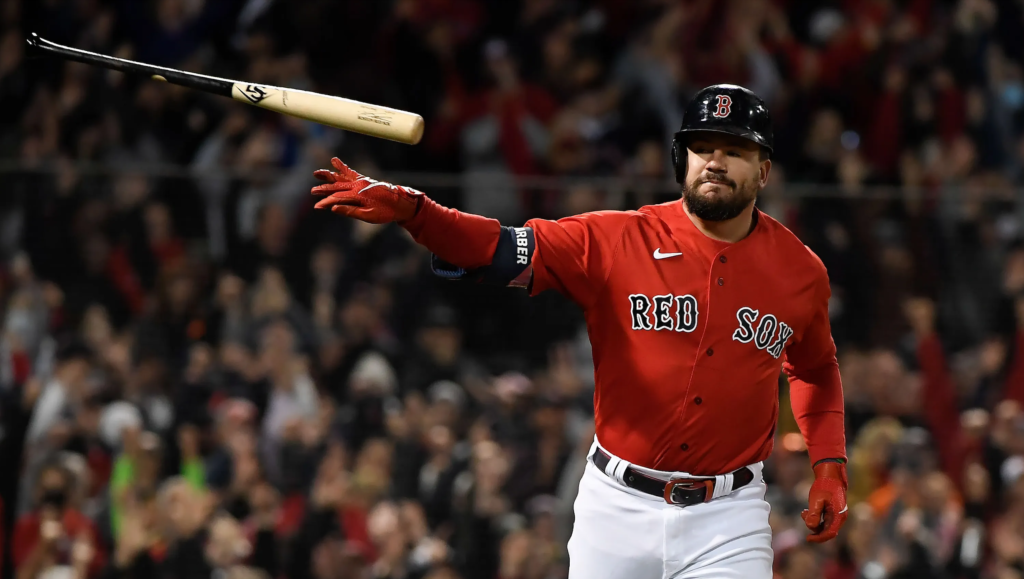 The Red Sox bats stayed scorching on Monday night as they took down the Astros 12-3. Fenway Park was once again rocking on a weeknight, further proving that life is just that much better when the Sox are winning baseball games in October. We also went 2-0 in our game three preview bets, but that’s beside the point.

The ALCS continues on Tuesday from America’s most beloved ball park. The game will air on FS1 with first pitch at 8:08pm.

After last nights dominant performance, the Red Sox are now the favorite to advance to the World Series at (-215). Here are updated odds for both the series and game four, courtesy of BetOnline.ag:

Boston kept their home run fest going on Monday, with first baseman Kyle Schwarber knocking out the teams third grand slam in as many days. Second baseman Christian Arroyo followed this up with a two-run shot in the following frame. Sluggers J.D. Martinez and Rafael Devers continued the trend by putting out two bombs of their own in the sixth and eighth innings respectively.

The Astros didn’t have any answers, putting up just three runs over nine. Eduardo Rodriguez did exactly what Boston needed him to do (outside of taunting Carlos Correia), going six innings and allowing them pitching flexibility moving forward.

Boston will send righty Nick Pivetta to the mound for game four. Pivetta went 9-8 for the Red Sox in 2021 with a 4.53 ERA. He put together a gem in game four of the ALDS against the Rays, going four shut out innings in relief while striking out seven.

Counter to the Red Sox, Houston has zero pitching flexibility. They’ll go with Zack Greinke on Tuesday. Greinke is a six-time All Star and a former Cy Young Award winner, but the 37-year old essentially pitched himself out of the Astros rotation. He went 11-6 on the year, but has yet to start a game this postseason. Houston is really struggling to keep up in the pitching department with their ace Lance McCullers still out with an injury.

How can you bet against this Red Sox team right now? They are on an absolute tear and these bats don’t seem to be stopping anytime soon.

The Astros only hope is outscore Boston, and I don’t see that happening with Pivetta on the bump. Red Sox win again at Fenway and go up 3-1 in the series.