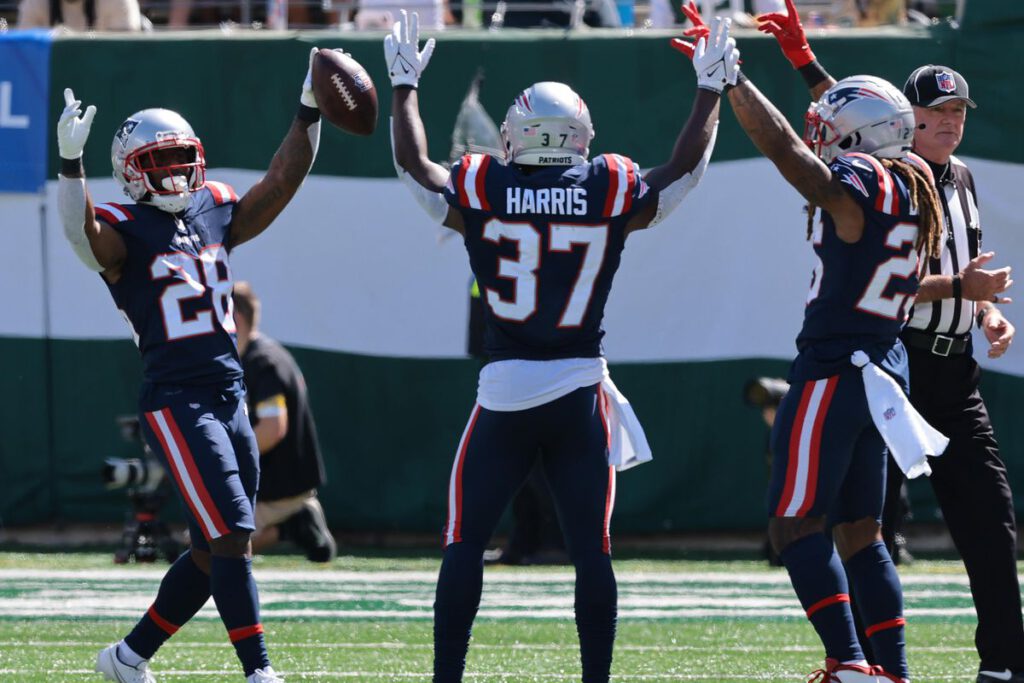 The New Orleans Saints travel to Foxborough Sunday to take on the 1-1 New England Patriots. The game will air at 1pm on FOX, with Adam Amin and Mark Schlereth on the call.

The Patriots will honor legendary wide receiver Julian Edelman at halftime of the game on Sunday. Edelman is the second leading receiver in post season history, behind only Jerry Rice in playoff receptions, yards, and 100-yard games.

Be here this weekend as we honor @Edelman11!

Let’s take a look at the betting odds for the game from BetOnline.ag:

The Saints also enter Sunday with a 1-1 record, having beaten the Packers handily in week one before losing to the 3-0 Carolina Panthers last Sunday.

Long time New Orleans franchise quarterback Drew Brees retired after the 2020 season, leaving Sean Payton and the Saints with Jameis Winston at the helm. The former number one overall pick has had an up and down start to the season so far.

This touchdown pass from Jameis Winston traveled 50 yards in the air.

Drew Brees attempted 9,421 passes for the Saints and never had one of those. pic.twitter.com/wTRbjtD9um

The Patriots got a win under their belt last week after their tough week one loss to Miami. They traveled to the Meadowlands and handled the Jets 22-6. As I stated in my preview of the game, Belichick generally feasts on rookie QB’s, and he did just that last Sunday. Bill certainly had Zach Wilson’s number, as he threw four interceptions in the loss.

After missing some practice time this week, running back Damien Harris was taken off of the injury report and should be good to go.

Good news for the Patriots, as RB Damien Harris (finger) has been taken off the injury report.

Saints center Erik McCoy was ruled out for Sunday’s game with a calf injury. Cornerbacks Marshon Lattimore and C.J. Gardner-Johnson are no longer on the injury report

The #Saints ruled out starting C Erik McCoy. But CBs Marshon Lattimore and C.J. Gardner-Johnson are a go. Big difference in the New Orleans secondary with those two healthy.

This is a premiere coaching matchup with Sean Payton coming to town to take on Bill Belichick. I think this could sneakily be one of the better games played this weekend. Mac Jones and the offense need to play well to set up what should be one of the most important games in Patriots history next week when Tom Brady comes back to town.

I think they’ll do just that. Belichick will have something dialed up to contain Jameis. Pats win and cover.