Boston Three Party Takes Over the Bay Area in Game One, Celtics Still Open as Underdogs vs. Warriors for Game Two

The Celtics were bombs away at the Chase Center on Thursday night and stole game one away from the Warriors. 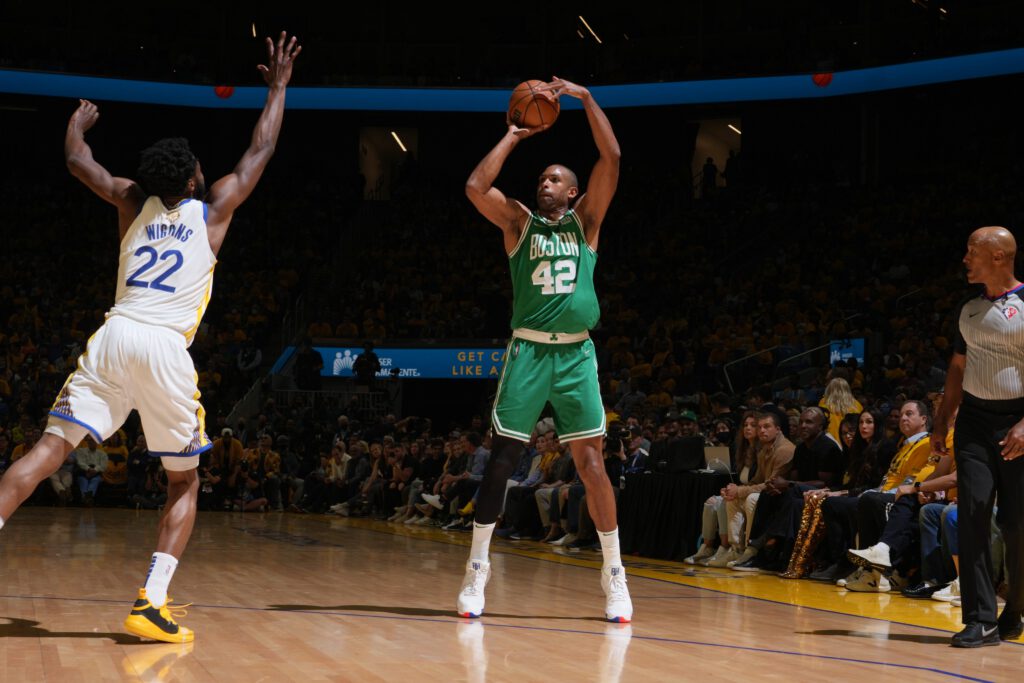 What a start to the NBA Finals.

After a disastrous start to the second half, the Celtics turned in an all-time fourth quarter performance and took down the Golden State Warriors 120-108 in game one. They now lead the NBA Finals 1-0.

Boston outscored Golden State 40-16 in the 4th and – with just over six minutes left – finished the quarter on a dominant 20-5 run and stepped on the Warriors throats. They went 9/12 from 3 in the final period.

Despite their outstanding game one win, the Celtics are underdogs to win game two according to BetOnline.ag. Here are the odds:

Checkout out the CLNS Media postgame show from Thursday night’s game one HERE on the Garden Report:

Al Horford led the Celtics in scoring on the night, putting up 26 points and shooting a dominant 6/8 from behind the three-point line. He paced Boston’s fourth quarter run.

Derrick White was also dominant behind the arc, hitting five of his eight attempts and pouring in 21 points off the bench.

Celtics star Jayson Tatum was a total shell of himself – shooting 3-17 and scoring a measly 12 points. Although he did have 13 assists, he looked to be Boston’s down fall on the night until their absurd fourth quarter comeback.

This is where having a 2 like Jaylen is incredibly valuable

As I mentioned on Twitter, it’s great to have a number two option like Jaylen Brown on your team when your go-to guy is off. Brown scored 24 points for Boston and started their dominant fourth quarter with five points of his own and a beautiful lob to Rob Williams. He was a +27 in the final period.

After an insane 21-point first quarter from Steph Curry, the Celtics held him to just 13 points the rest of the way – which kept the entire Golden State offense in check. Their second leading scorer was Andrew Wiggins with 20 points.

The Celtics need to keep their foot on the gas. They were able to steal one out from under the Warriors here, which allows them to control the series. They can’t give that up. If they can get the series to 2-0 heading back to Boston – the Warriors might not be long for this world… They could be begging for Celtics in 7.

Stay tuned right here on CLNSMedia.com for my game two preview ahead of Sunday night. #AllAbout18.