Boston is bringing back their former netminder to help them finish off the season. 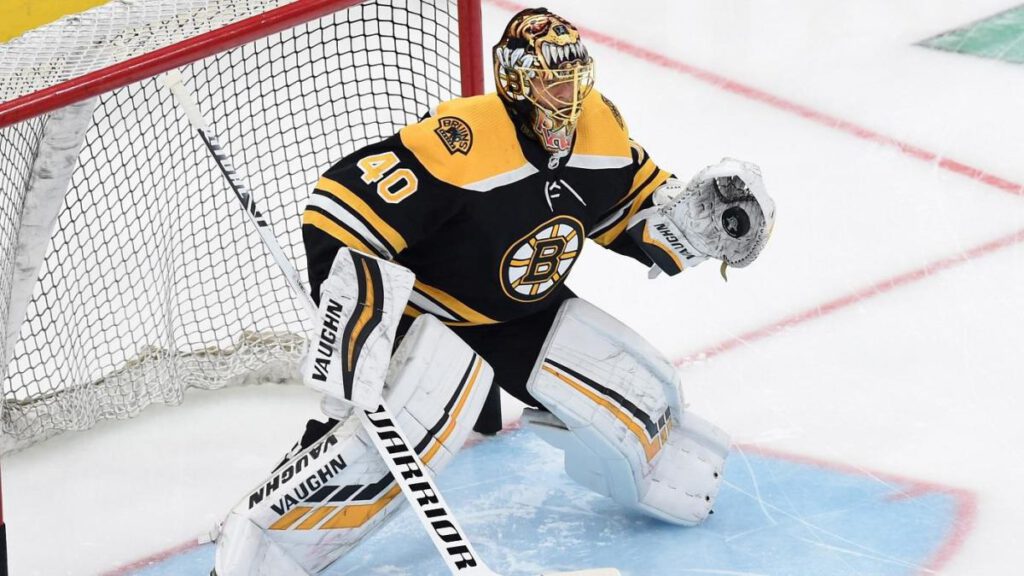 As first reported by @PuckPedia on Twitter, and then confirmed by the team, the Bruins are bringing back long-time goalie Tuukka Rask.

He is signing a prorated, one-year deal with the team for an AAV of $1 million and an actual earned salary of $545,000. Rask will be eligible to play immediately.

Winger Brad Marchand is leading the charge for the Bruins offensively this season. He leads the team in goals (16), assists, (20), and shot percentage (18.6%). BetOnline.ag has him tied for 11th in the NHL to win the Hart Trophy at (+3300).

Jeremy Swayman and Linus Ullmark have split the goaltending duties while waiting for Rask’s return, each starting 16 games thus far. Swayman is 8-6-2 while Ullmark is 11-5, but the rookie has the vet beat in goals against average, with a 2.25 vs. a 2.57. Swayman currently has the sixth best odds to win the Calder Memorial Trophy according to BetOnline.ag, with a 25/1 (+2500) chance to win the award.

When I wrote about the Bruins betting odds prior to the season, the goalie position was a big fat question mark for 2021-22:

After fighting through the end of 2020’s playoffs, goalie Tuukka Rask was diagnosed with a torn labrum in his hip at seasons end. Rask is currently an unrestricted free agent, but is recovering from surgery and plans to be a “cheap option” at goalie for Boston down the stretch.

To cover for Tuukka’s absence, the Bruins signed former Sabres goalie Linus Ullmark to a 4-year $20 million contract. They also have youngster Jeremy Swayman who will compete with Ullmark for the starting job. Swayman impressed last season and gives this team some hope between the pipes in a post-Rask world.

A boost in net might help this team get to where they want to be – this year. Bringing back Tuukka on a cheap deal is smart. But WHAT was that Ullmark signing this offseason?! A four-year $20 million deal for a guy to come in and play “meh” hockey, who now will just take reps away from your young stud in Swayman? You couldn’t have just platooned the kid until the inevitable return of Rask?

General manager Don Sweeney has mismanaged this roster time and time again over the last several years, and although Rask might give the Bruins a quick jolt, they’ll need a change in the front office if they want to have long-term success moving forward.